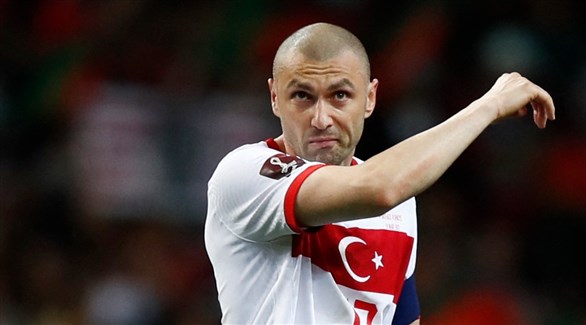 Turkey national football team captain Burak Yilmaz has announced his retirement from international football after missing a penalty in his team’s 3-1 loss to Portugal in the semi-finals of the 2022 World Cup European qualifiers. .

Yilmaz, 36, scored in the second half of yesterday’s match, giving his country a silver lining before squandering the opportunity to draw 2-2 when he hit the bar high in the 85th minute.

Turkish media quoted Yilmaz as saying: “If I scored from a penalty, it would be difficult for Portugal. I missed the penalty and I don’t know why, and I’m also surprised.”

He continued: “I would like to go directly into the subject. Today (Thursday) was my last match with the national team. A change has to be made, and since I took the lead in the past, the leadership must pass to my teammates.” and I support them from the outside”.

He added: “This is a final decision that was not influenced by emotions and was made with all prudence. This change must happen.”

Yilmaz scored 31 goals in 77 caps for the Turkish national team, which he represented at the 2016 and 2020 European Championships.

Yilmaz, who previously played in Turkey with Besiktas, Fenerbahce and Galatasaray, joined French side Lille in August 2020, who also confirmed his retirement from international football on social media.

Turkey last participated in the World Cup final in 2002, where they finished third behind champions Brazil and runners-up Germany.