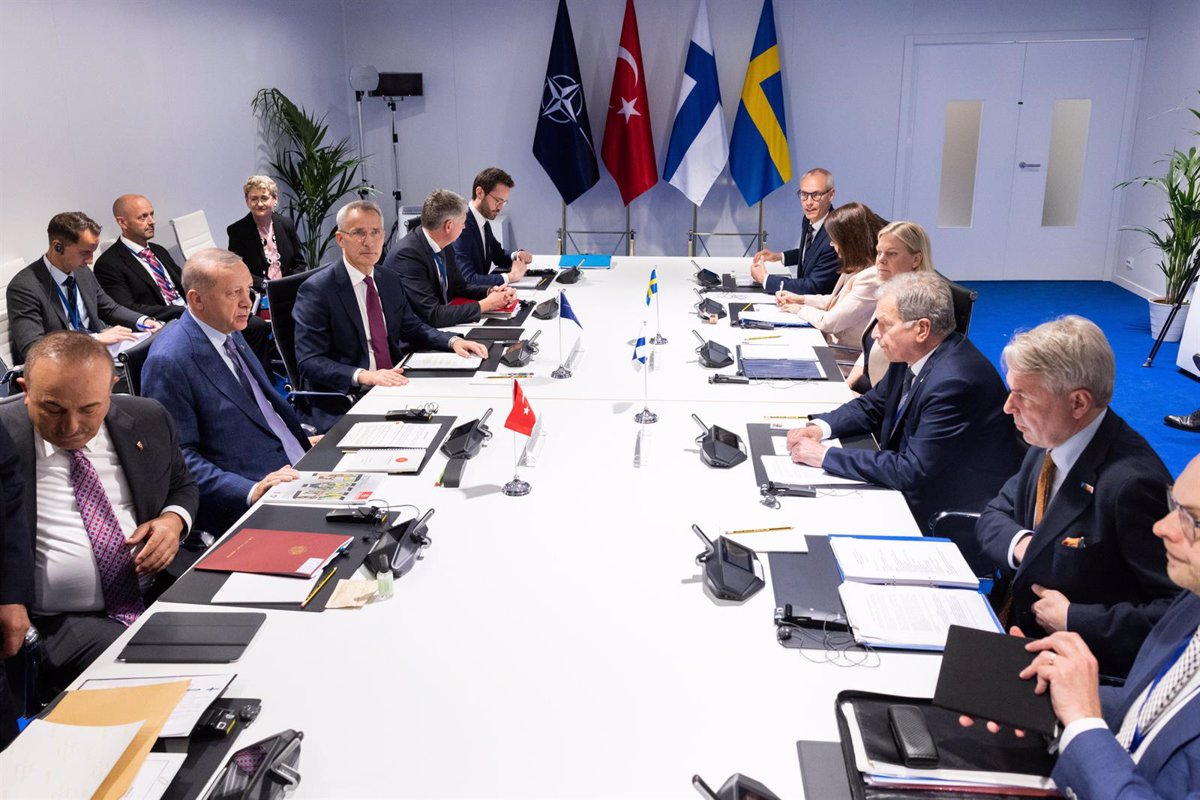 Meeting between leaders of Turkey, Sweden and Finland during the NATO summit in Madrid – -/NATO/dpa

The Turkish government has renewed extradition requests to Sweden and Finland against members of “terrorist groups” in a formality that puts the agreement signed by the three countries on the eve of the NATO summit in Madrid to the test.

Justice Minister Bekir Bozdag confirmed Wednesday that Ankara has again issued extradition requests against people linked to groups such as the Kurdistan Workers’ Party (PKK) or the cleric Fethulá Gülen’s movement, accused of attempting a coup in 2016.

Bozdag reminded that the two Nordic countries have not yet replied positively to any such request, but now he hopes that the situation will change due to the three-way agreement signed last week, according to Hurriyet newspaper. . .

This memorandum obliges the Swedes and Finns to consider the extradition requests of the Turkish authorities without going into details. However, the President of Turkey, Recep Tayyip Erdogan, said in Madrid that only Sweden had already agreed to send 73 suspects.

Erdogan warned that compliance with the agreement is a sine qua non for Turkey and Sweden to further advance their integration into NATO. Both countries signed protocols to join the alliance on Tuesday, but final membership is subject to ratification by each of the 30 member states, including Turkey.