Turkey dismantles a mine in the Black Sea 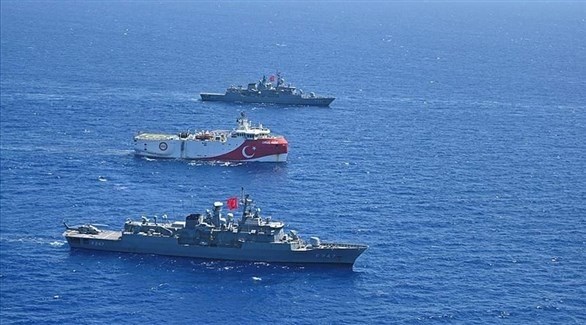 A Turkish military diving team on Monday neutralized a naval mine that slid off the country’s northwest coast, the Turkish Defense Ministry said, the second to be dismantled in the area in a matter of days amid the war in Ukraine.

NATO member Turkey shares borders with Russia and Ukraine on the Black Sea.

Last week, the Russian intelligence agency accused Ukraine of laying mines to protect the ports and said several hundred explosives had dislodged from cables and flown away. Kyiv denied the claim, describing it as misinformation.

“Defense teams have dismantled the underwater mine that was discovered off the coast of Ajnada,” said a statement issued by the Turkish Defense Ministry, referring to an area in Turkey’s Kırklareli province on the border with Bulgaria.

The Black Sea is a major shipping route for grain, oil, and petroleum products. It is linked to the Sea of ​​Marmara and the Mediterranean through the Bosphorus Strait, which passes through Istanbul, Turkey’s largest city and home to some 16 million people.

A shipping official said the mines threaten the shipping process.

On Saturday, Turkey told ships to stay away as a team of divers examined a “mine-like object” north of Istanbul.

Turkish Defense Minister Hulusi Akar later said that the army had disarmed that mine. A Reuters witness heard a loud explosion in a village north of the city. The object was first described as an ancient type of mine.