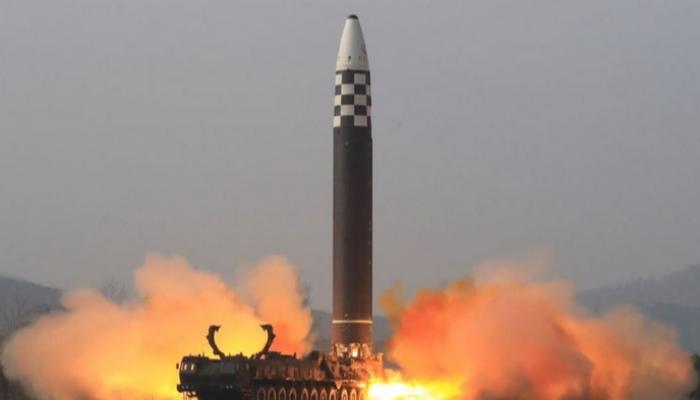 South Korean sources revealed moves in the northern neighbor to carry out construction operations at the Pyeonggye-ri nuclear test site.

According to South Korea’s Yonhap news agency, Pyongyang is building a “shortcut” to a tunnel at its Pyongyang nuclear test site, with the aim of quickly preparing for its seventh nuclear test.

Seoul reports that this nuclear test, if carried out, will be North Korea’s first in 4 1/2 years.

South Korea based its warning report on indications monitored by its military and intelligence authorities about Pyongyang’s approach to restoring the third tunnel in the northeastern mountainous region.

According to the same information, the initial construction work was suddenly stopped to restore the entrance to the third tunnel, where the excavation of the side (the tunnel) is currently being carried out.

This method structurally indicates the possibility of repairing the tunnel within a month, according to the same sources.

Last Thursday, North Korea tested a long-range missile, officially ending a moratorium it had placed on its “major strategic provocations.”

South Korean experts fear Pyongyang could test a small tactical nuclear weapon that can be loaded onto ballistic missiles as the “big national holiday” approaches.

North Korea’s National Day is linked to the founding anniversary of the People’s Revolutionary Army on April 25 each year.

In 2018, North Korean authorities closed 4 tunnels in Pyeonggi-ri, after carrying out demolitions in front of a small group of invited foreign journalists.

It seemed clear that North Korea’s missile test a few days ago came in the form of propaganda similar to what Hollywood movie producers do in the United States.

North Korean media broadcast a clip that included footage of the “Hwasong-17” missile, then a 10-second countdown to launch.

North Korea is no stranger to overproduction, but the video highlights how important the occasion is to Kim; The launch of the Hwasong-17 is a big step for the country, which is working to show that it is serious about developing a nuclear deterrent to defend itself in the event of a nuclear war.

The missile tests serve several purposes, including sending a strong domestic political message that Kim, who has been in power for ten years, cares for his people.

But that has become a difficult message, given the deteriorating state of the economy as a result of strict state-imposed lockdowns due to the coronavirus, which has hampered food supplies and money flows amid economic sanctions. in progress.