Tunisia.. Security surveillance and eradication of terrorism of the “decade of the Brotherhood” 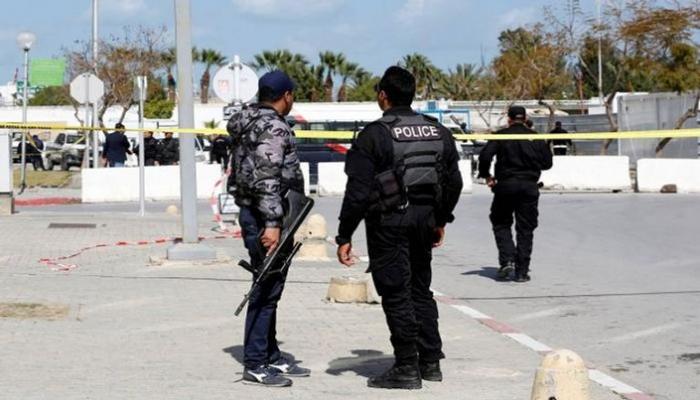 Since the decisions of Tunisian President Kais Saied on July 25, a fierce war against terrorism has begun to eradicate it at its roots after it spread during the decade of Brotherhood rule.

The second cell “intended to carry out terrorist operations and target the country’s security headquarters.”

A sum of 65 thousand Tunisian dinars was also seized, and 3 cars without license plates that they intended to move with them to carry out their plans.

Among those arrested was “a young soldier who was previously fired from the Tunisian Ministry of Defense for his extremist thinking, as well as a university professor who was studying abroad, while the other two worked in the trade of electrical goods and for the home”.

Yesterday, Wednesday, the Tunisian Ministry of the Interior announced the dismantling of a terrorist cell linked to the Daesh terrorist organization in the Tataouine governorate, in the south of the country.

The ministry said, in a statement copied by Al-Ain News, that security forces were able to uncover a terrorist cell called “Al-Muwahhidun” that includes 6 terrorists and is active in Tataouine Governorate.

He pointed out that the cell was run by a Takfiri element unknown to security, and its members swore allegiance to the leader of the so-called “ISIS” terrorist organization, and deliberately lured a group of young people from the same region to adopt the Takfiri ideology, and he also planned to manufacture explosive materials and poisons to be exploited in conducting operations.

Two weeks ago, security units in Jendouba Governorate, in the northwest of the country, managed to topple a terrorist cell made up of 11 takfiri in the process of preparing to commit a terrorist operation against security agents.

The Tunisian Interior Ministry revealed a month ago that it had thwarted a “terrorist operation” planned by a woman who had received training in Syria, and who planned to attack tourist areas with an explosive belt.

And last Saturday, the Tunisian Interior Minister, Tawfiq Sharaf El-Din, said, during his supervision of the regular meeting of the governors, that the security situation is good.

He stressed that the issue of terrorism is under control and work is being done to limit the recruitment of new elements, and announced the opening of several judicial investigations for crimes and important issues.

He stressed that the Tunisian Interior Ministry is working quietly amid historic security successes, noting that its goal is to establish security for citizens.

Tunisian security news outlet Khaled Al-Halawani said the arrest of terrorist cells, which exceeded 15 cells since the July 25 proceedings, would show that President Qais Saeed and his interior minister are working to eradicate terrorism seeded by the Brotherhood throughout the country. the decade of his rule to dismantle the state from within.

He continued in statements to “Al-Ain News” that the Brotherhood and its violent arms will not remain silent about the changes that are taking place, after a decade of spreading influence and power and looting public money, for which they are moving their terrorist cells . disturb order in the country and threaten civil peace.

He added: “We are not forgetting the lone wolves who responded to the calls of the Brotherhood, especially after Rashid Ghannouchi declared during his eulogy to a member of the Shura Council, when he described the security forces as tyrants, and these wolves began to move, like a month ago, a terrorist returning from Syria was arrested and was planning to attack tourist areas in the Explosive Belt.

He stressed that the Tunisian security forces and army are working hard and without complacency to establish security in the country, especially after the change of top management in the Ministry of the Interior and the dismissal of most of them due to their share in the secret. apparatus of the Ennahda movement of the Brotherhood.