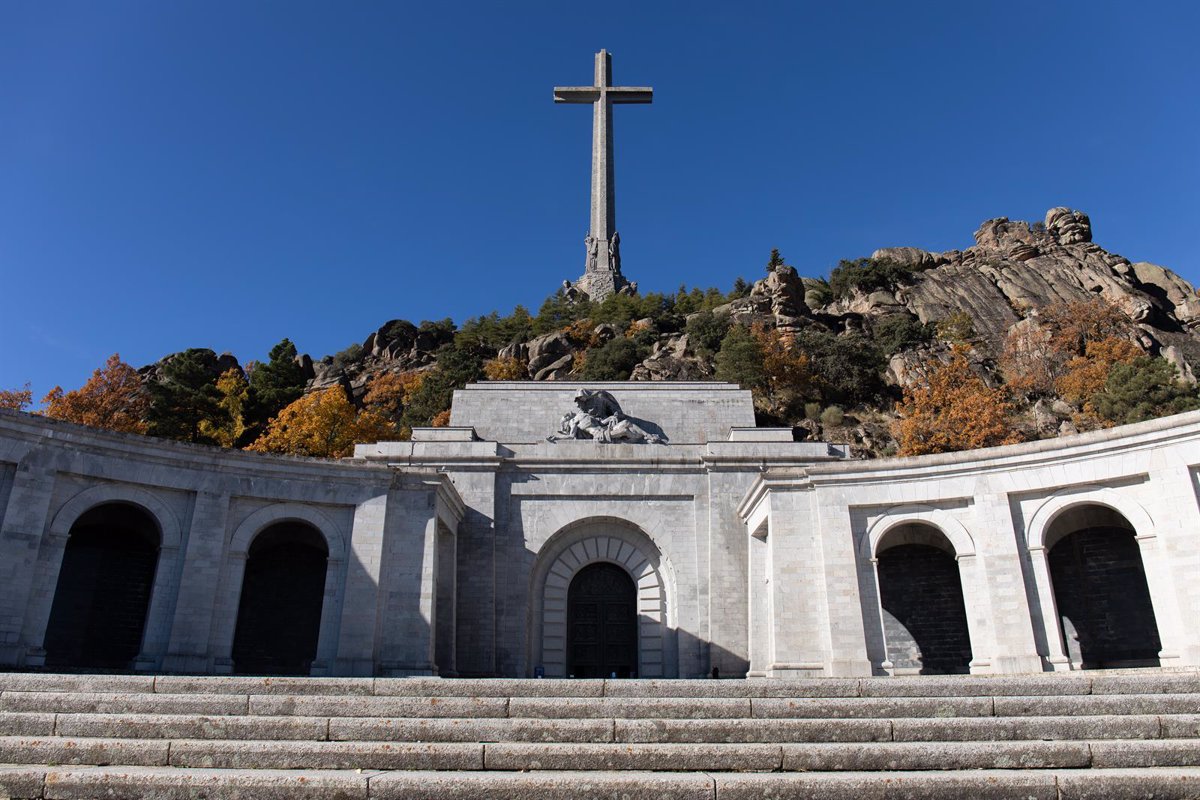 The Supreme Court of Madrid (TSJM) has agreed to lift the precautionary measure that prevented the exhumation of the remains of victims of the Civil War and Franco’s dictatorship buried in the Valley of the Fallen, since the scope of the subject of the intervention of the license would “none irreversible urban transformation of the “crypts”.

This emerges from a sentence to which Europa Press had access, in which the judges evaluate the appeal made by the prosecutor on behalf of the National Heritage against the decision of the Administrative Court of November 16, 2021 number 10 of Madrid.

The Second Section of the Administrative Dispute Chamber revokes this decision and agrees to oppose the interested measure suspending the enforceability of the agreement of June 24, 2021 of the Municipal Council of the City Council of San Lorenzo del Escorial.

This agreement granted the National Heritage Planning License granted by the City Council of San Lorenzo del Escorial to restore access to the crypts of the Basilica of Santa Cruz del Valle de los Caídos.

The judges conclude that “the legal presumptions do not agree to take the precautionary measure of suspending the effects of the granted urban development permit”, indicating that this “necessitates the confirmation of the complaint filed by National Heritage and the revocation order to refuse the requested precautionary measure”.

The Section stresses that “it does not follow that the scope of the intervention that is the subject of the license entails an irreversible urban transformation of the crypts, nor that it includes actions that go beyond the maintenance rates allowed in the catalog file. , consolidation and recovery measures go beyond . Opening gaps would be returnable to the previous state without undue difficulty.”

“Therefore, we do not understand that with the granting of permission, irreversible situations arise in the protected element, which could jeopardize the usefulness of the sentence,” emphasize the judges.

The Chamber notes that the appellant at the court alleges that the State applying for planning permission does not have availability for the property belonging to the Santa Cruz del Valle de los Caídos Foundation.

In this regard, she replies that this assertion “cannot support the precautionary measure in question, since it is known that town-planning permits are issued without prejudice to property rights and without prejudice to third parties”. It should also be remembered that in the present case the fact that the Foundation depends on national heritage is correct.

In November 2021, the controversial Administrative Judge No. 20 of Madrid agreed to temporarily suspend the building permit that the City Council of San Lorenzo de El Escorial had given to the National Heritage to exhume the victims buried in the Valley of the Fallen.

The suspension came because irreparable damage could be done before the appeal of the Association for Reconciliation and Historical Truth is decided.

The Government, through the National Heritage, applied to this City Council in April 2021 for an urban planning permit application to begin the exhumation and identification of the victims buried in the crypts of the Basilica of Santa Cruz del Valle de the Fallen and the were claimed by their relatives.

The Association for Reconciliation and Historical Truth requested the suspension, citing the “fundamental right to privacy of the deceased and their families and the need to respect sacred perpetual rest, which would be violated if they agreed to carry out the manifestly illegal works requested “.