Tsitsipas unfazed by his early exit from Indian Wells 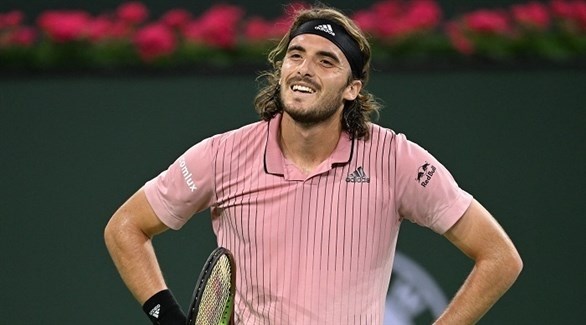 Greece’s Stefanos Tsitsipas was knocked out of the Indian Wells Tennis Championships but said he was “no longer bothered by losses after suffering severe elbow pain last season” so continuing to compete at the highest level was his ” greatest source of happiness.

The 23-year-old world number five started the match superbly against American Jenson Broxby in the third round of the tournament before eventually losing 1-6, 6-3, 6-2.

Tsitsipas had so much pain in his elbow last year that the French Open runner-up considered retiring for good, but he underwent successful surgery and is starting to recover in 2022.

“Honestly, I’m not too disappointed,” Tsitsipas told reporters after his loss. “My arm is in good shape. I’m happy to continue playing and competing.
“I’m excited. I want to accomplish things this year. I’ll see how far I can go.”

“Of course, I hope to do well at the Grand Slam. For what happened to me, I feel satisfied and I don’t see any negative aspects,” he added.

Tsitsipas had previously said that his doctor was surprised at how quickly he recovered from surgery late last year.

In 2022, the Greek player reached the semifinals of the Australian Open and the Acapulco Championship, and reached the final of the Rotterdam tournament last month.

Summing up the 2022 season so far, Tsitsipas said: “It’s much better than I could have imagined before.

“Being on the pitch is the greatest source of happiness and joy for me after suffering from chronic elbow problems.”