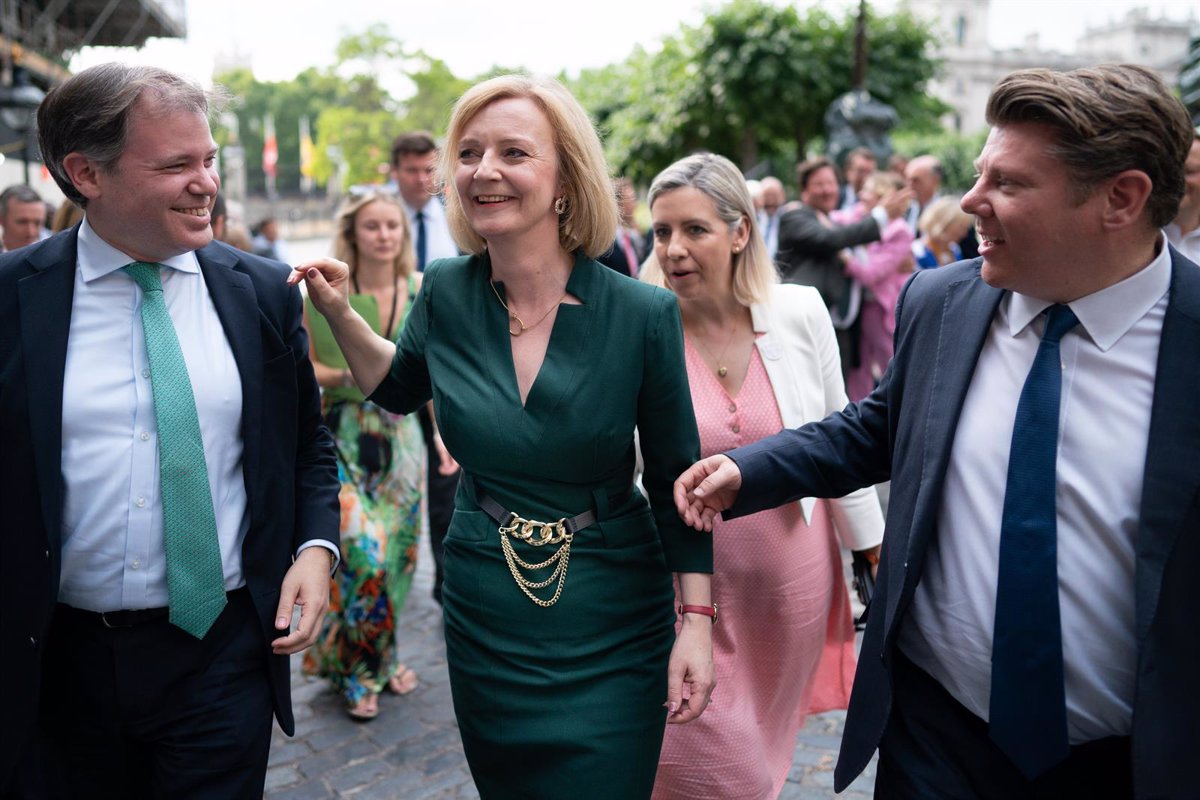 Britain’s Foreign Secretary Liz Truss this Thursday criticized former Treasury Secretary Rishi Sunak’s fiscal policies when he was in charge of the Treasury and has dismissed comparisons to former Prime Minister Margaret Thatcher now that she is running as a candidate to succeed Boris Johnson as head the government.

Thus begins the six-week election campaign ahead of the vote that will take place at the end of the summer in which Conservative Party militants will elect their new leader and thus the new British ‘Prime Minister’.

Truss stressed that if elected, she would be able to “lower taxes and control inflation,” despite the rise in prices recorded in particular as a result of the Russian invasion of Ukraine.

In that sense, he has attacked what he sees as an “economic orthodoxy” exercised by British governments over the past 20 years which, according to The Guardian newspaper, has “failed” to deliver economic growth.

That’s why he blames it on ideas backed by the UK Treasury and the Financial Times newspaper, whose economics editor-in-chief said on his Twitter account he was “surprised” to learn “he’s been running the country”.

“My taxes will bring inflation down,” Truss insisted, justifying these measures and stressing that the current policy is a “scam.” “We’re headed for a recession, so we have to do something different to generate growth and put money in people’s pockets,” he said.

However, she has expressed that she is willing to increase health spending as promised by Johnson, whose work she has defended. “I think he did a fantastic job in the 2019 election, he gave us an overwhelming majority. He has complied with Brexit and the vaccines,” he assured.

On comparisons with Thatcher, she has argued that she is “her own person” independent of the former prime minister and has ruled out sending troops to Ukraine. “We will do whatever is necessary for Ukraine. We led an international coalition to send aid and we imposed sanctions. But we will not support direct involvement of British forces,” he clarified.