Trump criticizes reports that his private plane has crashed: It’s all lies 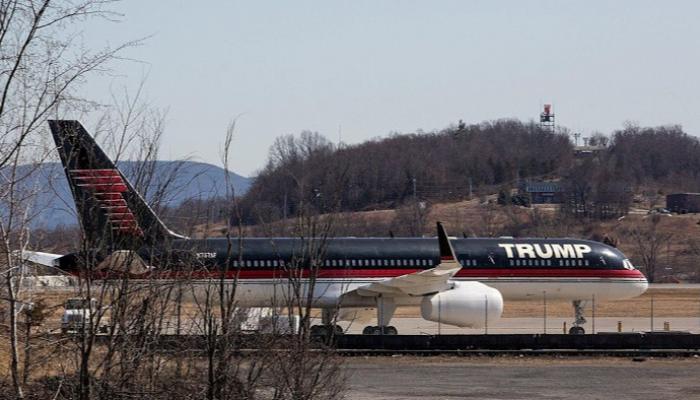 Former US President Donald Trump has denied the authenticity of reports that his private plane stopped working in a dire state, calling them “false.”

Trump’s Boeing 757 was an icon of his 2016 presidential election campaign, but it disappeared after he arrived at the White House, according to The Hill.

But recently published reports indicated that it is still out of business and in poor condition in New York.

The former president denied these reports, apparently referring to what was published by the British Daily Mail, saying: “The report that my plane was out of service at Stewart Airport in New York, New York, is false. It is grounded because it does not I don’t think I’ll need it until 2025.” .

“My aircraft, the Boeing 757, is undergoing a major scheduled maintenance program that will be completed in approximately 90 days and then will be back in service… I was not allowed to use it during my presidency, and I did not,” Trump added.

Trump’s comments came after last week’s request for donations via emails sent through his “Save America” ​​organization to help fund Trump Force One.

The fundraising letter stated that Trump had “a very important update on his emergency and reminded potential donors that he used to fly in his private plane, called Trump Force One, before he became ‘the greatest president of all time’.” .

A private plane carrying Trump made an emergency landing last week after one of its engines failed after he appeared at a donor meeting hosted by the Republican National Committee in New Orleans, Louisiana.

The plane was reportedly traveling to his residence in Mar-a-Lago, Florida at the time of the crash.

- Advertisement -
Share
Facebook
Twitter
Pinterest
WhatsApp
Previous articleThe people of the United Arab Emirates and their national cadres are the real bet for the industry of the future.
Next articleBoric assumes the presidency of Chile; He promises to redistribute wealth