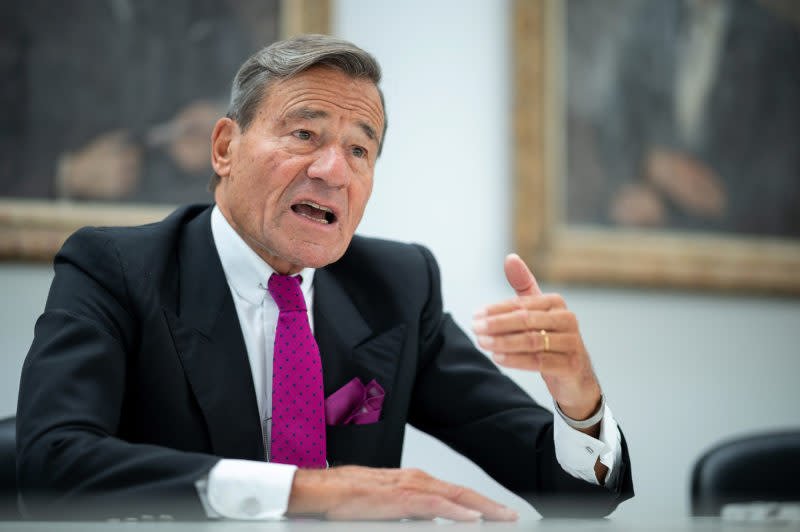 The head of the family-owned company Trigema, Wolfgang Grupp, has spoken out in favor of more gas imports from Russia, broadcasters RTL and NTV report. “We should take it as long as we can. The economy needs it,” Grupp said.

The cost of the gas you need has recently multiplied by nine: from 100,000 to 900,000 euros per month. “If things continue like this, we would have to stop production,” says Grupp.

Wolfgang Grupp is one of the last German textile entrepreneurs still producing in Germany. To be precise, in Burladingen in Baden-Württemberg. The Trigema brand is best known for the polo shirts and the above advertising with the monkey in front of the “Tagesschau”. The 79-year-old took over the family business more than 50 years ago.

The reason for the sharp increase in prices is the war in Ukraine and Germany’s dependence on Russian gas. With 55 percent, Russia is Germany’s largest gas supplier. There is currently a debate about not buying more gas from Russia due to the war of aggression and thus damaging the Russian economy.

Grupp also spoke to the announcers about the state of the Bundeswehr. The “serious errors” are evident there. “Billions are distributed here. And the economy has to bring in these billions that are being distributed,” Grupp said.

- Advertisement -
Share
Facebook
Twitter
Pinterest
WhatsApp
Previous articlePrince William and Kate greeted with protests in Jamaica
Next articleI was successful twice, so he asked for the discount. Milan draws inspiration from the power of Expo 2020 Dubai (photos)