Tremendous Opportunities in the Ukraine War 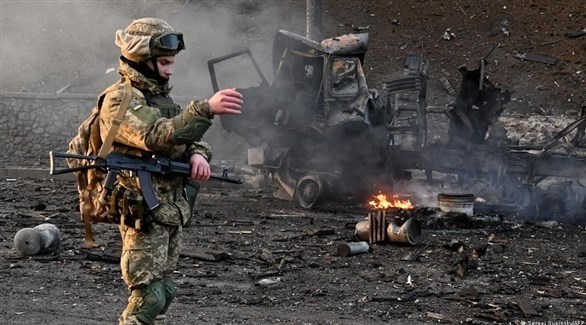 It is true that in wars everyone loses, and diplomacy must not lose its momentum and self-confidence to stop the Russian military operation in Ukraine as soon as possible, but despite all the tragedies and the waste of wealth that it entails the war in Ukraine. , and despite the spread of inflation and high prices, and some problems in global supply chains.

However, the Ukraine crisis could be a great opportunity to prevent the outbreak of major world wars in the future, especially in the Asian continent between China on the one hand, and the multiple and gigantic military alliances recently established by the United States in the Pacific. . and Indian, so how can the Ukraine war be a barrier and a barrier to the recurrence of the European theater of war in Asia? To what extent can Russia, Europe, the United States, China and the whole world benefit from this war?

According to the calculations of the elements of the comprehensive power of the countries, the outbreak of a war only on the Ukrainian territory is much better than the outbreak of a full-scale war between the United States and such alliances as “Okos”, ” Quad” and “Five Eyes” on one side, and China on the other. The war in Ukraine represents for all a test of strength in the comprehensive political, economic and military sense. Through the Ukraine crisis, each side can test and review its strengths and weaknesses. The details of the Ukrainian scene clearly tell everyone that the war is neither easy nor a picnic. The thirty countries of NATO are in a state of real readiness for war, and the United States is only a few meters away from entering a third world. war, it could easily turn, as Russian Foreign Minister Sergey Lavrov said, into a nuclear war, and today everyone sees Washington as the “most dangerous test” of unipolar leadership, and China is under unprecedented pressure to strike a balance between its broad interests with the West and its strong relations with Russia.

Faced with this scenario, regardless of the final results of the Russian military operation in Ukraine, Russia assures him of the magnitude of the pain and penalty of the economic sanctions and exposes its citizens to discrimination and suffering, and that the repercussions of the war against can not be eliminated in the near future, since sanctions will have a significant impact on the Russian economy. Even replacing the arsenal of ammunition and hypersonic missiles being used in Ukraine will take a lot of time and high costs, just like the United States. , the European Union, NATO, Japan, Australia and the so-called “values ​​alliance” have confirmed the suffering of a war in a country adjoining the borders of NATO and the European Union, which makes the United States think a thousand times before deciding to fight a global war or against China in the Indo-Pacific.

China must stop the same conclusion and with the same force, which has started reports in the US press claiming that it is preparing to retake Taiwan by force next fall, despite Beijing’s repeated denials of these reports.

The last eight decades say that the atrocities of the Second World War have led humanity to be careful when entering into major wars, and perhaps the Ukraine war will be the new witness that pushes everyone to reconsider their accounts in future wars.