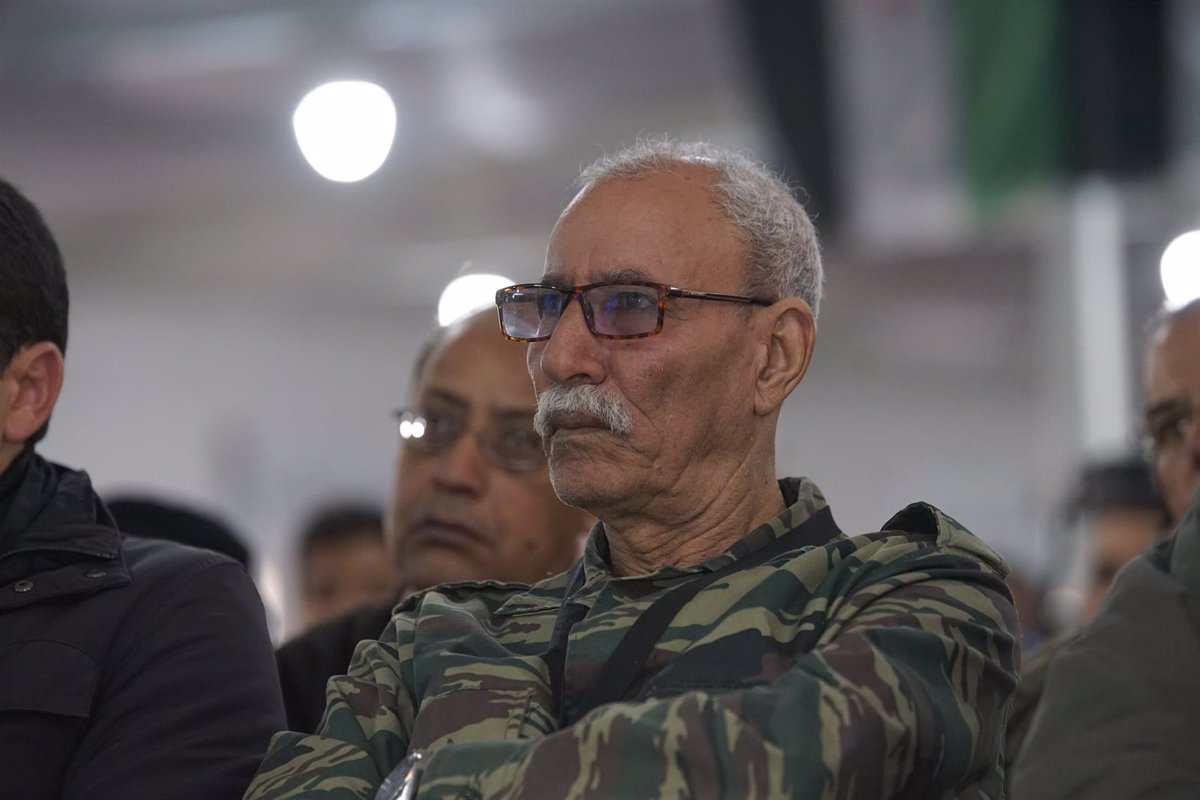 The Council for Transparency and Good Governance (CTBG) has asked the Foreign Ministry to report the dates on which Polisario Front leader Brahim Ghali was authorized to enter Spain in 2021, as well as the instructions they gave to the security forces issued responsible for border control to allow their entry.

This independent authority, in its resolution collected by Europa Press, points out that in January 2022, the department headed by José Manuel Albares rejected an applicant’s application on the grounds that the matter of Ghali’s entry into Spain “is the subject of an investigation by the court of instruction number 7 of Zaragoza”.

Foreign Affairs was aware that in this case there were limitations on access to information and a duty of confidentiality under Article 14.1 of the Transparency Act and with 304 of the Criminal Procedure Code (LECrim).

It is recalled that in June this year, the head of the Investigative Court No. 7 of Zaragoza, Rafael Lasala, agreed to extend the investigation into the so-called “Ghali case” for another six months and redirect it to the forged passport used, to identify the leader of the Polisario Front, Brahim Ghali, upon his arrival at San Pedro Hospital in Logroño. She took this decision after the Zaragoza Provincial Court ordered the files of the investigation into former Foreign Minister Arancha González Laya.

THE CONDITION OF SUMMARY

Dissatisfied with Foreign Affairs’ response, the complainant filed a complaint with the Transparency Council, claiming that the LECrim Article was not applicable in this case. And on the procedural proviso, he complained that the ministry had not presented any evidence for this, “nor a court order that expressly declares the complete or partial secrecy of the procedure”.

He recalled that the matter was constantly in the press, noting that everything from resolutions to videos of the testimonies had been made public: “Since this summary is not secret, there is therefore no impediment to not providing the information .”

After receiving the Transparency file, the Ministry maintained its thesis, recalling that “the content of the summary procedure is reserved by law and the information requested is also the subject of such a procedure”.

“The disclosure of information outside the core of the investigation is detrimental both to the parties themselves and to the investigating body, as it omits the assessment of relevance that it has made and is undoubtedly detrimental to those who have no opportunity to challenge the contribution of the above information,” he explained, claiming that the dynamics of the statement would be broken.

In its response, Albares’ department added that in the case of Ghali’s entry – who landed from Algeria based in Zaragoza and was transferred to La Rioja to be treated for illnesses caused by Covid – this information should be offered imply that “the guarantee of confidentiality or secrecy required in decision-making processes is compromised”.

Thus, from foreign policy, they concerned what they had already said in the inquiry before Judge Rafael Lasala: “Certain information could not be broken down because it constitutes an official secret classified as such by virtue of the agreement of the Council of Ministers on October 15, 2010 , which declares a number of matters secret”. And they warned that their disclosure would therefore constitute a violation of Law 9/1968, of April 5, on official secrets.

This point was later refuted by the complainant before Transparency, arguing that there was “no specific declaration of official secrecy” in this matter.

DOCUMENTS PREPARED IN THE PROCESS

Transparency shows that there is already a consolidated criterion according to which “the violation of the equality of the parties and of effective judicial protection are linked to the mere existence of a judicial proceeding, without being able to justify the extent to which knowledge of the information requested can be such a disadvantage cause, are not sufficient to justify the refusal of access under the law”.

It also recalls that the restriction of access to information related to ongoing court proceedings is usually limited to documents drawn up expressly for the purpose of the proceedings and notes that this is not the case.

Regarding the duty of secrecy of acts in court proceedings, the secrecy of the summary, the Transparency Council states that the content of a summary “has a limited scope and cannot be extended to any document relating to the case, except that of the investigating magistrate so expressly ordered”.

It adds that the request for information in this case does not consist in obtaining “procedures” or knowing of acts, but rather in knowing of “public information”.

As to whether it is an official secret, this independent administrative authority states that the ministry “has not demonstrated how the confidentiality of the decision-making process could be compromised in the event that the requested information was provided”.

“Especially if we take into account that more than a year has passed since Brahim Ghali entered Spain, which would determine the loss of the allegedly confidential nature of the information, which, we repeat, has not been proven,” he says.

THE ARRIVAL OF GHALI

The leader of the Polisario Front arrived on April 18 in an Algerian plane at Zaragoza Air Base without going through border controls or papers, from where he went in an ambulance to San Pedro de Logroño Hospital, a health center where he was hospitalized the name Mohamed Benbatouche, who is to be treated for illnesses related to Covid-19, was included. Ghali’s presence in Spain provoked a protest from Morocco.

On June 2, he left the country from Pamplona after testifying via videoconference before Supreme Court Judge Santiago Pedraz on several lawsuits filed against him over alleged human rights abuses in the Sahrawi refugee camps in Tindouf.