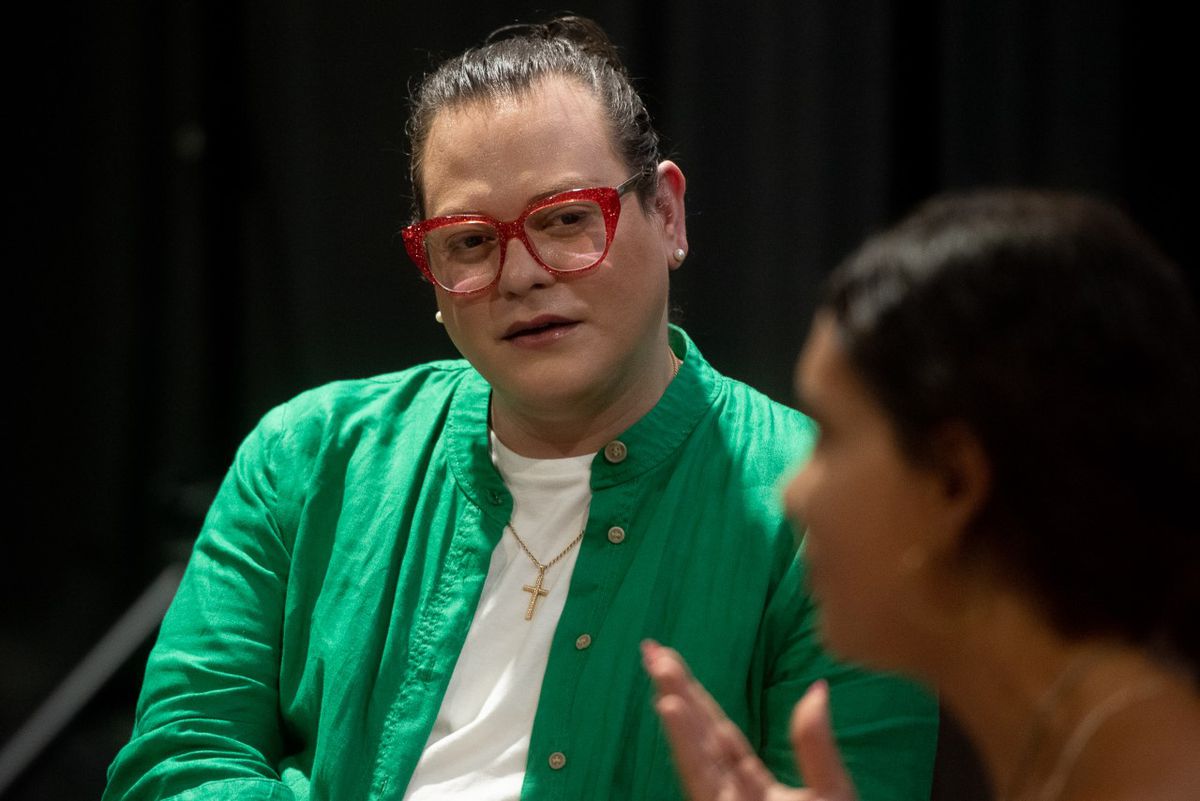 Daniela Vega became an international celebrity in 2018 when she starred in the Chilean film a fantastic woman who won an Academy Award for Best Foreign Film and was the first trans actress to host the Hollywood film ceremony. His personal success was very important to make visible and promote the rights of trans people in Chile and not only there. But she doesn’t say that. Because “others have to say that,” says the 33-year-old interpreter in a conversation she had with trans activist and journalist Daniela Requena this Tuesday as part of the first Summer Campus, organized by the film academy in Valencia. Vega is the godmother of this initiative, which develops eight projects by as many filmmakers under the premise of inclusion.

“I’m an actress, producer, poet, I come from afar to be close,” the interpreter affirmed introductory, thoughtful, reserved, with biting humor. “If trans rights are a trend, welcome. It is interesting that people’s different realities can be brought to the fore. Art takes over people’s reality long before politics, even science, and then the market picks it up. That creates visibility, it’s a way that the people who are inside can open the door,” he said.

He was reacting to the progress that has taken place in the visibility of the transcollective in the media, in series, in the cinema over the past four or five years, to which presenter Daniela Requena, 30, had pointed out. Known on social networks as Daniela Sirena (on Tiktok she has 828,000 followers), in which she shared her transition, she explained that this exposure was “very positive” for the development of her life and professional project.

A very different visibility from Vega, who lives apart from the world of social networks. “There was no reference I could look at to make a transition. And I did it from my gut, from my intuition,” she recalled with a serious expression, her hair tied in a bun. “If you ask me how it feels to be the first prominent trans artist in Chile, I’m sorry. How can 200 years of republic have passed and be the first. Before they killed us. It’s not a good fact, but there are people who need to be first. And I charge nothing for bravery. My job is to be an artist.”

He then highlighted the example of the women in his family, “strong, with a lot of character” who would have helped him “understand that they can’t trample on you”. “I can’t be me, invent my nature,” he explained at the Valencian Film Library to attendees at the campus, organized in partnership with Netflix and with the support of the City Council. He also didn’t forget to mention Liliana Fernández’s lecturer and Pedro Almodóvar’s films.

Vega was less optimistic than Requena in consolidating the conquered rights. He was referring to the US Supreme Court’s recent ruling against abortion. “My optimism has to do with the battles that have taken place that can be lost if we are not careful. Nothing in life is guaranteed.” “For you and I to sit here, there have been people who have fought and died and that must never be forgotten,” he added.

The Chilean actress joked that she felt like a 63-year-old lady. “Personally, I don’t need to constantly validate myself with my outward signs, there are people who do, well, as long as I feel peace…” he added. At his side, Daniela Requena demanded the freedom to do what you want with your body and to show it. “The new generations have new paradigms. If I was born again, I would be born again trans, it’s the only way of life I know, it has a very special poetry, why not,” he said.

Vega emphasized that the trans label is now useful thanks to the “pride” achieved. She will be a guest artist at the Gay Pride Celebration in Madrid. “The label works because there is a pride. It used to be a group of eccentric people who got together to mix colors. Today, thousands, millions of people come together to create color,” said the artist, who has yet to publish a book of poetry.

The activist criticizes the fact that the dictator Augusto Pinochet died in his home, that as a senator he passed laws in full democracy and emphasizes that “Chile is going through a very important transition phase, from one constitution to another”. And he added: “Artistically, we’re a country without big palaces or buildings, but with what’s there, we’re capable of doing things.”

The Chilean interpreter looks for normality without renouncing anything: “All my characters have changed. I was a boy, a girl, a nun, a cop, I was trans and genderless, and the audience following my work no longer wonders if the character is trans or not. This is achieved through work. Life gave me nothing, I earned everything.