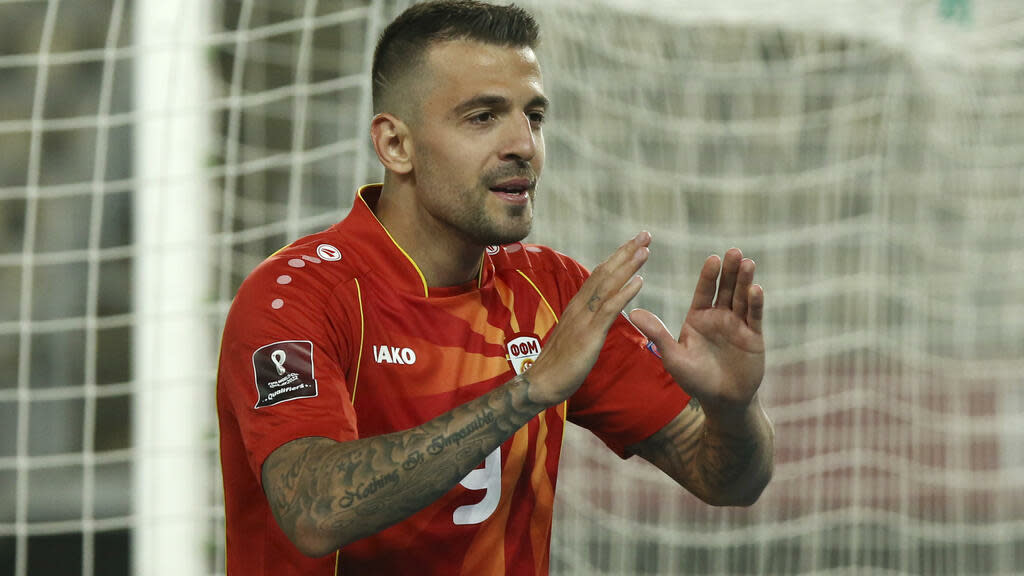 Italian football was in shock on Friday after the national team failed to qualify for the World Cup for the second time in a row after a 1-0 loss to North Macedonia in Palermo.

The headline on the front page of Tuttosport screamed: “Nooooooooo!” Below is an image of defender Giorgio Chiellini consoling goalkeeper Gianluigi Donnarumma.

La Gazzetta dello Sport headed with the same image and the headline: “Out of the World Cup”.

Meanwhile, the front page of Corriere dello Sport showed Chelsea midfielder Jorginho with his face buried inside the match shirt alongside Donnarumma. The caption read: “To hell.”

Italy failed to send a team to Russia in 2018 but redeemed national pride last summer by winning the European championship.

Roberto Mancini’s side were expected to qualify for the 2022 World Cup after being drawn from a group consisting of Switzerland, Bulgaria, Lithuania and Northern Ireland.

However, Switzerland claimed the group with five wins and three draws. While Italy’s comeback of four wins and four draws sent them to the play-offs.

They were expected to make progress against North Macedonia, who only played their first international game in October 1993.

But even with home court advantage, Italy blew their chance.

Aleksandar Trajkovski made them pay the price for their inaccuracy with the winner in second-half stoppage time.

“Last summer was the most beautiful joy,” Mancini said. “Now comes the biggest disappointment. I feel so sorry for the boys.”

Mancini, who took over after not qualifying for the 2018 World Cup, added: “I am the coach, I am the first person in charge, the boys are not. They have a great future, they are strong players for the future of the national team.” National selection. We didn’t deserve this loss.”

Italy had 32 shots on goal against North Macedonia’s five.

The victorious coach Blagoja Milevski highlighted the irony of victory at the last breath.

“We won Italian style against the Italians,” smiled Milevski. “A goal with two shots on goal. I am very happy for this victory, I am proud for these guys”.

North Macedonia, which never qualified for the World Cup, will face Portugal, who beat Turkey 3-1, next Tuesday for a place in Qatar.