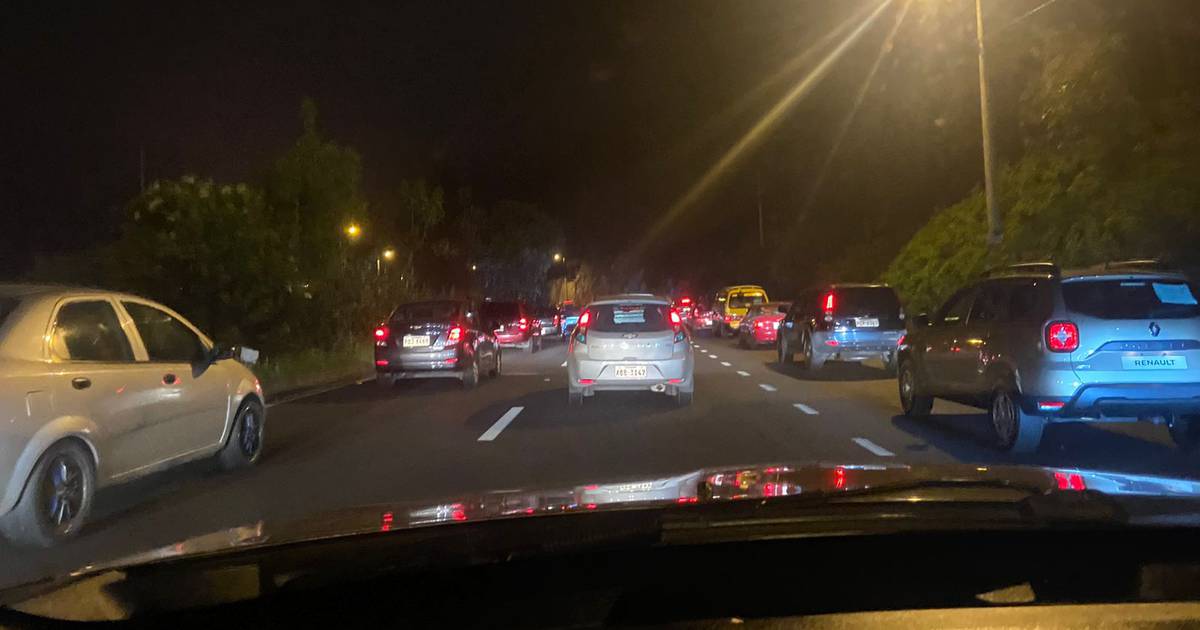 Several drivers reported that there was a load of heavy vehicles on Simón Bolívar Avenue, near the International University. In the pictures you can see how the cars are moving slowly.

The Metropolitan Transport Agency (AMT) pointed out that there are several road closures due to the protests (fourth day) taking place in the capital:

In the case of the General Rumiñahui and Simón Bolívar highways, the closures take place in the detour sector. In a video posted by the profile @SomosEstrategia, it can be seen that the protests do not allow vehicles to move forward.

For its part, the Municipality of Quito clarified that the Guayasamín toll is activated and that its operation has been normal this week. The La Marín, Río Coca and Ofelia micro-regional stations are operational, despite low user demand.

While for today the stops of the South West Corridor are suspended as well as the operations of the service bus system, to protect the safety of users due to the crowds on the roads.

- Advertisement -
Share
Facebook
Twitter
Pinterest
WhatsApp
Previous articleGamarra (PP) believes Oltra “shouldn’t be a minute more” after her impeachment
Next articleDiego Pagán, the king of dry breads and an innovator in the Murcia region