Traders who were organizing a vegetable fair in Latacunga were attacked 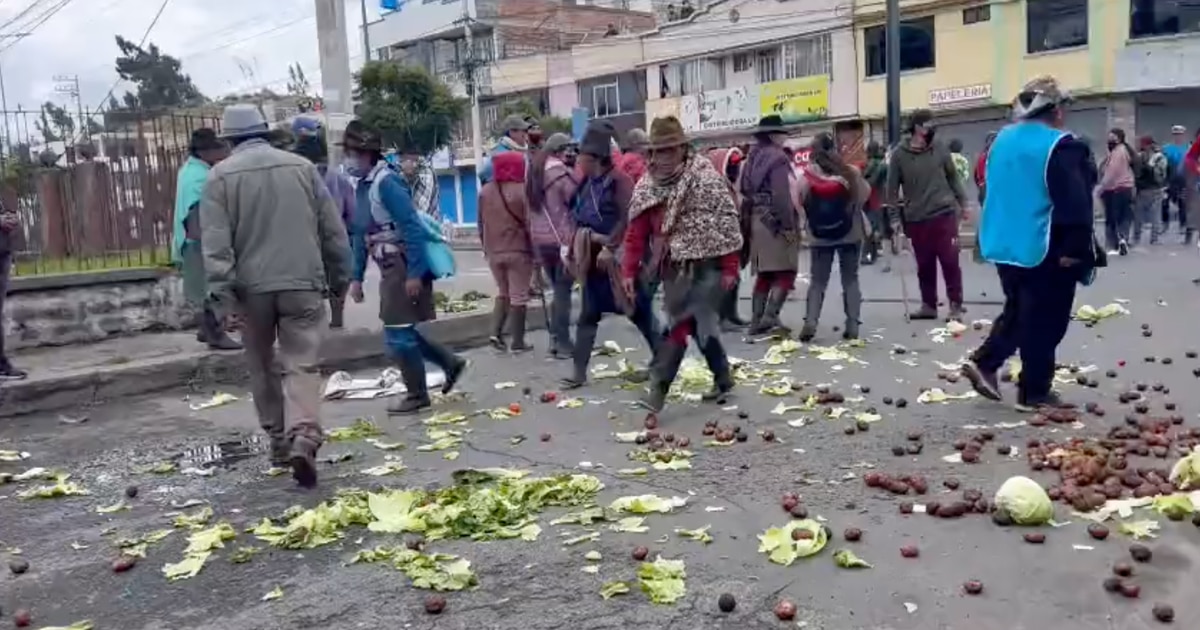 There are 11 days of strike and there are those who want peace in the country by working, to bring bread to their homes. While all peaceful protest is respected, acts of vandalism and violence are rejected. This time a group of traders was attacked by protesters in Latacunga.

In video, it was broadcast on the networks. Traders organized a vegetable fair in the Salto sector. But the situation turned violent when a group of protesters started throwing the produce on the ground and attacking it with potatoes and lettuce.

The fear now among traders is great because there are a few trucks threatening to “loot” or destroy the premises if they don’t close. Likewise, the few cars in circulation had their tires lowered, as well as bicycles and motorcycles.

The center of Quito has once again become the scene of intense clashes between Ecuadorian police and demonstrators who, for the eleventh consecutive day, are taking part in demonstrations against the high cost of living and the economic policies of the government of President Guillermo Lasso.

This time, the unrest focused on El Arbolito Park. The incidents began after the government allowed the indigenous movement access to the House of Ecuadorian Culture, adjacent to the park to set up a popular assembly and policed ​​since Sunday to prevent the indigenous group from going there. arrive and rehearse the park scenes. 2019.

Entering this space was one of the conditions set by the indigenous leader and main promoter of the protests, Leonidas Iza, to accept the constant invitations to dialogue with the government made both by President Lasso and by numerous social and religious organizations.

- Advertisement -
Share
Facebook
Twitter
Pinterest
WhatsApp
Previous article“His outfit failed him, what a pity”, JLo’s clothing breaks in the middle of a concert and the networks do not forgive him
Next articleHow do you know if a friendship is over?