Tourism in Cuba.. The Ukraine crisis is a “bump” on the road to recovery 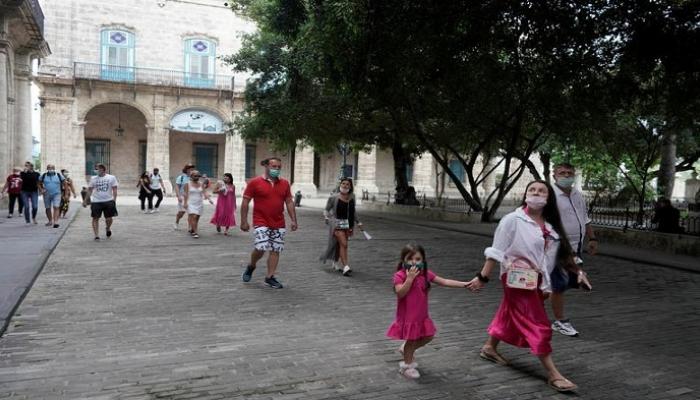 At a time when Russian tourists represented Cuba’s “lifeline”, given the sector’s losses due to Corona, the Ukrainian crisis deepened the island’s problem.

The Viñales region, located 180 km west of the capital, Havana, is one of the most popular tourist areas in Cuba

Viñales is a picturesque town famous for its steep and dusty hills, included in the list of the United Nations Educational, Scientific and Cultural Organization (UNESCO), and that is usually full of tourists, especially from Europe and Canada, but the situation changed in March 2020 after the start of the Covid-19 pandemic.

Tourism revenue also fell from $2.2 billion in 2019 (the country’s second-largest source of revenue after medical services provided to foreigners) to $559 million in 2021.

At the time, Russian tourists were the only salvation for the Cuban government, after they suddenly flocked to the island, especially to its beach hotels.

The proportion of Russian tourists visiting the island increased by 197% between 2020 and 2021, surpassing all other nationalities for visitors.

But the conflict in Ukraine has dealt a heavy blow to the Cuban tourism sector. In early March, some 6,000 Russian tourists were evacuated in an emergency, after several countries decided to ban Russian airlines from flying in their airspace, forcing ticket sales to be suspended.

This was a shock for Cuba. Since then, tracking tourists in the country has become a rarity.

For its part, the government is optimistic, and this week reiterated its stated goal of attracting 2.5 million tourists by 2022.

But tourism expert José Luis Perio is more cautious and states that “the war between Russia and Ukraine is not an isolated event between the two countries. It affects the entire European tourism market”, stressing that “this issue creates a very confusing environment”.

He added that “the increase in the number of Russian tourists in Cuba was a conjunctural fact” that helped alleviate the repercussions of the absence of tourists of other nationalities during the pandemic, but it is not the goal of tourism on the island.

In the last thirty years, the majority of visitors to the island have come from Canada, Great Britain, France, Germany, Italy, Mexico and the United States.

The expert highlights that “world tourism has received one of the strongest blows since the Second World War”, and its recovery will take a decade.

In addition to global challenges such as rising fuel prices that will increase travel costs, the island is reeling under heavy US sanctions.

The expert deplores that US cruise ships are no longer allowed to dock in Cuba, which is experiencing increasing food shortages, and cruise companies are sometimes reluctant to suggest Cuba as a destination for their clients.

But a ray of hope appeared, on Friday, with the docking in Cuba of the British cruise ship “Marella Explorer Two”, with some 900 passengers on board. This is the first ship to return to Havana since the pandemic began.