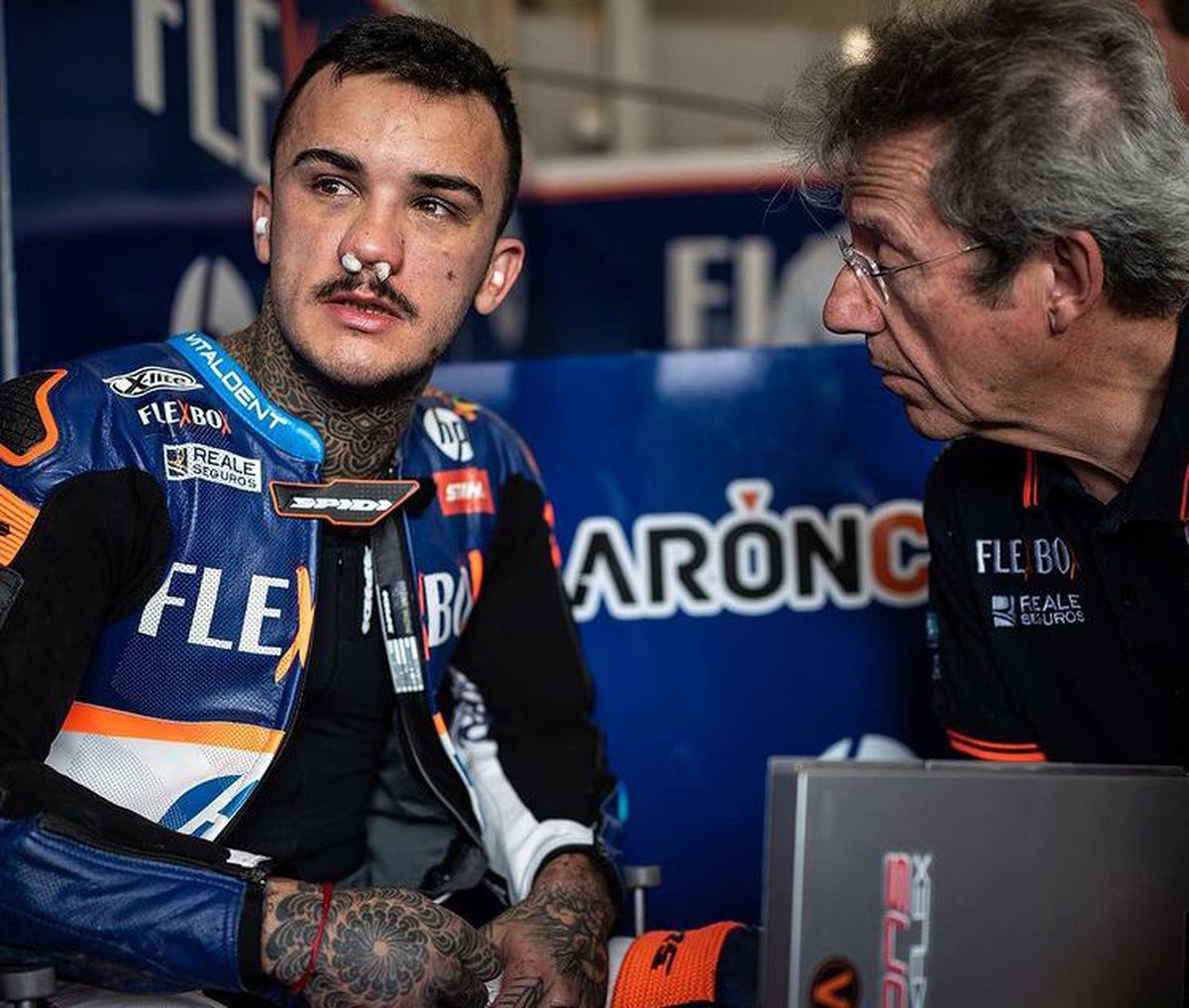 Valencia’s Arón Canet, one of the Moto2 title contenders and fourth in the World Championship now that the summer holidays are here, had a real nightmare in June. The ordeal of the 22-year-old driver, who is from Corbera, began on the 11th when he and his partner were involved in a road accident while they were going to Alzira to pick up a cake in a luxury car. It was no small scare and it is that the pilot himself during the German GP recounted how he saw himself with his eyebrow touching his eyelid, his nose broken and his face smashed. When the Samur arrived at the scene, Canet was unconscious after fainting. The vehicle was split in two after hitting a side wall of the roadway.

“I get scared when I think about it. It’s something I don’t like to talk about because it’s a really traumatic experience. I almost lost my life,” Canet said honestly to the DAZN microphones. Although he was able to race at the Sachsenring and finished ninth place, the Pons Racing driver was struggling with severe pain and nosebleeds the whole time. Assen’s problems were so severe last weekend that he was forced to abandon Saturday’s test after visiting a clinic to perform cautery and try to stop the bleeding, which doctors failed to do.

“Instead of improving it, they spoiled it more because they touched a lot by the nose. It’s the greatest pain I’ve felt in my entire life, I almost fainted,” he said after the procedure in the Netherlands. Canet, a unique and recognizable guy in the paddock Because of his naturalness and confidence – also because of the visible tattoos that cover his whole body – he put himself back in professional hands this Monday at the Hospital Universitari Dexeus in Barcelona to find a definitive solution and his bleeding problems once and for all to stop for everyone. . The operation, his team said in a statement Tuesday, was a success and the pilot will now begin a two-week recovery process.

The young Valencian pilot was overwhelmed by critical messages on social networks, particularly on Twitter, in the hours following the scare. He decided to close his account, then explained his reasons and his disappointment with the affair: “Lots of sofa critics and crowded with the Civil Guard on Twitter. I’m not getting paid to hang out with X people, so I quit Twitter. It drains a lot and contributes little.”

Canet’s girlfriend, who was unharmed in the crash, was the driver of the vehicle at the time of the accident. Among other things, the pilot was upset when people assumed he was behind the wheel. The young man from Corbera explained that the reason for the accident was a mode change in the car’s console and possible confusion caused by accidentally turning off traction control. “I think I would press it, it came out in the pilot’s command center and I didn’t see it. We were calm, he accelerated and when he did he left the corner, slid and was so unlucky that there was a wall,” he explained. As the newspaper reports The ProvincesThe police report confirms that the vehicle was traveling within the set speed limit and that the young woman had not used any prohibited substances.

With the six-week summer break, Canet hopes to have time to recover and put the rigors of the past few weeks behind you. The 2019 Moto3 World Champion is still unable to win in the intermediate category, where he has achieved six second places since his debut in 2020, four of them this season. Despite the clean sheet in Assen and the poor harvest in Germany following his drop in yield, he is just 30 points separating him from the two leaders of the competition, Italy’s Celestino Vietti and Madrid’s Augusto Fernández.