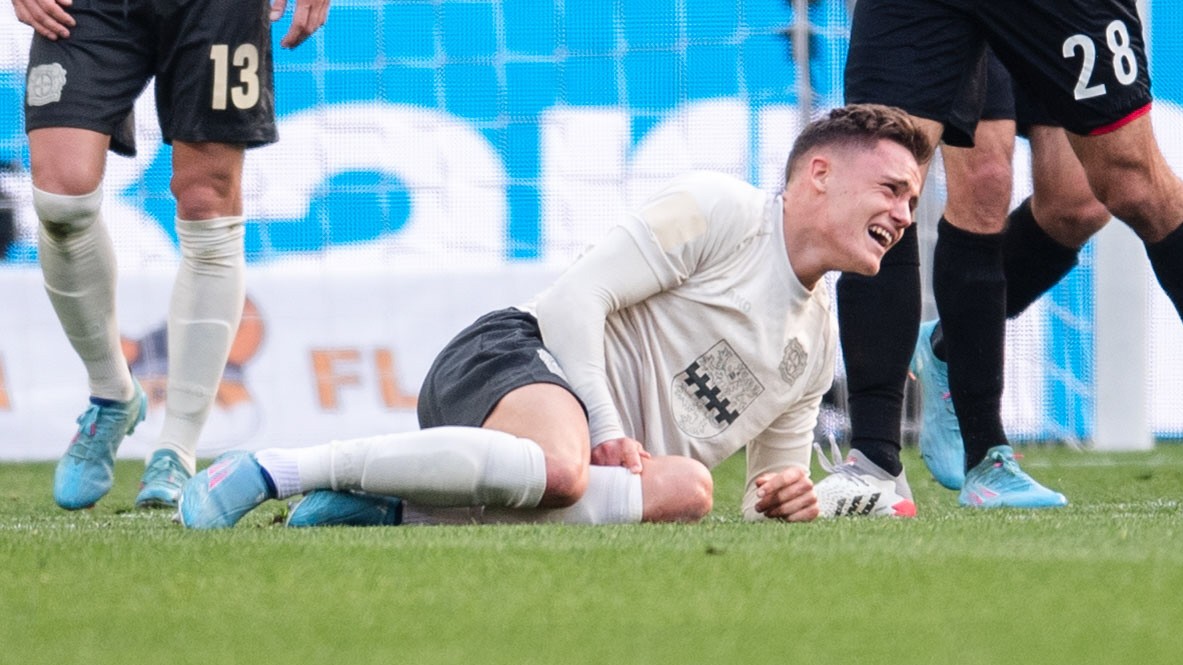 Rudi Völler wasted no time after Florian Wirtz was carried off the field on a stretcher. Bayer Leverkusen’s sporting director set priorities, let the derby be the derby and ran to the patient in the locker room. He knew that now he had nothing significant to contribute, but it was about the gesture: the presence, the support and the sympathy for the 18-year-old Wirtz, who had apparently suffered more than one injury every day. The worrying impression that Völler had already taken from the stands coincided with the descriptions of the interested party. “The way he described it, how he drew it from the movement behind, the signs were already clear. Florian knew something was broken,” Völler said.

As the game entered the second half, Wirtz drove to the hospital with his parents, where MRIs confirmed the hunch. Less than an hour and a half after the final whistle of the 1-0 loss against 1. FC Köln, Bayer Leverkusen announced: “Cruciate ligament rupture – Florian Wirtz will be out for a long time.” A pause of seven or eight months is expected.

Some Cologne fans in the guest block might have been spared unnecessary booing had they known the extent of the injury. But Wirtz not only had to deal with pain and shock during the immediate treatment on the pitch, but also with malicious comments from supporters of the club, for which he played passionately for almost ten years since childhood. Wirtz came to FC when he was seven years old, moved to Bayer 04 at the beginning of 2020 due to better prospects, and since then some Cologne fans have followed him with particular distaste: because he left for local rivals not wanted, but above all because he was such an extraordinary, talented and valuable player.

Hansi Flick is also interested: “Florian Wirtz is one of the biggest talents in German football.”

Cologne coach Steffen Baumgart condemned the behavior of the FC fans. Wirtz’s injury is “sad for him, sad for all of us, it’s not cool to make fun of something like that.” Further recriminations were unnecessary after the rather heated clash between neighboring competing clubs. Cologne defender Luca Kilian, who pushed Wirtz aside in a duel and unbalanced him with a check, did not need to justify his intervention. There were no charges against him. “It was just bad luck,” Völler said, “Florian tries to avoid the opponent and then comes out stupid, pure misfortune, nobody could do anything about it.”

Under coach Gerardo Seoane’s arrangements, Wirtz has been consistently at the center of the game this season: at 18 he was already the team’s leader, a field boss who didn’t have to campaign for his prominence, but naturally qualified himself. for this with his skills. Wirtz also organized almost every goal-threatening moment in Leverkusen’s offense against Cologne before his departure. The inhabitants of Cologne, whom Baumgart later described as “the happiest, not the best winners”, benefited from his replacement.

For Bayer 04, obviously, it’s about not complaining so much about the loss of playmaker Wirtz that it has an effect on the players’ cabin. Due to the unscheduled defeat against Cologne, the fight for the Champions League places has become exciting again, the third place, which seems to have been taken definitively in mid-November, is suddenly attacked by the trio from Leipzig, Hoffenheim and Freiburg, who are running at the same time. Völler is confident in the qualities of Bayer, who have been under pressure: “We have a great coach and we are too strong to let Florian’s injury bring us down.”

Is it enough for Wirtz for the World Cup in Qatar?

It was unclear on Monday how things would continue with Wirtz medically in the coming days; there is no date for the operation yet, and in any case there is no reliable statement about the time of his return. He could be back in time for the World Cup in Qatar, but he will first have to catch up with his game and with the team. Under these conditions, he can hardly play his usual supporting role. Within hours of the accident, the national coach called Wirtz, whom he had helped make his national team debut in September. He was “shocked” by the news of the injury, Hansi Flick said: “Florian Wirtz is one of the greatest talents that German football has produced in recent years. But he will come back at least as strong, I am sure.” .”

Wirtz, says Rudi Völler, has the gift, like Kai Havertz, of making his game, passing and receiving the ball look very simple. But that is exactly where the great championship lies, which distinguishes the exceptional player from the ordinary professional. If November is not enough for the 2022 World Cup and for the joint appearance with his predecessor at Leverkusen Havertz, Völler is already looking forward to the next opportunity: “Then, as a retiree, I will see how Kai and Flo play to play with Germany, and I will say: They were both with us once.