Top stocks to build my portfolio in times of inflation 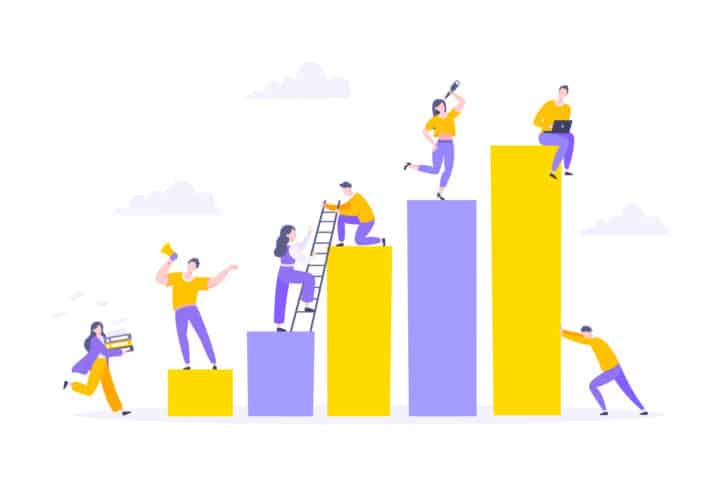 Balancing with the best stocks in times of inflation? Possible. Depending on what you’re looking for, there are even several options. Best performing cheap stocks, high growth stocks, or companies with strong pricing power. Some things work if you want to protect your wealth for the long term now.

Munich Re: maximum participation in inflation

For me, the first stock with the highest inflation is Munich Re. The reinsurer DAX works on several levels. First of all, the P/E ratio, which is below 12, is a strong way to compensate through earnings performance. Yields should offset inflation, at least in the long run, in light of moderate growth.

But there is another, possibly better reason. The low interest rate environment could soon be a thing of the past. Interest rate hikes are the order of the day in the US This could mean a growing return on invested funds.

In general, the valuation is moderate and the dividend is constant. The historically strong dividend yield of 4.7% alone is a basis for at least offsetting inflation. A recent dividend growth of 12% is also a sign of quality. Even with much more moderate growth rates, a balance is possible.

Coca-Cola is one of the major stocks offering strong quality in this market environment. Management has already announced that it intends to raise prices without further ado. Since price increases must be passed on to bottlers and not directly to distributors, this is a strong, not-so-competitive, foundation for growth.

Behind Coca-Cola is one of the strongest consumer brands. But Sprite, Lift, Fanta, MezzoMix and newer products like FuzeTea or Hard Seltzer also offer quality and solid growth opportunities. This year, management expects higher earnings growth of 8% to 10% on a currency-neutral basis. Growth rates that should be sufficient to beat inflation in the medium and long term.

But Coca-Cola is also one of the top stocks in terms of dividends. With a current dividend yield of 3% and recent year-on-year growth of 4.8%, a qualitative balance is also possible.

Hormel Foods’ core values ​​may not be particularly well known to many consumers in this country. Although primarily active in the US market, the group represents 40 major brands that are most popular with consumers or rank second in their product category. This puts management in a position to adjust prices to compensate for inflation.

Additionally, Hormel Foods has had strong organic growth for some time. Most recently, earnings per share increased 7% to $0.44. This is also a way to offset inflation. Especially since the dividend recently grew 5% year over year. This Dividend King also has a nice slightly offset dividend yield of around 2%, which at least mitigates inflation a bit for dumb investors.

The article on top stocks to build my portfolio during times of inflation first appeared in The Motley Fool Germany.

Vincent owns shares in Coca-Cola, Hormel Foods and Munich Re. The Motley Fool does not own any of the shares mentioned.

- Advertisement -
Share
Facebook
Twitter
Pinterest
WhatsApp
Previous articleDollar falls, investors pending the Fed and the talks between Russia and Ukraine
Next articleJapanese star Seiya Suzuki on the verge of reaching an agreement with the Padres