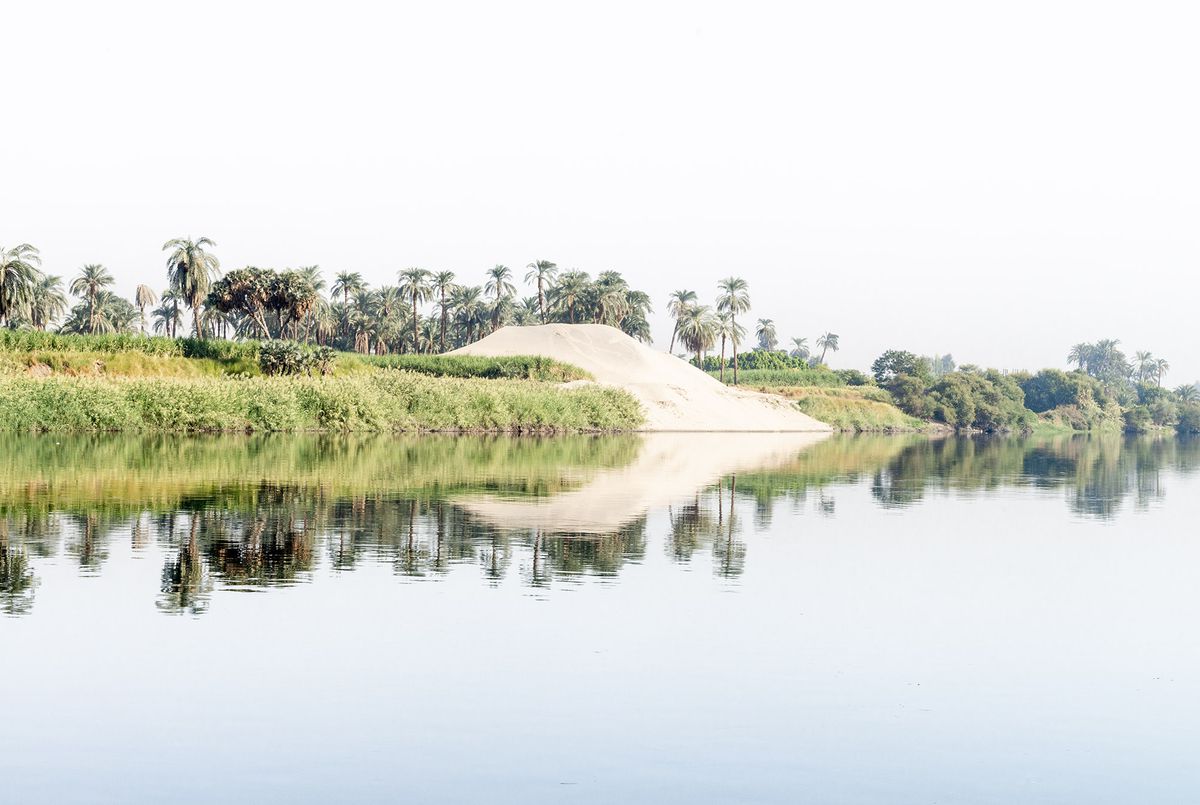 In October 2021, the photographer María Primo was invited to an artist residency in Luxor by the Cultural Department of the Spanish Embassy in Egypt. He stayed at the Marsam, a charming 1920’s hotel steeped in history on the slopes of the Theban necropolis west of Luxor (ancient Thebes), on the west bank of the Nile, on this sacred mountain, topped by the Qurn pyramid-shaped are the valley of kings, queens, artisans, nobles and many other great temples of ancient Egypt. Also on its slope we find the remains of the village of Gourna (Al Qúrna), whose first settlements date back to the 17th century.

It was a city that grew on the tombs of nobles, without any order due to the uncontrolled trade in antiques due to the demand of the international market. In 1940, the first attempt to relocate the town’s 7,000 residents was made by the government, which commissioned celebrated architect Hassan Fathy, a global pioneer of sustainable architecture, to build a new city that has become his iconic project thanks to the sophisticated technology he brought to the Environment adapted and in the way in which populations without resources were thought of.

“During my stay I focused on visiting these places, researching the stories about grave robbers and sustainable architecture. Furthermore, inspired by the ancient Egyptian civilization where the natural environment was part of their worldview, I wanted to deepen the relationship between culture and nature, modernity and tradition, progress and conservation with stories about the Nile, sacred trees, climate change, the impacts of tourism and the role of women, where everything is connected,” Primo recalls. As Donna Haraway said, “Nothing is connected to everything, everything is connected to something”.