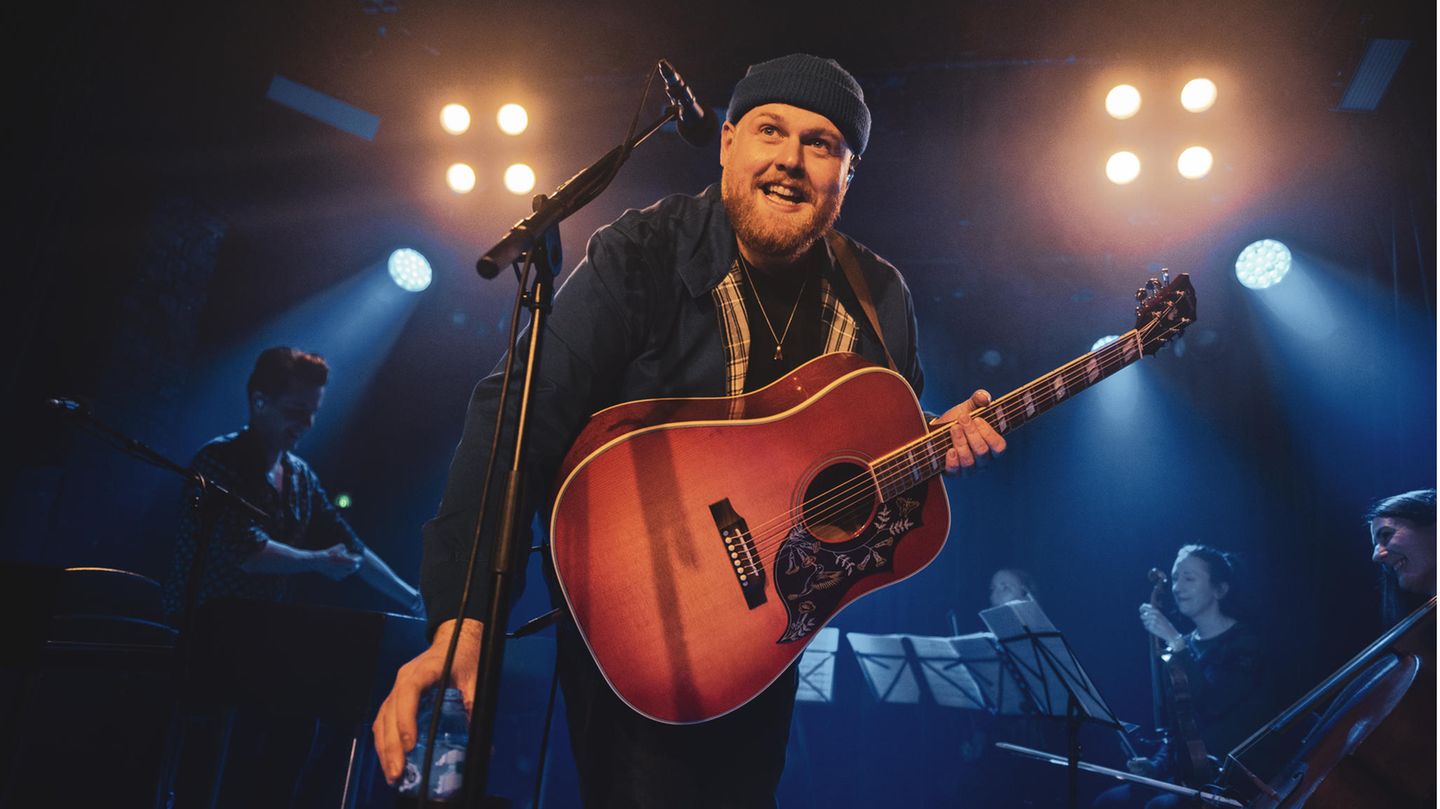 With his song “Serotonin” Tom Walker delivers a powerful taste of his second album. In an interview, the musician tells us what the inspiration behind the new single is and tells us about his funniest and most uncomfortable touring moments.

For two years there were no concerts, festivals and performances. It also left its mark on 30-year-old Tom Walker. Now he’s finally coming back with new music and playing live again. In the GALA interview, he reveals where he gets the most inspiration for his songs, what milestones he still wants to achieve and why he almost fell off the stage.

Tom Walker: That’s how his love for music was born

GALA: What inspired you to write the song “Serotonin”?
Tom Walker: I was having a conversation with my dad on the phone when I was in a crisis about the lockdown. Everyone was stuck at home and I couldn’t do my job either. I couldn’t play concerts, I couldn’t get in touch with the fans.

And my father gave me wise advice. He said: “Every day can’t be the best day in the world and without rain there’s no sun. There will be times when you’re on top of the world, but there will also be times where you’re not.” I just thought that would be a really cool base for a song. And it’s also about the people I have the right to have in my life. Every time I get low, they pick me up and give me a little push.

When did you realize you wanted to be a musician?
Even when I was very young. My dad is a huge music fan, so he always took me to concerts. For example, I saw BB King and AC/DC with him. And my dad has a huge record collection. He owns thousands and thousands of CDs and is obsessed with their quality. He would never play music, it must be a CD. His good taste for music made me want to become a musician.

And when did you start playing the guitar?
I started playing when I was 12 years old. My dad bought me a guitar and I fell in love with it. I had played the violin before, but I found reading music very difficult. The guitar immediately made sense to me.

But have you learned to read music?
No, I do everything by ear. I don’t need to know the grades.

What inspires you the most to write?
I think that’s life in general, even if it sounds like a cliché. When nothing is happening in my life and I’m not doing much, it’s much harder to write songs. It’s pretty easy to find inspiration when you’re on tour, watching your friends get married, or having a crazy night out with all your friends. When you do a lot, there’s always something to write about. But when you don’t or can’t do anything, I feel like the world stops and that’s reflected in my writing.

What’s your favorite song of all time?
It’s a good question. I believe “Three Little Birds” by Bob Marley.

And what kind of music do you listen to in private?
All. It’s so nice to be on the tour bus right now. Last night we stayed up pretty late listening to a lot of different music. Classical music, jazz, blues – modern, super old. I am open to all kinds of music.

When do you feel happiest and most alive?
Being on stage is definitely one of those things. Being at a festival with a large crowd. And that moment when I feel the adrenaline. It’s good.

In the three years that you have been playing concerts, have you had any uncomfortable moments on tour?
I almost fell off the stage once. I hopped on this speaker and did a guitar solo on it. But I hadn’t realized how important the back jump was. So when I tried to jump, my foot slipped. Fortunately, my photographer, who is my best friend, saw it, grabbed my foot and pulled me back on stage.

did you have to laugh
Yes very! Everyone has seen it. And there was no escape, so I had no choice but to laugh.

What is the next step in your career?
When I have enough material, I would like to headline the Pyramid Stage at Glastonbury one day. That would be great!

Have you been there?
Yes, I have performed several times at the Glastonbury Festival. It’s like the most intense place in the world and it’s also the highlight of my career so far. But I never played on the Pyramid Stage. It would be a crazy step.

- Advertisement -
Share
Facebook
Twitter
Pinterest
WhatsApp
Previous articleLarge companies see a need to explore the metaverse as a new channel of interaction with consumers
Next articleHTC: The legendary cellphone manufacturer is back with the “VR smartphone”.