To Fidel Martinez! The poor definition of Jordy Caicedo who made his teammates laugh in Tigers 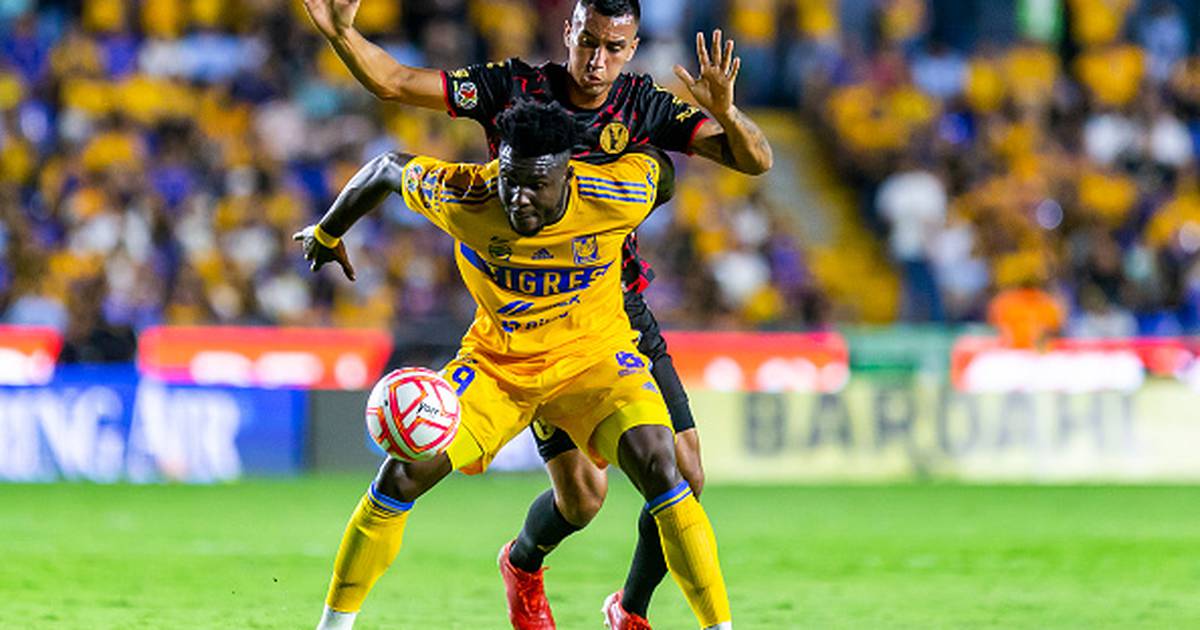 Ecuadorian striker Jordy Caicedo He became the thirteenth Ecuadorian footballer to play in Liga MX. The Ecuadorian arrived as a star reinforcement, however in a video, we saw that he was not doing well in the penalty shootout.

In training with tigers at the university stadium in Nuevo León, the players of the Mexican team practiced the penalty shootout. Between two laughs, they challenged Jordy Caicedo to convert his penalty in “panenka” style.However, his execution was so poor that it looked more like Fidel Martínez style, referring to the penalty given on 9 de Octubre.

HIS ARRIVAL AT THE EUROPEAN TIGERS

the exit of Caicedo of CSKA Sofia from Bulgaria This came amid controversy due to recent statements from the club where it was mentioned that the player failed to comply by not showing up for certain training sessions. For the Bulgarian club. The Ecuadorian had no interest in continuing his career at ‘Los Rojos’.

DON’T KNOW DEFEAT WITH THE TIGERS

The Ecuadorian has played two games for Tigres de México and hasn’t been beaten in any of them. Jordy Caicedo’s debut came against Atlas with a 2-0 win. Their second game was against Tijuana with a 1-0 win.

The Ecuadorian is battling for the job with Frenchman André-Pierre Gignac and Uruguayan Nicolás López, two players who arrive at a very good time with the Tigers team. In fact, Jordy Caicedo mentioned that he would learn a lot from them.

😤🏋🏻‍♂️ Our backup, Jordy Caicedo, has been hitting the gym at Uni looking to get ready.

- Advertisement -
Share
Facebook
Twitter
Pinterest
WhatsApp
Previous articleErika Vélez on the fake intimate video: “I’m tired of keeping my mouth shut and they keep trampling on my name”
Next articleLuis Miguel started a relationship with the ex of one of his close friends they say in Spain