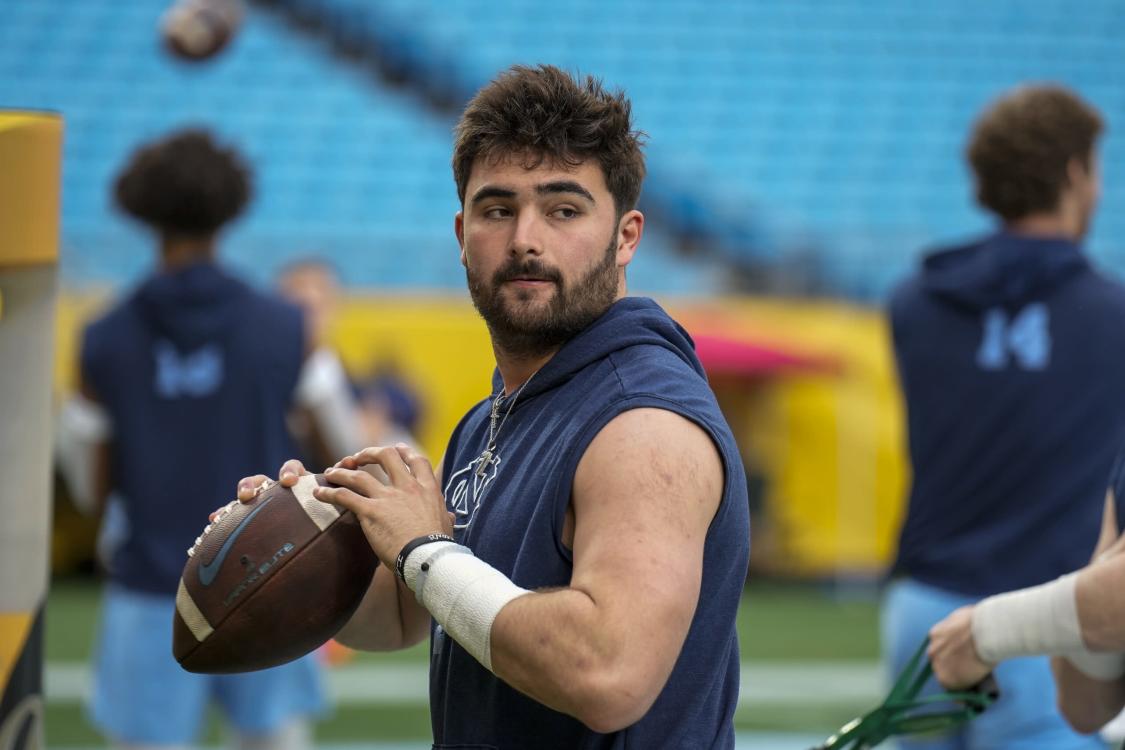 For the second time this offseason, there is a drill in which the Tennessee Titans trade in the first round of the 2022 NFL draft to select a quarterback.

Earlier this month, CBS Sports’ Cody Benjamin had Tennessee make a trade to move up to No. 19 overall to pick Ole Miss caller Matt Corral.

Now, NFL.com’s Chad Reuter joins the fun. He has the Titans trading with the Baltimore Ravens of all teams (yuck) to move up to the No. 14 pick, where they select North Carolina quarterback Sam Howell.

However, Reuter makes the Titans pay a heavy price. To move up, the Titans trade their 2022 and 2023 first-round picks to Baltimore. Here’s Reuters’ take on the trade and Howell’s pick of 14th overall:

The three interceptions Ryan Tannehill threw in Tennessee’s Divisional Round loss to Cincinnati has to be a constant thorn in the minds of the Titans’ coaches. So it won’t be a surprise if they give up a 2023 first-round pick to pick the team’s next starter. Howell has the arm to move the ball vertically, as well as the toughness and improvisational skills to regularly move the chains.

As Reuter correctly points out, Tannehill’s awful performance in the playoff loss to the Cincinnati Bengals has undoubtedly soured his outlook with the Titans, making it possible for the team to pick a quarterback in this year’s draft.

However, general manager Jon Robinson would have to be absolutely smitten with Howell to make this trade, especially when there’s a strong chance the North Carolina product will be 26th overall or later.

While the idea of ​​the Titans getting their quarterback of the future via trade or the 26th overall pick is an exciting idea, neither seems like a feasible move for a few reasons.

This isn’t considered a good class for quarterbacks to begin with, so going all out isn’t a good idea to start with. On top of that, the Titans have bigger fish to fry at wide receiver, offensive line (guard and tackle) and tight end.

As for the rest of Reuter’s picks for the Titans, there’s not much to like. In the third round, he has Tennessee taking on Maryland tight end Chig Okonkwo, who is a solid player but probably a Day 3 pick.

With their two fourth-round picks, the Titans select Alabama running back Brian Robinson and Cincinnati running back Myjai Sanders.

Both are undoubtedly intriguing prospects, but there will be a fan riot if Tennessee forgoes addressing necessity positions like wide receiver and offensive line in favor of what can be considered two strength positions.

Titans have a top 30 visit scheduled with TE Trey McBride