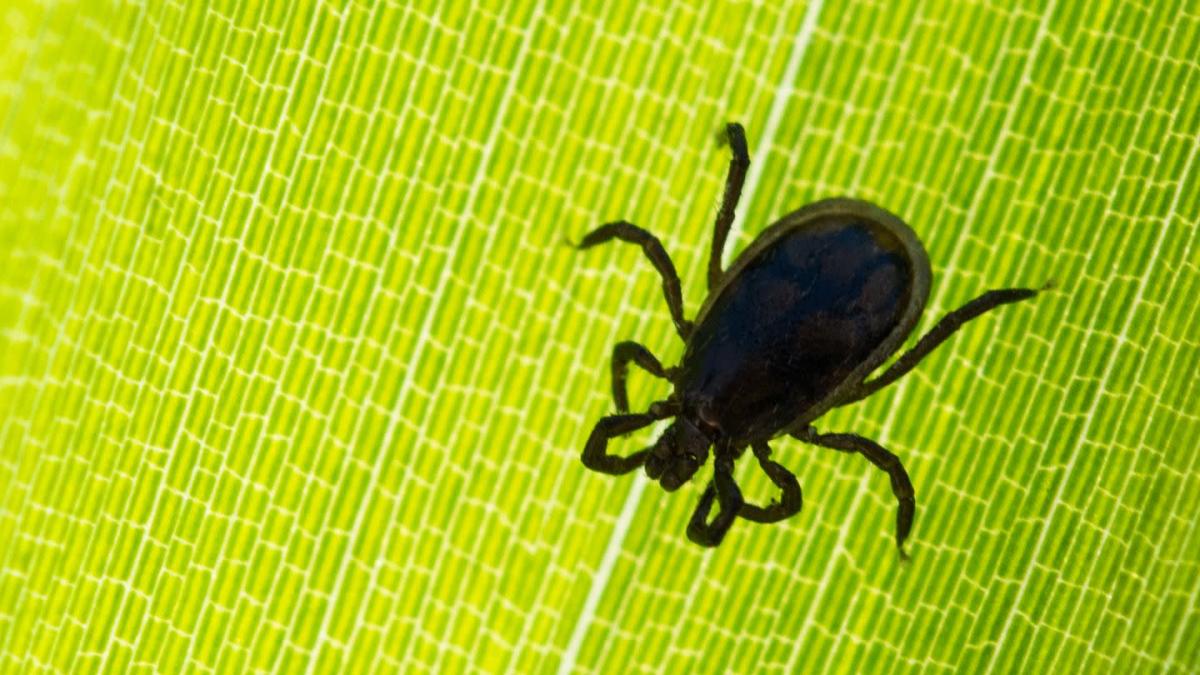 Erfurt (dpa/th) – You can wait for a host for years, persevere, starve. Once they’ve found someone to draw their blood from, it can get dangerous: Tick season kicks off in Thuringia with milder temperatures.

Parts of the Free State are TBE risk areas: Lyme disease is also possible after a tick bite in Thuringia. The good news: You can protect yourself against both diseases to a certain extent.

Yes, that is to be expected. The small arachnids feel most comfortable at an air temperature of around 18 to 19 degrees and a ground temperature of 13 to 15 degrees, explained Christine Klaus, a veterinarian specializing in microbiology and parasitology at the Friedrich Loeffler Institute in Jena. “But you have to assume tick activity when the air temperature is around eight degrees. We have even seen activity around three degrees,” Klaus said. According to the German Weather Service, temperatures in Thuringia may drop below zero in the coming nights. During the day, however, frosts are no longer expected, a meteorologist said. of the DWD.

When are many ticks to be expected and when are few?

“Drying out is tick enemy number one,” Klaus said. So a dry summer hurts it. On the other hand, a harsh winter doesn’t bother her that much. Due to the humidity, ticks are more common in forests than in meadows.

Where are the disease risk areas??

Lyme disease, which is transmitted by a bacterium, Borrelia, can in principle be spread anywhere in Germany by a tick bite. Klaus reports on research showing that the spread of Borrelia in ticks varies greatly. “There are definitely places in Thuringia where there are a lot of ticks. There, however, Borrelia can only be found on five percent of ticks.” In other areas, however, up to half of the ticks may be infected with Borrelia.

With TBE, a disease that is transmitted by viruses, the focus is clearly on southern Germany. However, the risk areas extend to the south and east of Thuringia. In 2021, the Robert Koch Institute listed twelve Thuringian districts and urban districts on a map as TBE risk areas. Klaus points out that more than 90 percent of TBE infections in humans occur in Bavaria or Baden-Württemberg. In Thuringia, on the other hand, there are only a few infections per year.

How can you protect yourself from TBE or Lyme disease?

Once a tick has found a host, it finds a suitable location, bites into the skin and begins to suck blood. According to Klaus, the sting is often not noticeable because the animal injects it with some kind of anesthetic at the same time. “This act of sucking activates Borrelia bacteria that may be in the tick’s gut. These are then transmitted about twelve hours after the start of the suction,” Klaus said. So if you remove the tick within the first twelve hours, the risk of getting Lyme disease is pretty low. Therefore, Klaus recommends checking his body thoroughly for ticks after walking.

TBE is different: “Since the virus is in the salivary glands, it is transmitted immediately,” Klaus said. She advises everyone who likes to hike, travel to other countries, or generally be outdoors more often to get vaccinated. “All people young and old who move outdoors, including children from one year, should have this immune protection,” recommends Klaus. The vaccine is well tolerated.

Does the TBE vaccine have to be updated periodically?

Yes. According to Klaus, this is required every five years for people up to age 55 and every three years for seniors.

How dangerous are TBE and Lyme disease?

Lyme disease is usually easy to treat, Klaus said. An infection with TBE can have serious consequences. “It’s a rare event, but if you get infected, it can be a very, very bad and serious disease.” In a few cases, there were even physical deficiencies; there were also isolated cases of death.

Where to keep your medication when traveling in the summer: this is what to do and what not to do

Gilda Love, the 97-year-old drag queen who’s weathered it all: ‘They cut my suits with a blade, but I broke with them to dance’