Three reasons why, according to experts, you do not need a fourth corona vaccine at the moment 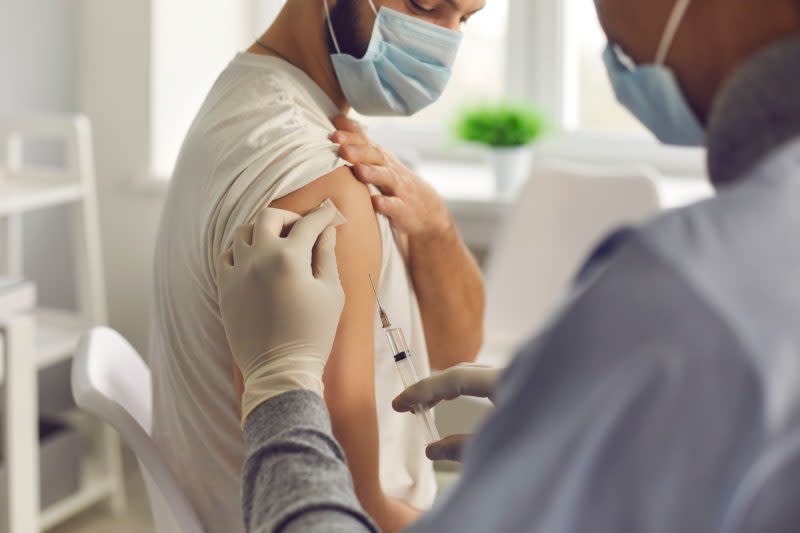 Vaccine developers Moderna and Pfizer have called on the US government to greenlight a fourth coronavirus vaccine.

Last Tuesday, Pfizer announced that the company had submitted an application to the US Food and Drug Administration (FDA) “for an emergency use authorization (EUA) for an additional booster dose for all adults 65 years or older”.

The previous weekend, Pfizer CEO Albert Bourla announced on CBS television that Americans should prepare for an annual corona vaccine, as is the case with flu boosters.

“Currently, protection after a third vaccination is sufficient, also in terms of hospitalization rate and number of deaths,” Bourla said. However, she emphasized that “this protection does not last long.”

On Thursday, Moderna announced that it had also submitted an emergency authorization request for a fourth Covid-19 vaccine, but this was longer than Pfizer’s request. According to the company, the emergency approval would allow all adults to receive a fourth vaccine. Then it would be up to health care providers to determine an “appropriate distribution” of vaccines among their patients. Factors such as age and previous medical conditions could influence this decision.

Independent infectious disease experts, including advisers to the FDA, have raised concerns with Business Insider. There are at least three reasons why a fourth vaccination doesn’t necessarily make sense for everyone.

This is what experts and studies say about the need for a fourth corona vaccine.

1. The virus has changed, the vaccines have not

The Moderna and Pfizer vaccines currently on the market still contain the same formulations as when they started. They have not yet been adapted to the variants that are now widespread, such as Omikron or BA.2.

The vaccines were developed based on the variant of the virus discovered in Wuhan, China, in January 2020. Since then, the virus has evolved, but the vaccines have not.

“Personally, I don’t think drug companies should talk about more booster shots until vaccines are changed,” Dr. James Hildreth, a senior infectious disease expert and adviser to the FDA, told Business Insider. “Instead, I would approve of first focusing on the consequences and composition of current variants of the virus to develop a vaccine that specifically protects against them.”

Hildreth fears that more vaccines with the unchanged substances could create new long-term problems. For example, the boosters would produce antibodies that could hardly resist the current variants of the virus. With each new variant there is also the risk that the virus has learned to defend itself against existing vaccines.

“I hate to say this, but studies in mice show that repeated vaccination of the same vaccine at too short intervals could increase tolerance to the virus,” says Hildreth. “And that’s really the last thing we want to achieve.”

However, a major problem with modifying existing vaccines is that it is not yet clear what kind of FDA review an mRNA vaccine designed for new variants would require before it could be issued. In addition to variant-specific boosters, several independent research groups and pharmaceutical companies are also working on pan-corona vaccines that target different coronavirus strains simultaneously and thus achieve broad immune protection against future coronaviruses that have not yet been confirmed. circulate. However, it could be several years before these pan-coronavirus vaccines are on the market.

2. There is not enough data to show that a fourth vaccination is necessary for most people

The data that exists on booster shots so far only indicates that older people and people with pre-existing conditions will benefit from the fourth dose. There is not enough data to show that additional booster injections also benefit younger, intact immune systems when it comes to preventing serious illness.

A recent study by the US health agency found that vaccine effectiveness against serious outcomes such as mechanical ventilation and death during the peak of the omicron wave in early January was 88 percent after double vaccination. After three vaccinations, the effectiveness increased to 94 percent. This suggests that, for most people, a booster dose provides only a small improvement in the effectiveness of the vaccine.

Another study by the agency showed that more than 96 percent of fully vaccinated people who had the omicron variant and were hospitalized had pre-existing conditions. The same was true of nine out of ten of the reinforced adults who were hospitalized for omicron.

Even Moderna executives agree that additional update programs at this time should be largely focused on the most vulnerable patients.

Moderna CEO Stephen Hoge told Business Insider last week that “Covid-19 can be a life-threatening disease for those with cancer, even after vaccination.”

Israel has already tested the fourth dose of the Pfizer and Moderna vaccines in young, healthy populations with mediocre results. A study of more than 1,000 Israeli health workers who received a fourth dose four months after their first booster suggested that the immune system was no more protected by a fourth dose than by three doses.

“We currently have vaccines that offer protection against serious disease,” Dr. Barney Graham, one of the co-inventors of Moderna’s COVID-19 vaccine at the National Institutes of Health, told Business Insider. The shots “would work better than we expected at this time,” so low-level COVID-19 infections among young, healthy people who have been vaccinated are not necessarily a concern.

A recent study of more than 422,000 people in the United States, in which participants received the Johnson and Johnson vaccine, supported this assumption. The vaccine helped prevent hospitalizations and deaths, but to a lesser extent in high-risk and elderly patients.

“We need to find the people who are most vulnerable and at risk of serious illness and hospitalization and make sure we’re doing everything we can to protect them,” Hildreth said.

Instead of considering fourth doses for those people in the US who were already vaccinated this summer, Graham said more doses of vaccine should be sent to the Global South. He worries that as temperatures drop, COVID-19 could spread rapidly there, potentially leading to a worrying new variant that “could completely evade all of our current vaccines and monoclonal antibodies.”

“Can we vaccinate the Global South before June?” Graham said. “We have vaccines that work and provide protection against serious diseases. The question now is: are we going to use them where they can help the most?

He added: “In general, in the past we had to deal with new variants first because we didn’t immunize the world fast enough.”

This text was translated from English by Anika Faber. you can find the original here.