Thousands take to the streets in Madrid to protest against the abortion law and to shout “yes to life”. 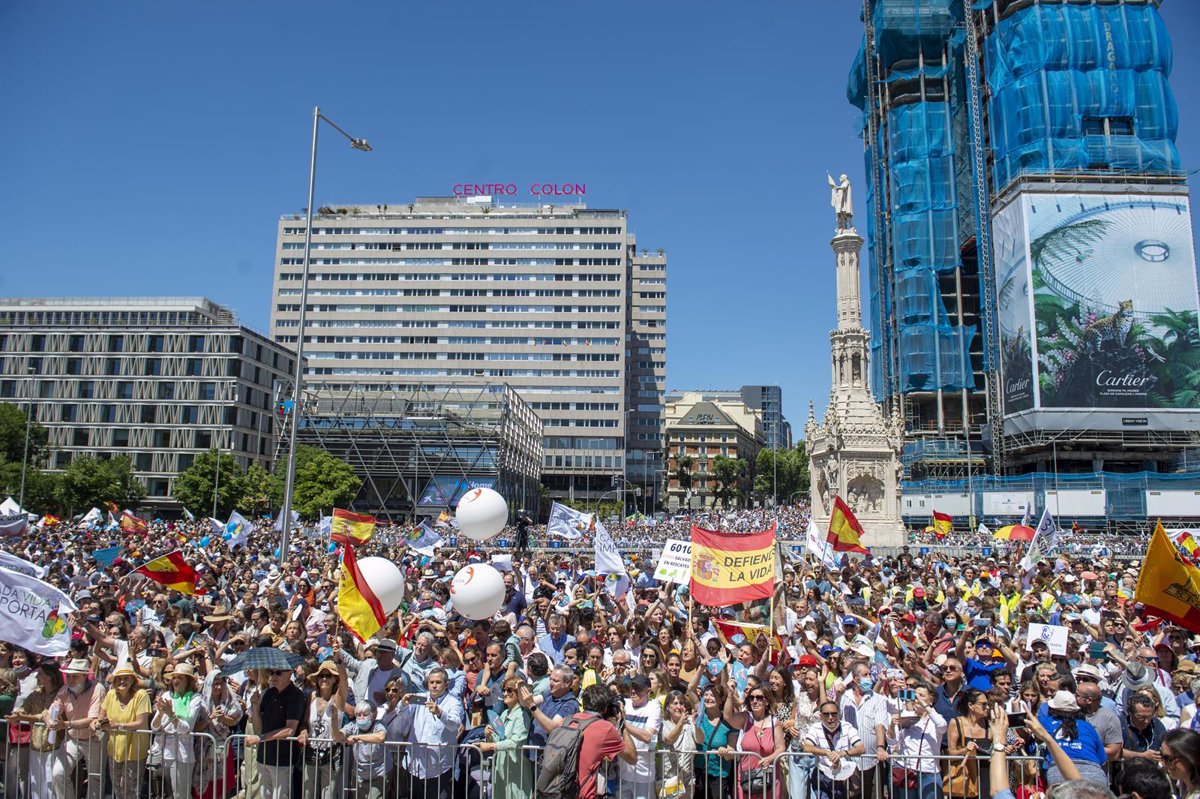 Tens of thousands of people – 20,000 according to the government delegation and almost 100,000 according to the organizers – took to the streets of Madrid this Sunday, June 26, to take part in the demonstration against the reform of the abortion law, the Law of Euthanasia and against the project ” totalitarian nature” of the government of Pedro Sánchez.

The march, led by more than 200 civil society organizations led by NEOS – the Christian foundation-based cultural alternative promoted by former Home Secretary Jaime Mayor Oreja – the Assembly for Life, Freedom and Dignity and the platform ‘Every Life Matters” started at 12:00 p.m. in the Glorieta de Bilbao in Madrid and ended around 2:00 p.m. in the Plaza de Colón.

Behind a banner with the slogan “We risk our lives! Enough of laws against truth and human nature!”, those present advanced to the rhythm of songs, chanting “Yes to life, No to abortion” and carrying signs with slogans like “Killing is not a right” or “Abortion is murder”. ‘. There was also applause for doctors who refused to perform abortions.

Among the participants in the demonstration were the leader of VOX, Santiago Abascal, and other members of his party, such as Iván Espinosa de los Monteros, Rocío Monasterio and Jorge Buxadé. In addition, thousands of families, children and adults, dozens of priests and nuns, as well as the Bishop Emeritus of El Callao (Peru), the Spaniard José Luis del Palacio took part.

The leader of the demonstration, Jaime Mayor Oreja, explained that they took to the streets this Sunday to “say enough about so many laws that are destroying human nature”. He also emphasized that “the culture of life is more alive than ever”, which with “the judgment of the US Supreme Court is a glimmer of hope”.

For the President of the Villacisneros Foundation and member of NEOS, María San Gil, this demonstration “could not be more appropriate and necessary”. “The ruling by the US Supreme Court is a glimmer of hope that this will also happen in Spain,” he said.

Among the political leaders who took part in the march, the leader of VOX, Santiago Abascal, stands out, who joined “like one more” to “be with the society that defends those that nobody defends” and “against a government devoted to the culture of death”.

“It seems important to me always to support the causes of the most vulnerable and to support the right to life in the face of a government committed to the culture of death in all aspects. I prefer to be with society to defend those “those that no one is defending at the moment,” Abascal said in statements to Europa Press while attending the march and taking photos with the participants who started have to yell “President, President”.