This was what the United coach said before facing Atlético 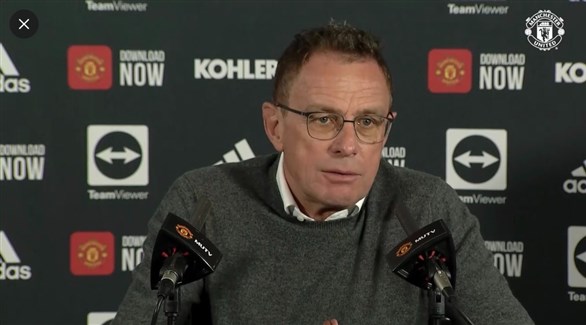 Manchester United manager Ralph Rangnick has no concerns about Portuguese star Cristiano Ronaldo’s preparation for the Atletico Madrid match, three days after he led the team to victory over Tottenham in the English Premier League.


Manchester United’s interest has now turned to the Champions League, where they will face Atlético de Madrid, in the second leg of the round of 16 of the competition.

Manchester United drew 1-1 in the first leg in Madrid, with the focus expected to be on Ronaldo to secure a place for the team in the quarter-finals.

“I’m not worried that he’s not recovered yet, he’s always been the one who takes great care of himself and his body, of course he knows what to do, and I’m not worried about that,” Rangnick said.

“His overall performance was good against Tottenham, if not very good, and that’s what we hope to get from him, of course, tomorrow night.”

“It’s not just about Cristiano, it’s about the whole team. We saw in the first half in Madrid what we didn’t have to do. That was the main topic for us yesterday and today when we talked about tomorrow’s game.”

The Portuguese Bruno Fernandez is running to catch up with Atletico Madrid, after he contracted the new Corona virus, and Rangnick confirmed that he trained today, Monday, after his sample came back negative.

The team’s left back, Luke Shaw, is a question mark before the game, but he trained on Sunday and Monday.