This, the fiasco of trying to change Volkswagen 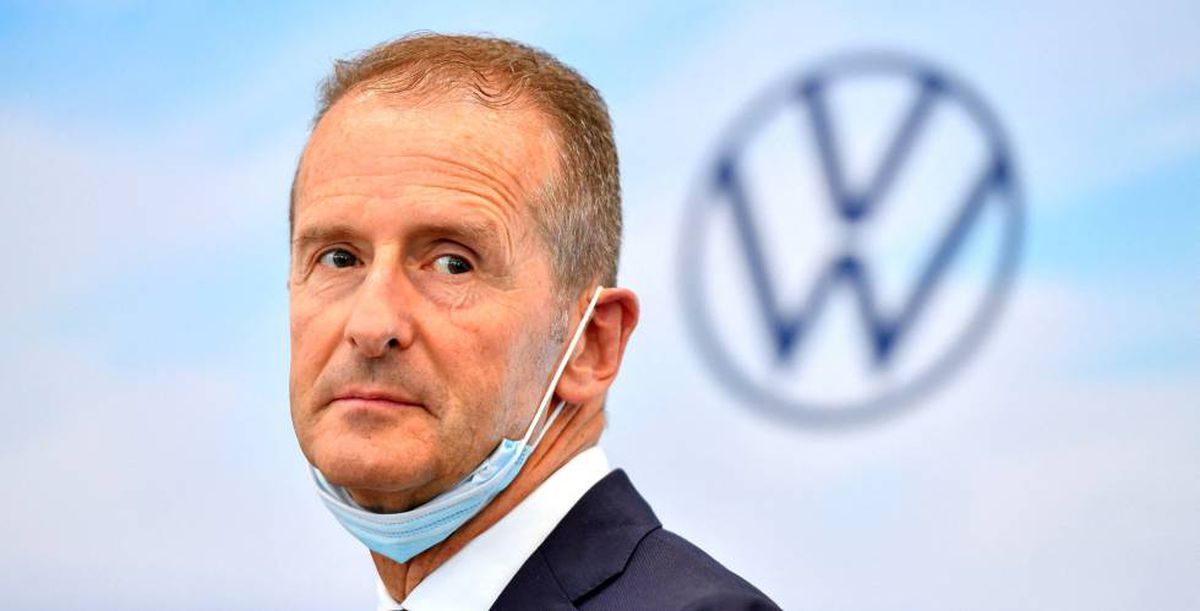 The analysis houses praised the entry of Herbert Diess (Munich, 63 years) to the command post of the Volkswagen Group in 2018. Coming from the competitor BMW, after coming via Bosch – three years earlier he had led the Volkswagen brand – according to reports he was an executive able to shake up the corporate culture of the consortium, which was then trying to emerge from the crisis dieselgate, the scandal that surfaced in 2015 the traps the company had devised to make it appear that its diesel engines were less polluting than they actually were. He himself declared when he took office that he wanted a new model “that rewards rather than punishes discrepancy” and that would make it possible to “transform a slow and somewhat uncomfortable supertanker into a powerful fleet of speedboats,” according to his way of announcing it greater autonomy – and ownership – of the dozen brands then in its portfolio.

The car giant has changed a lot in the past four years, but it’s still a supertanker that ended up overwhelming the one who was appointed as captain under the contract Diess extended just a year ago until 2025. The boss fell victim to the corporate culture he wanted to change, and some explain his downfall precisely because he lacked the DNA of Volkswagen, an industrial group in which, like in other German companies, the unions have an unusual strength through their presence on the supervisory board , which is controlled by half of its members. It was about getting along with them, and on the contrary, the manager had created such uneasiness among the almost 700,000 employees that, among other management and communication problems, he ended up making the Porsche and Piech (they have 53% of the capital ) that it better was to drop it.

This is no different from other executives at auto companies. He came with the same fame as a cost-cutter –cost killer, in English – which Carlos Tavares (Stellantis) or Carlos Ghosn (Nissan-Renault) and the pioneer in this field, José Ignacio López de Arriortúa, had. In his four years at the helm of the group, he has reduced costs by more than half a point in relation to sales and the result could have been better if the Corona crisis and its side effects had not hit the sector.

Even without these inconveniences, Diess has shown its shareholders that it can pay them 3.5 billion euros more in dividends than if it had no control. It has left the pitfalls of diesel engines behind, with the biggest push of any manufacturer to bring zero-emission cars to market. It had completed the IPO of Traton, its truck subsidiary, was behind the preparations for sports car maker Porsche to follow the same path, and was already eyeing the acquisition of PowerCo, the new company that will be in charge of administration Factories, away from the battery cell market, a business destined to golden in the electric vehicle age. For all these reasons, the contract extension and the lead over Toyota’s competitors as the world’s largest automaker came as no surprise.

Yes, the sudden termination announced last Friday did. Even if he is told failures, the cold consequences with which Volkswagen invaded China, or the ongoing problems of Cariad, the subsidiary responsible for developing the computer program for its vehicles, the merciless dismissal at the gates of Diess’ Holidays could be explained with hints or wishes rather than facts. The group’s 2017 annual report showed that the group had 642,300 employees, while four years later that number was 672,800. But the executive had not concealed that the group had 30,000 workers left in Germany if it wanted to compete with the productivity of the American Tesla and crown itself as the world’s largest manufacturer as the main manufacturer of electric vehicles.

The head of the Volkswagen Group works council, Daniela Cavallo, had no problem keeping her pulse, aware of the power that gives her control to control half of the 20 board members, and she made it clear in a filing for three weeks , at which Federal Chancellor Olaf Scholz was also present. There, in front of hundreds of spectators who were involved in laying the foundation stone of the group’s first battery factory, he made it clear to Diess and his successor, who was eventually chosen – the Porsche boss Oliver Blume – “The change is not dramatic” and that the production of electric cars, the Require 30% fewer hours worked, doesn’t have to mean layoffs.

Diess had no problem chanting the virtues of a Californian brand like Tesla, which landed in Berlin to demonstrate to its employees that they were competitive a few hundred miles away, nor did it have any problem engaging with Elon Musk, the catalyst for the success of photographing the American brand and even invite him to an event with Volkswagen managers. And he has had to apologize for inappropriate statements on many occasions. When he rightly accused the unions of leaking information from the board of directors to the media, and especially when he put his managers on a “profits make free” -“EBIT sets you free–, an affirmation of excessive resemblance to the motto commanding entry to the Auschwitz death camp.

The last mistake was made on July 22nd, in one of his usual publications on the LinkedIn social network, when he left for a “well-deserved summer vacation” that he would probably spend at his second home in Laredo (Cantabria). Little did he know that in a few hours he would be fired. Their deviations were not rewarded.