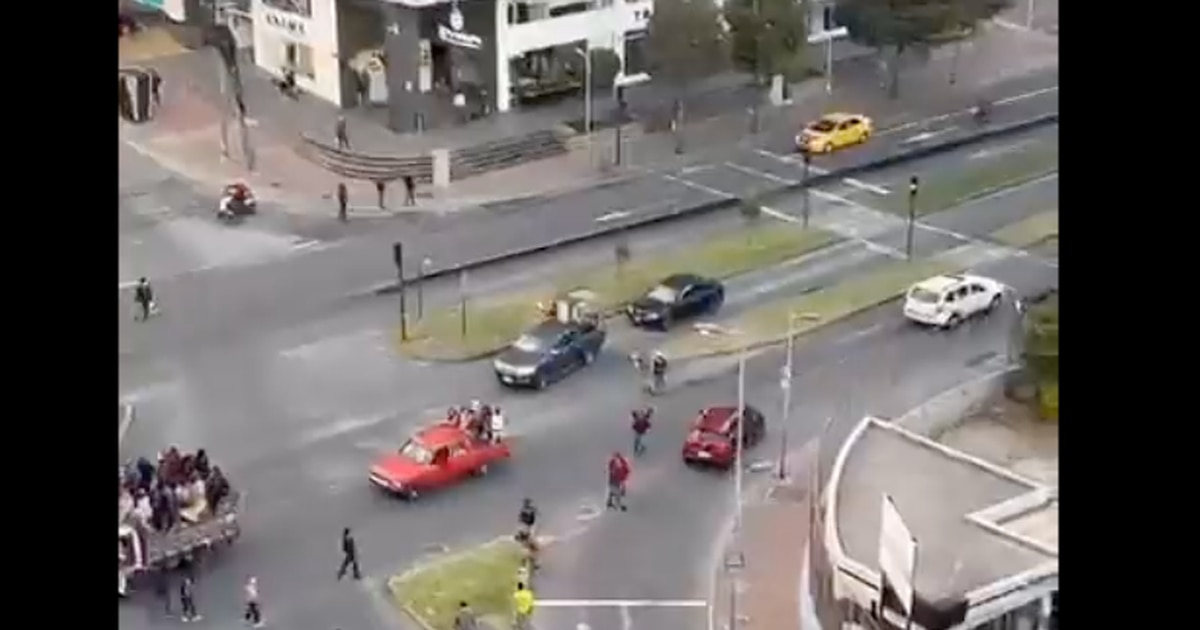 In 16 days of national strike, scenes of violence and vandalism have been generated that worry citizens who want peace. Videos are circulating on social networks in which we observe the attack of a group of people against drivers with sticks, stones and even flat tires because they do not want to join the demonstrations.

In the images, a group of people appear, in truck beds, trying to block the roads. Just a video shows 6th December Avenue and Portugal. At this traffic light, they stand to intimidate drivers.

Faced with these facts, motorists are looking for a way out so that their cars are not damaged and even less their humanity.

In another video, we can see that on December 6, near the Atahualpa Olympic Stadium, these groups punctured the tires of a taxi.

Today, the tires are flat in Quito. Peace has not reached the capital, since we can clearly see the demonstrators puncturing the tires of the taxis working on the avenue du 6 December. #ParoNacionalEC pic.twitter.com/4qHKi7JxfW

The Agence métropolitaine de transport (AMT) signaled the closure on December 6 “due to the presence of demonstrators” and alerted drivers to take alternative routes.

This comes in a critical climate in the country, where the government has suspended dialogue with Conaie; indigenous movement -unwilling to end the strike- which insists that its 10 petitions be approved. Despite the fact that the Executive has implemented actions to respond to some of them.

Likewise, there is a plenary session of the Assembly during which the dismissal or not of President Guillermo Lasso is voted on.