This is Marina Ovsyannikova, who spoke out against Putin’s war on Russian state television 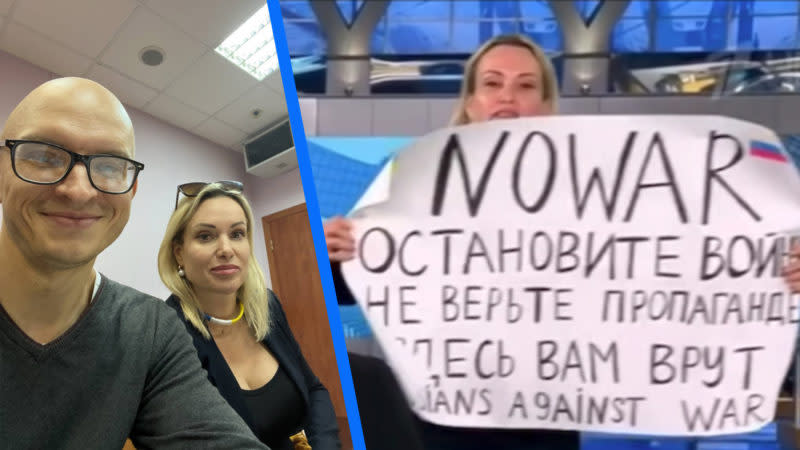 “Stop the war. Do not believe the propaganda. They will lie to you here. The Russians are against the war.” With these phrases on a poster on Moscow state television, editor Marina Ovsyannikova protested against Russia’s attack on Ukraine In today’s top news “Wremya,” she held her sign in front of the camera as the announcer spoke about Western sanctions.”No to war!” .

The protest by the 44-year-old mother of two is unprecedented in the quasi-military broadcast of state television with employees loyal to the Kremlin. Kremlin spokesman Dmitry Peskov described the incident as “hooliganism”. However, the state media could not help but report on it. The importance of the “Wremja” program is comparable to that of the “Tagesschau” in Germany.

On Tuesday, Owsyannikova was sentenced to a fine of 30,000 rubles (226 euros), the civil rights portal OWD-Info reported. Russian media reported that the television worker was accused of organizing an unauthorized public action. However, there were also fears that she could be prosecuted under a new law for defaming the Russian military. She is at risk of up to 15 years in prison.

Calling the war against Ukraine a “war” is forbidden in the Russian media. The government calls the war a “special military operation.”

Following his protest, he received a wave of recognition around the world. Footage of the scene where she appears behind the newscaster with a handwritten sign was shared around the world. “What courage really means,” wrote pianist Igor Levit. President of Ukraine Volodymyr Zelenskyy thanked him. He praised the Russians “who try to tell the truth.”