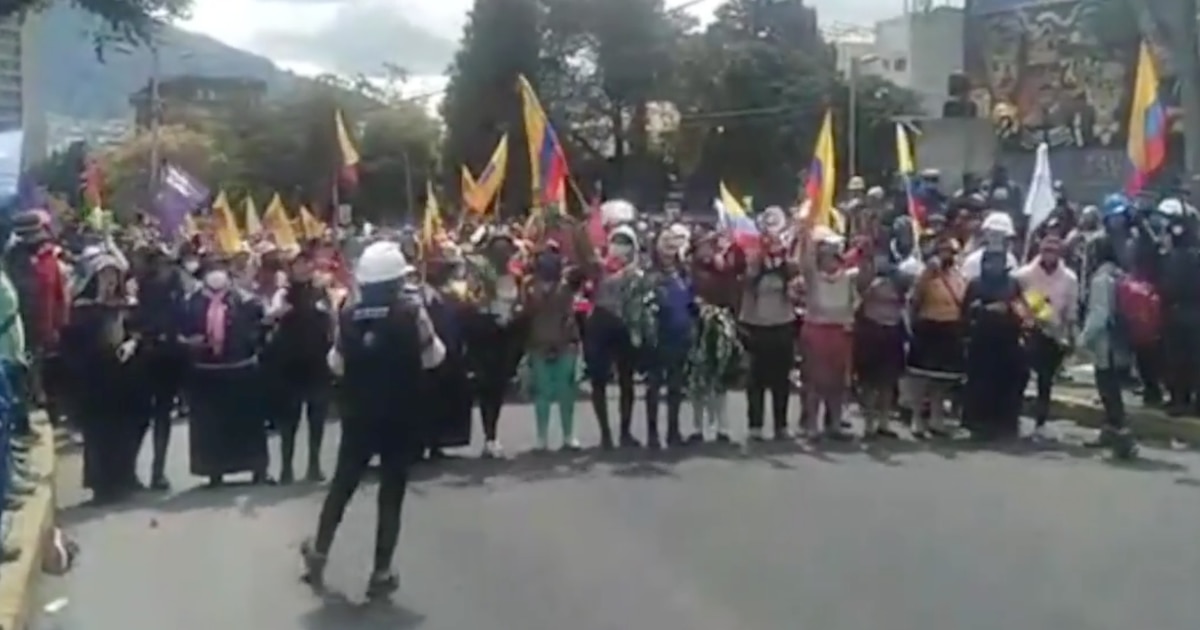 The Minister of Government, Francisco Jimenezinformed that this Thursday they will allow indigenous organizations to meet in the House of Ecuadorian Culture with the desire that they produce an assembly with order and under responsibility.

For his part, a few minutes before the pronouncement of the State, the president of CONAIE (Leonidas Iza) indicated that the mobilization at the point located in the park the little tree It will be given calmly and it urges to control excesses or those who incite it.

In a live broadcast by the organization, as well as in videos of passers-by and residents of the area, we observe how the thousands of demonstrators entered the Culture House.

The peaceful march was led by women, who chanted slogans of peace and understanding on this eleventh day of mobilizations on the national territory.

The president of the CCE, Fernando Cerón, has indicated that he hopes that this decision (opening the space to the natives) will be in favor of a horizontal dialogue and that it will guarantee the safeguarding of the 21 thousand cultural and heritage assets.

Nearly 400 health establishments of the Ministry of Public Health have been affected in different ways by the social protests, which celebrate 11 days this Thursday, assured Efe the Minister of Health, Ximena Garzón.

With court until last Tuesday, “We have 387 health facilities affected. We had several incidents with ambulances. We ask that access to health be respected. said the minister.

Garzón explained that among the damages they include establishments “That they were closed, that they threatened the staff, that they don’t let the staff go to the health centre.”

“We have not had major incidents in infrastructure, but especially in the ability of health personnel to access their places of work to be able to provide health care to citizens,” he said.

The social protests, which are spreading across the country with roadblocks and blockades in several towns, began on June 13, led by the Confederation of Indigenous Nationalities of Ecuador (Conaie)