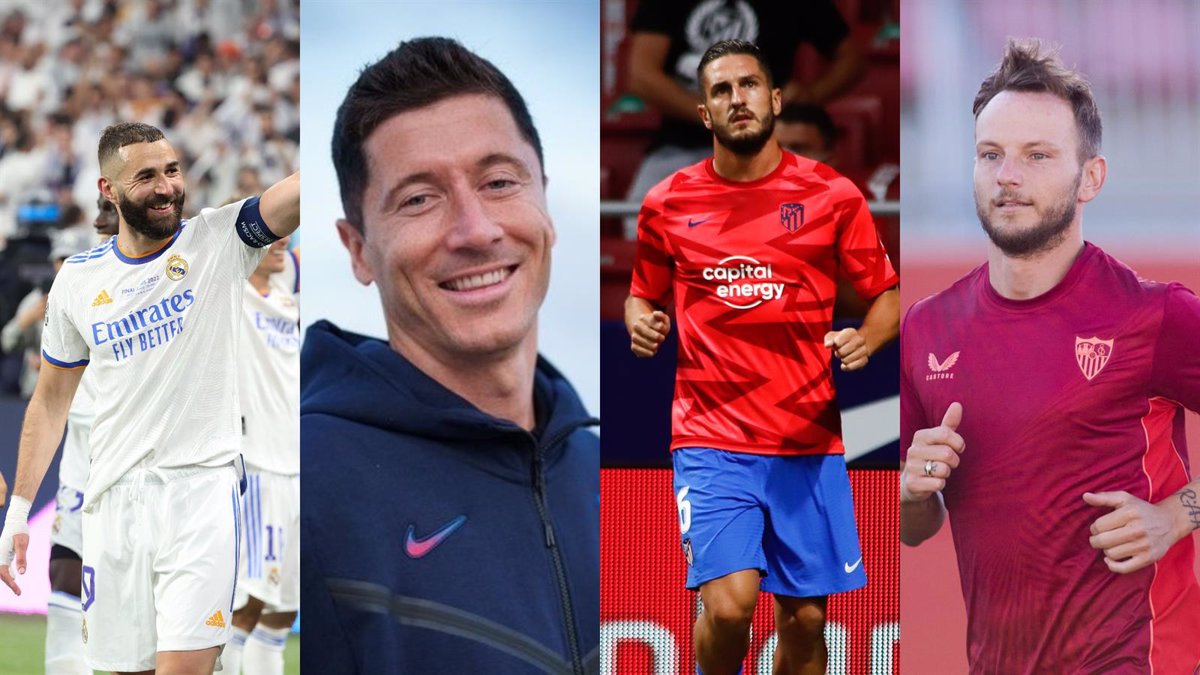 LaLiga Santander starts in less than a month, even before the European Super Cup is hosted, and the teams have a well-structured plan to develop the necessary preparation and arrive in the best conditions at the start of a new course, also marked by the unusual World Cup in winter.

The physical aspect as well as the creation of synergies between veterans and newcomers seem to be the key to face the 2022-2023 campaign with guarantees. So we review the pre-season games of Real Madrid, FC Barcelona, ​​​​Atlético de Madrid and Sevilla, the four best-placed players of last season in LaLiga Santander and contenders for next year’s title.

-Real Madrid. Tour in the USA and European Supercup.

The current Liga and Champions League champions returned to training after the holidays on July 8 with new signings Antonio Rüdiger and Aurielen Tchouaméni as the main protagonists, again conjuring up the ‘Pintus method’; and the well-known coach has already managed last year to keep the team at a high physical level throughout most of the course. Los Blancos will play three friendlies in the United States before taking on the European Super Cup on August 10.

Those only three Tests will be played against Barcelona on July 24 at the Summer Classic in Las Vegas. Three days later, on the 27th, Ancelotti’s men meet Club America, one of the giants of the Mexican league, in San Francisco. And the final rehearsal is on July 31 in Pasadena against Juventus.

This will be the experiment before the first official duel of the season, which is about the European Supercup. Real Madrid must beat Eintracht in Helsinki on August 10 to become the continent’s super champions. Los Blancos will make their La Liga debut against Almería on August 14, with the Satiago Bernabéu Trophy, a traditional summer game, and with Pumas as their rival yet to be confirmed.

Like Real Madrid, the United States is the place chosen to conduct the crucial preparation of Xavi Hernández’s new Barça. He has already played a game against Olot that ended in a draw (1-1), in a duel that saw Kessié and Pablo Torre start and Christensen enjoyed minutes. Fans are eagerly awaiting the debut of Raphina and Lewandowski on this North American tour.

The first game in the United States will take place at dawn Tuesday through Wednesday at DRV PNK Stadium against David Beckham’s team Inter Miami. As already mentioned, the highlight is the Clásico on July 24 against Real Madrid, which will be played in the Allegiant Stadium in Las Vegas. While the third game of the tour will be played against Juventus in Dallas on Wednesday July 27th.

The Azulgranas will play the final game of the American “leg” on July 31 at the Red Bull Arena in New Jersey against New York Red Bull. And before the start of LaLiga Santander for Barça on August 13 against Rayo, Xavi’s men will play on 6th of the month, witness the team’s big party at Camp Nou and battle the Pumas for the Joan Gamper trophy.

-Athletic Madrid. Four duels to prepare for the start of the league.

The Rojiblancos have been preparing physically for days in Los Angeles de San Rafael, without stopping climbing the traditional hell slope of the “teacher” Ortega, to start the campaign with batteries one hundred percent and avoid as much as possible the risk of injury during the course . And the first rehearsal will be on July 27 against Numancia, a match in which ‘Cholo’ will review the status of its players, with the possible debut of new signings Axel Witsel and Samuel Lino, and Álvaro Morata and Saúl Ñíguez, who will return afterwards assignment.

The second confirmed pre-season game will be played in Oslo, Norway on 30 July against new United from Ten Hag, who started the pre-season with a bang with a 4-0 win over Liverpool, the first litmus test for the Rojiblancos. Already on August 4, Atleti will fight against Cádiz for the Ramón de Carranza Cup, a summer classic that the Madrid team have won ten times. Finally, Atlético will complete their preparation on August 7 in Tel Aviv against Juventus before making their LaLiga Santander debut on August 15 at the Alfonso Pérez Coliseum.

-Seville. He will prepare the course in Korea, England and Portugal.

Julen Lopetegui’s men, fourth in the league last season, who returned to work on July 4, have already started their preparation with a 1-1 draw against Tottenham, the champions team, in South Korea, where they finished 10th Days have completed “phase” of the preseason. After that trip, Sevilla will return to Seville to continue training and then fly to Portugal to face Sporting Club de Portugal on July 24.

The next destination will be England, where they will face two rivals of the same level: Arsenal on July 30 in the Emirates Cup (tournament honoring José Antonio Reyes) and Leicester a day later. The Nervión team come full circle with a match at their stadium for the Antonio Puerta Trophy on August 6, with Cádiz the side to beat. The Sevillastas will open the league on August 12 against Osasuna in El Sadar.

Previous articleBaerbock: “This is only possible with the expansion of renewable energies”
Next articleJennifer Lopez Shows Off Her Wedding Ring For The First Time – And It’s Different Than We Expected