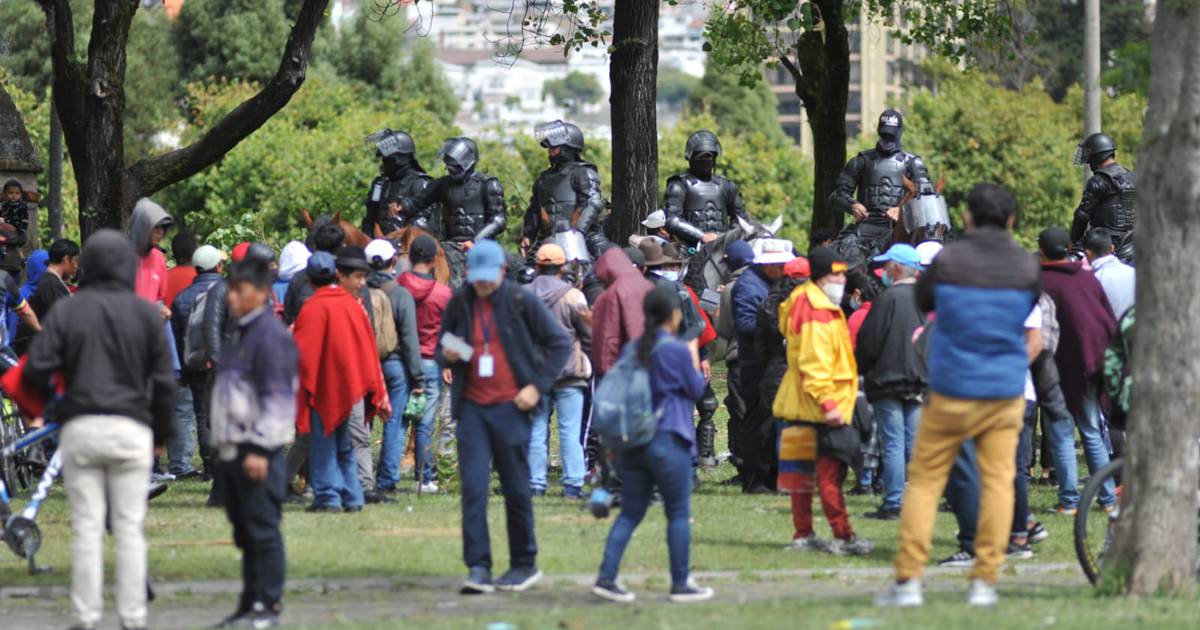 The surroundings of the House of Culture, El Ejido Park and El Arbolito have turned into a battlefield during this week. The clashes between the protester and members of the national police left dozens injured, detained and dead.

In addition to the people affected, the destruction is evident both inside and outside these spaces that “traditionally” serve for the entertainment and transit of Quito’s residents. After the progressive use of force by the men in uniform, which ended up “ending” the protest slots, this Saturday, June 25, hundreds of people returned to meet in this sector.

However, after the request of CONAIE President Leonidas Iza to maintain a day of rest, this was taken positively by the demonstrators. Although they gathered in large numbers, clashes did not exist. Better, those present chose to dance and share with the “companions of struggle”.

Slogans against the government of the time were not lacking. Similarly, the police contingent kept watch several meters away from those present. The mobilizations took place from the early hours of this Saturday despite the fact that it was reported that several trucks left the city with indigenous people on board.

Precisely this afternoon, a meeting of the plenary session of the Assembly is scheduled to discussas the only point, a demand for the dismissal of Lasso, who on Friday denounced an attempted coup against him.

The petition was made by members of the assembly linked to former President Rafael Correa (2007-2017) under the cause of serious internal unrest due to the wave of protests against the high cost of living and the economic policies of the executive .

While in principle the legislative session was to take place at the seat of the Assembly, it will finally be held virtually due to the state of emergency declared in six provinces due to the demonstrations, which have been characterized by road closures and blocking of roads. ways.

The organic law of the Assembly requires that the session to debate the presidential recall be convened within less than 24 hours from the presentation of the request, and the president himself is also summoned to present his allegations.

After the debate, Parliament has 72 hours to vote on the president’s continuityfor which a two-thirds majority is required, i.e. 92 of the 137 members of the assembly.