They use laser technology to remove the graffiti on the Pantheon in Rome, which read: “Aliens exist” 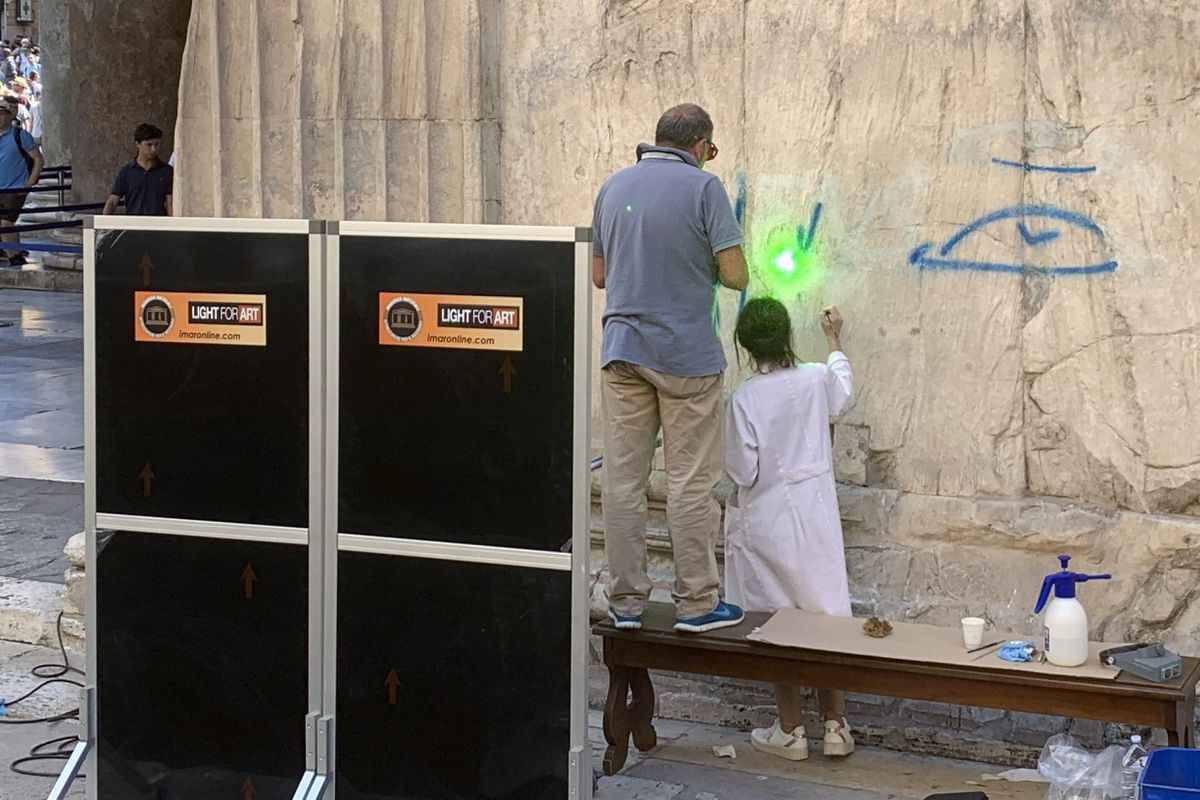 The graffiti that appeared on one of the walls of the Pantheon in Rome last Sunday has been erased. The Florentine company El.En, specializing in the production of lasers for medical and industrial applications, as well as for the restoration of artistic and cultural heritage, came to the rescue of the monument to remove the inscription “Extraterrestrials exist”. The company has previously participated in the cleaning of other enclaves and works of great value, such as the fresco by Leonardo da Vinci in the Sala delle Asse in Milan, the Ponte Vecchio in Florence and the Cathedral of Orvieto, located in the Italian region of Umbria

The company’s manager, Paolo Salvadeo, is proud of the work done. “It amazes us that we find ourselves in front of great artists and great works of the past. Preserving or even saving these masterpieces with our lasers is priceless,” assures the entrepreneur. Salvadeo explained that the greatest satisfaction he gets from all of this is “being able to erase the stupidity of certain people.” The manager also treated his team as a kind of “monuments men The modern era”.

The collaborators of the restoration operation are Valentina Becattelli, Alessandro Zanini, Valentina Trafeli, Laura Bartoli and Paolo Salvadeo himself. Zanini is director of Light for Art, the company’s department specializing in the application of laser technology in cultural heritage. “Our task force trains conservators from around the world to use sophisticated laser equipment. As a technical sponsor of certain major restorations, we often provide systems free of charge,” he explains.

Authorities are still searching for the perpetrators of the blue spray paint, a difficult task as the area is devoid of surveillance cameras and those on nearby buildings were offline, local media reported on Sunday.

Previous articleLidl’s cheap fitness tracker: The discounter’s $20 gadget can do it
Next articleFederal prosecutors expect “continuity” from the new attorney general: “He intervened in dark Delgado episodes”