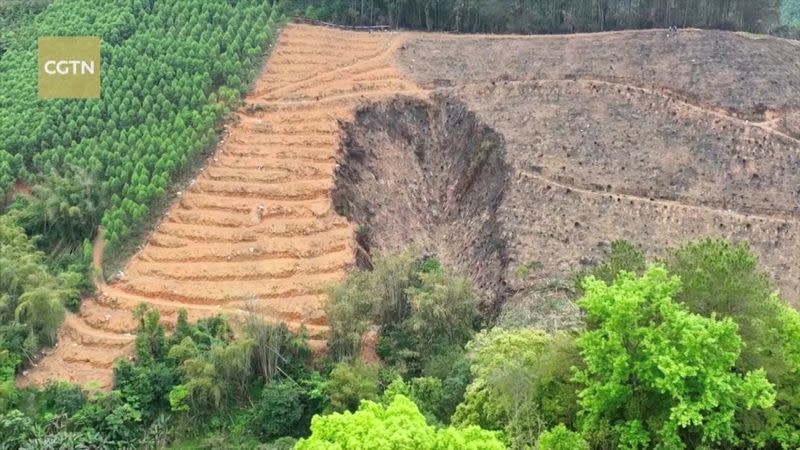 WUZHOU, China, March 23 (Reuters) – Chinese rescue teams on Wednesday found one of the two black boxes from the China Eastern Airlines plane that crashed this week in forested mountains with 132 people on board, the regulator said. national aviation.

The device was badly damaged and it was not immediately clear whether it was used as the flight data recorder or the cockpit voice recorder, an official with the Civil Aviation Administration of China (CAAC) said. ) at a press conference.

Flight MU5735 was traveling from the southwestern city of Kunming to Guangzhou on the coast on Monday when the Boeing 737-800 suddenly plummeted from its cruising altitude, about the time it should have started its descent for landing.

Most of the device appears to have disintegrated upon impact and no survivors have been found. The cause of the accident has not yet been determined and the aviation authorities warn that their investigation will be very difficult due to the serious damage suffered by the plane.

“We found a black box at the crash site, but it is badly damaged on the outside, so the investigation team is still determining if it is the flight data recorder or the cockpit voice recorder,” he said. Mao Yanfeng, head of aircraft research at the CAAC.

Weather conditions along Monday’s flight path did not pose any danger to the plane, and air traffic controllers had maintained communication with the plane after it took off and before its rapid descent, Mao told reporters.

During its descent, the plane did not respond to repeated calls from air traffic controllers, the CAAC previously said.

The plane had met airworthiness standards before takeoff, and the three pilots – one more than normally required on a 737 – were in good health, officials said.

Heavy rains in southern China on Wednesday hampered search efforts and wet weather is expected to continue for the rest of the week.

Relatives of the passengers visited the crash site, including a pensioner surnamed Zhang from Shenzhen, his eyes brimming with tears as he told Reuters his nephew was on the flight.

“I hope the country can thoroughly investigate this matter and find out if it was the manufacturer’s fault or if it was a maintenance issue,” Zhang said.

GRAPH (in English): Plane accidents in China in the last 40 years https://tmsnrt.rs/3itiUxK

China seeks survivors of plane crash whose cause is still unclear

(Reporting by Stella Qiu and Ryan Woo in Beijing and Jamie Freed in Sydney; Spanish editing by Carlos Serrano)