They deny the so-called Assembly document to revoke the state of emergency; bench leaders meet to discuss the matter 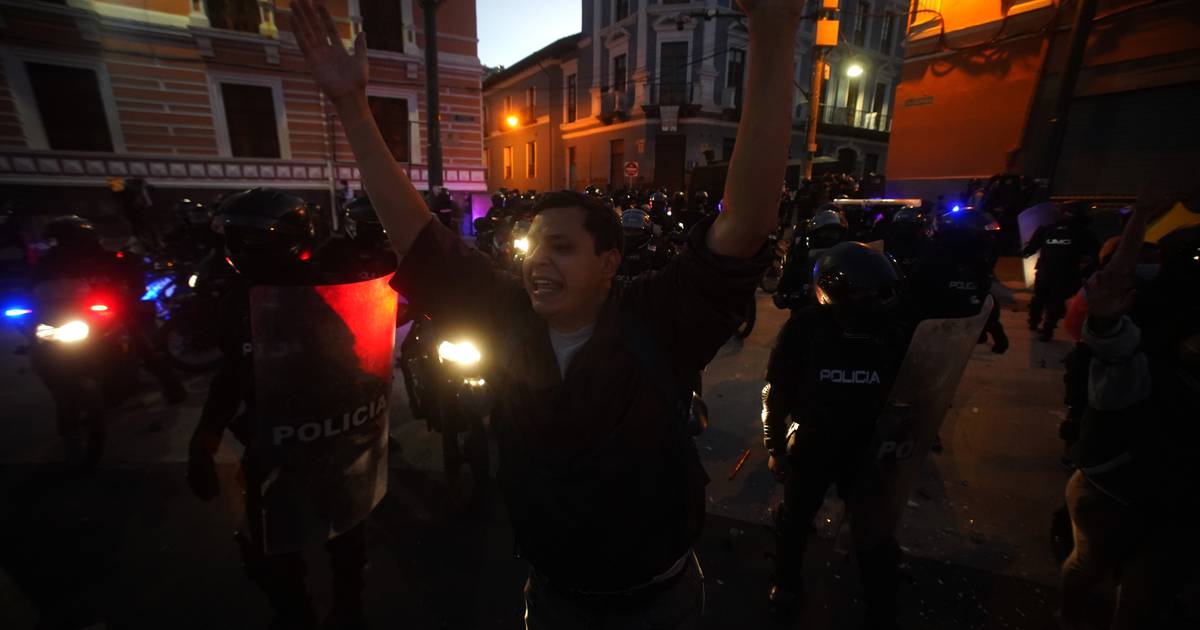 The General Secretariat of Communication of the Presidency, through its Twitter SEGCOM V, has denied a document circulating on the networks with which the National Assembly would intend to revoke Executive Decree º455 on the state of emergency in Cotopaxi, Imbabura and Pichincha.

FALSE | An image with false information about Executive Order 455 is circulating on social networks. We urge citizens to seek information from official sources. pic.twitter.com/jlWFTDQCmK

The legal secretary of the presidency, Fabián Pozo, reported that the Constitutional Court (CC) referred to the knowledge of the decree with the state of emergency.

Since this morning, the heads of the various legislative caucus have been meeting semi-face-to-face to analyze the revocation of the state of emergency. They also hope to have another meeting with the President of the Assembly, Virgilio Saquicela. This was reported on Twitter by Pachakutik block coordinator Salvador Quishpe.

We started a semi-face-to-face meeting between the Heads of Blocks of the @AsambleaEcuador seek solutions to the problem that the Ecuadorian people are going through. We cannot stand idly by in the face of the problem. President @LassoGuillermo must respond urgently

Likewise, Assembly member Pachakutik and president of the Economic Regime Commission, Mireya Pazmiño, asked Saquicela to convene the plenary session of the Assembly.

I asked the members of the assembly to unite and ask @VSaquicelaEconvene the Plenary Assembly of the @AsambleaEcuador, for handling the revocation of the state of exception. We hope to have the support of the absolute majority, in accordance with Art 46 of the LOFL. pic.twitter.com/lVUcT6PbQv

From the UNES block, Pabel Muñoz has indicated on the social network that he supports the recall.

For her part, MP Johanna Moreira stressed that “if it is confirmed that the executive power is abused, it is up to the Constitutional Court and the Assembly to take decisions so that democracy prevails”.

We are awaiting the notification of the decree on the state of exception to analyze the respect for human rights.

If it is confirmed that there has been an abuse of executive power, it is up to the @CorteConstEcu Yes @AsambleaEcuador make decisions for democracy to prevail. pic.twitter.com/kQwCR4ARBe

The bench of the Social Christian Party (PSC) has issued a press release in which it assures that it will not support the revocation of the state of emergency.

The Social Christian Party Caucus WILL NOT VOTE to revoke the decree on the state of emergency because the absurd limitation of the right to freedom of information and the lethal use of force has been removed.
Its application will be the exclusive responsibility of the President. pic.twitter.com/WE6kHly719

Article 46 of the organic law of the legislative function refers to the revocation of the state of exception. “After notification (…) the absolute majority of the members of the National Assembly, can ask the President of the Assembly to revoke the executive decree which declared the state of exception, who will transmit the said request to the Assembly plenary so that, in a single debate and by an absolute majority (70 votes) of its members, reject the petition or revoke the executive decree.