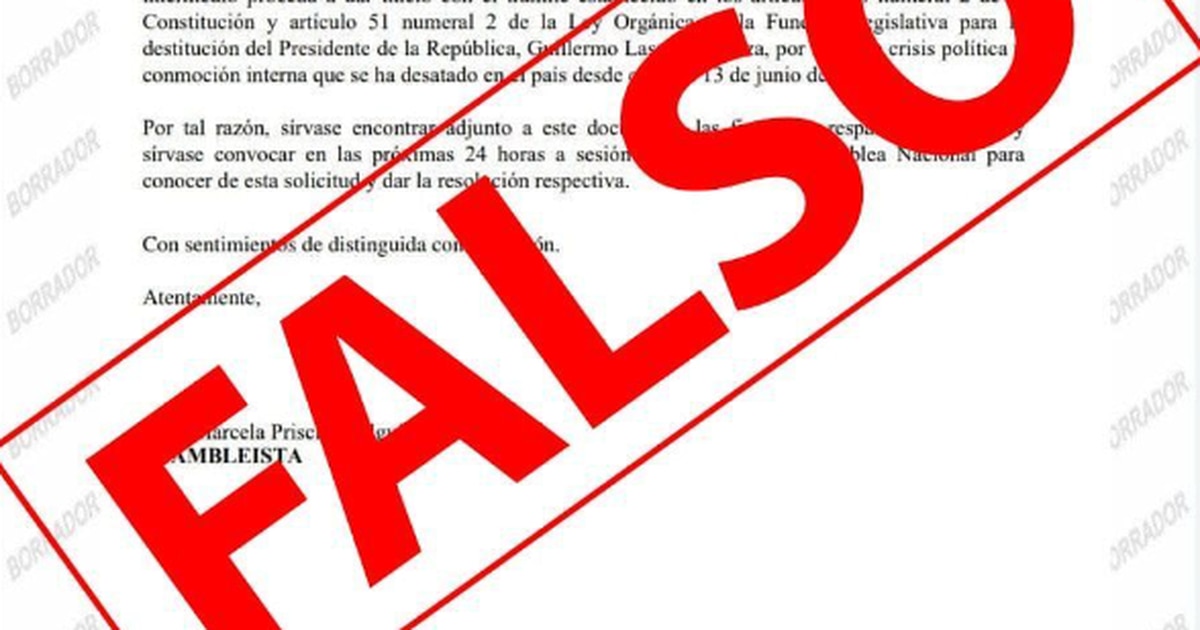 A document allegedly released by the Assembly in which a plenary session is requested to impeach President Guillermo Lasso has already been rejected. This comes on the ninth consecutive day of protests in the country against the government.

Precisely, President Lasso confirmed his presence at the dialogue promoted by different civil society organizations. “It is our duty to reach consensus for the good of the country,” he said in an open letter.

The center of Quito was the scene on Tuesday of new unrest due to clashes between demonstrators and police. These altercations occurred when groups of demonstrators tried to reach El Arbolito Park.

#NOW | #LawyerEc informs the public that its head office has been attacked and that its staff are still working from home; In addition, he has secured sensitive business information and is making a public appeal for peace and respect for the law. pic.twitter.com/ESAGoLOEGn

Incidents also took place around the Pontifical Catholic University of Ecuador (PUCE), which denounced “acts of vandalism by demonstrators” against its headquarters, where “members of the national police also entered without authorization”.

🚨 WARNING: We denounce that members of the National Police have just entered, without authorization, the campus of the PUCE Quito Headquarters. In addition, acts of vandalism are recorded against our facilities, by protesters, such as the destruction of the front door🧵 pic.twitter.com/togpvh4Uc4

The PUCE denounced having suffered “the destruction of the front door” of its campus, and also launched “a call for peace and dialogue to put an end to these acts of violence”.