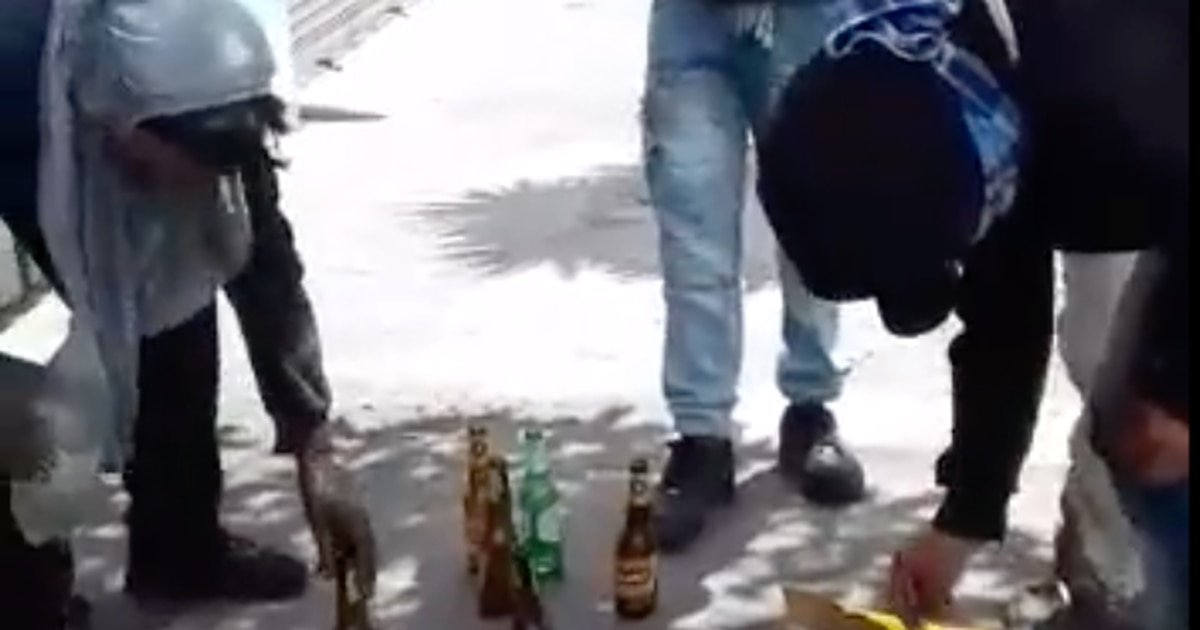 The national police released a video in which a group of people can be seen making Molotov cocktails to be used during the protests. As recently as Tuesday, central Quito was the scene of further unrest due to clashes between protesters and police on the ninth consecutive day of protests in the country.

In the footage, three subjects are seen making the Molotov cocktails, while another approaches them to instruct them on how to detonate them and spread fire. “This is not a peaceful protest, this is vandalism,” the police tweet read.

He also rejects these actions “which are not the best way to manifest. These acts threaten the integrity of people, especially law enforcement.

THIS IS NOT A PEACEFUL PROTEST, IT IS VANDALISM

We strongly reject these actions which are not the best way to manifest.

The clashes occurred this afternoon when groups of protesters tried to reach El Arbolito Park. Despite repeated calls by indigenous leader Leonidas Iza, the main promoter of the protests, for the demonstrations to be peaceful and without violence or vandalism, some protesters have carried out attacks against the facilities of the Ecuadorian Attorney General’s Office, whose headquarters are located near of the combat zone.

Incidents also took place around the Pontifical Catholic University of Ecuador (PUCE), which denounced “acts of vandalism by demonstrators” against its headquarters, where “members of the national police also entered without authorization”.