These are the streaming tips of the week 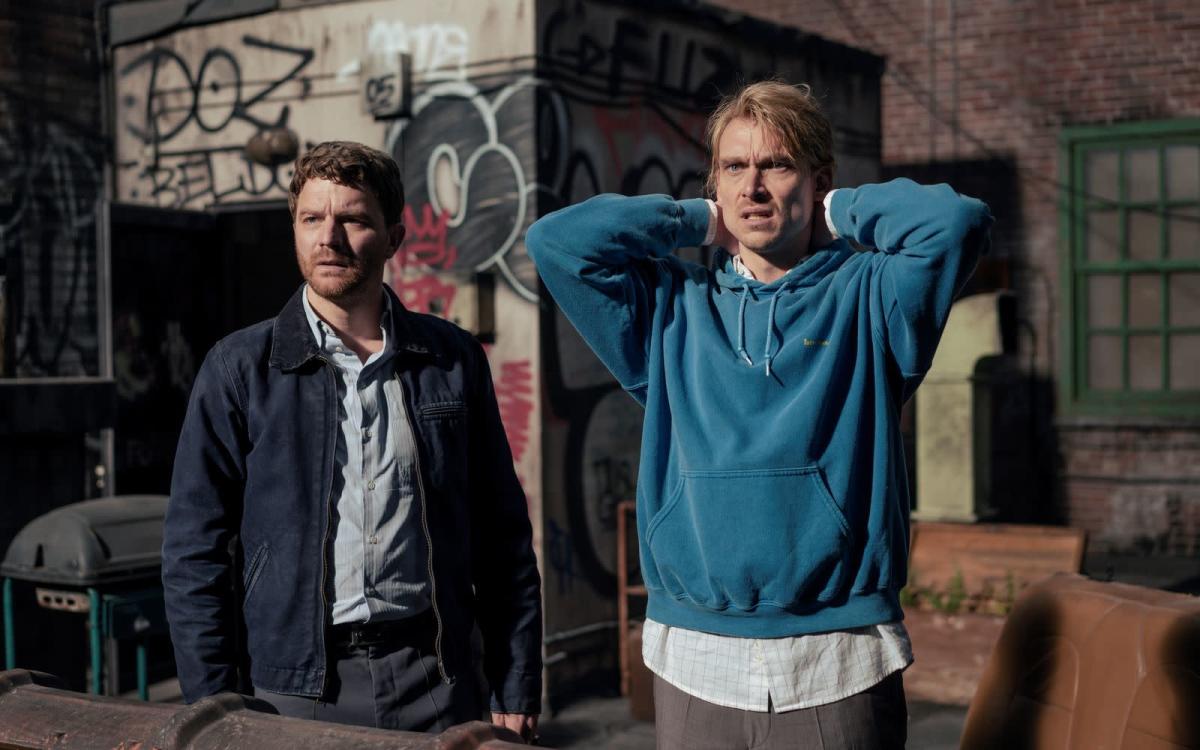 Sky presents a great German novel adaptation, and Disney includes an Oscar nominee for the show. The overview reveals which broadcast highlights they have in store next week.

At first, journalist Daniel Mandelkern (Albrecht Schuch) assumes that a completely normal interview awaits him when he travels to Italy to meet celebrated writer Mark Svensson (Friedrich Mücke). But in Sky’s new series “Funeral for a Dog” (March 17) nothing is what it seems at first glance. You can find out what else Netflix, Amazon and Co. have to offer in the coming days in the roundup.

“Funeral for a Dog”, Sky Ticket

On the flight to Italy, Munich journalist Daniel Mandelkern (Albrecht Schuch) immediately proves that this cannot be a normal interview. He wants to meet reclusive bestselling author Mark Svensson (Friedrich Mücke). A few hours turn into a few days, which Mandelkern spends not only with the author but also with the novel’s protagonists. He becomes more and more immersed in a story that he thinks he knows but that he knows nothing about…

From the first shot in an airplane toilet, the eight-part series “Funeral for a Dog” unfolds a fatal attraction into other people’s lives. In the grandiose film adaptation of Thomas Pletzinger’s novel “Bestattung eines Hunds”, Albrecht Schuch (“Berlin Alexanderplatz”, “Bad Banks”) in particular provides the ideal projection surface as a journalist in a crisis of meaning and life, for everything that one has been hiding for years, can cover up, repress. The exciting series can be seen on Sky Ticket from March 17.

Stanton “Stan” Carlisle (Bradley Cooper) has hit rock bottom when he signs up for a county fair in 1940s America. Clem (Willem Dafoe), the owner of the freak show, initially has Stan do odd jobs. menial, but the clever man soon rises up and becomes an attraction. One day psychologist Dr. Lilith Ritter (Cate Blanchett) shows up at one of Stan’s shows and tries to expose his tricks, to no avail. Dr Ritter, who knows that Stan is an impostor, nevertheless devises a daring plan with him: together with Molly they want to deceive the tycoon Ezra Grindle (Richard Jenkins).

With Guillermo del Toro, a master of darkness, he has refilmed the 1946 novel “Nightmare Alley.” This is the Mexican’s first film after his four-time Oscar success “The Shape of Water” in 2017. Psychological thriller “Nightmare Alley,” starring such stars as Rooney Mara, Toni Collette and Ron Perlman, has also been nominated for an Oscar. in four categories. The award-winning strip can be seen on Disney + from March 16.

Adam Neumann, played by Oscar winner Jared Leto (“Dallas Buyers Club”), introduces himself as a “serial entrepreneur” at student parties. Despite being dismissively shaken by his fellow students and professors and labeled a loudmouth, he sticks to his big dreams: Adam creates the WeWork company with his business partner Miguel (Kyle Marvin), privately conquers the heart of artist Rebekah (Anne Hathaway).

Between admired CEO and outcast boogeyman: With “WeCrashed,” Apple successfully traces the rise and fall of Adam Neumann. Jared Leto’s performance as a charismatic and narcissistic businessman is what sticks with the subtle portrayal. The eight-part series, based on the “WeCrashed: The Rise and Fall of WeWork” podcast by Lee Eisenberg and Drew Crevello, premieres March 18 on Apple TV+.

At first glance, Mei Lee is just an ordinary teenager: the confident 13-year-old hangs out with her friends at school, has crushes on members of the most popular boy band, and tries to please her overprotective mother, Ming. . By the way, an ancient family curse weighs on her, which manifests itself overnight: when she has strong emotions, the girl transforms into a huge glowing red panda. This causes a lot of chaos, because Mei’s feelings fluctuate almost every second.

“Red”, the new animated film from Disney and Pixar, tells a story about growing up and everything that has to do with it, of course, with the usual cute animation aspect and with a lot of heart. It was directed by Chinese-Canadian filmmaker Domee Shi, who won an Oscar in 2019 for his short film Bao. His latest work launches on Disney+ on March 11.

Ptolemy Gray (Samuel L. Jackson) suffers from Alzheimer’s and lives in total chaos. The elder can barely follow the conversations with his nephew Reggie (Omar Benson Miller), who cares for the abandoned old man. When his only confidant is murdered, Ptolemy loses the last constant in his life. From now on, young Robyn (Dominique Fishback) tries to fill the void. When a novel therapy causes Ptolemy’s memories to return, she sets out with Robyn to solve Reggie’s death.

With the insane Ptolemy and the orphan Robyn, two outcasts are the focus of “The Last Days of Ptolemy Grey.” Samuel L. Jackson playfully uses the entire acting toolbox and brings a mix of childlike defiance, mistrust, gratitude, and joy to the screen. Dominique Fishback also knows how to convince, following up on her strong performances in “Judas and the Black Messiah” and “The Hate U Give.” The six-part production from director Ramin Bahrani begins March 11 on Apple TV+.