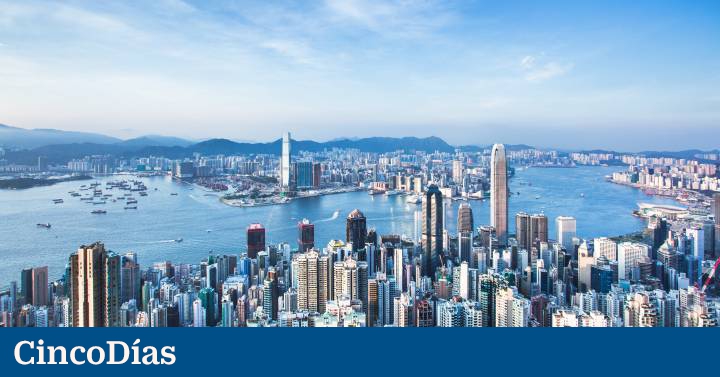 Hong Kong, Zurich and Geneva They are the three most expensive cities in the world to live in. And close the top five Bern and Tokyo. This emerges from the Annual Cost of Living Report 2022 by the consulting firm Mercer, which analyzes the price development of a basket of more than 200 goods and services in 227 cities on five continents. The first Spanish cities on this list are Madrid and Barcelona, ​​​​​​that occupiesn or the positions 90th and 78thand are among the most attractive in Europe for multinational companies looking for competitive destinations for their expatriates.

The current uncertainty due to the war in Ukraine and the resulting increase in inflation has reduced the ability of foreign workers to save increases concern for their quality of life in fate. The onset of telecommuting has also prompted professionals to reconsider their priorities and seek a better work-life balance.

Madrid and Barcelona, ​​81st and 74th respectively in 2021, are below the benchmark average that defines them this year most favorable cities for businesswhich in turn offers refugee workers greater savings capacity and a better quality of life thanks to its healthcare system, transport infrastructure, quality of consumer goods, recognized education system, leisure and housing facilities and natural environment.

Employees also have access to multicultural education in international schools at lower prices than other European cities. As far as yours Rental rates for apartments In terms of the housing market, the housing market in Madrid has been relatively stable in recent months and although supply has exceeded demand, prices for quality properties have fallen in certain areas. However, Barcelona has seen prices rise by 1%, with a particularly sharp increase for city center apartments.

“To Madrid and Barcelona it makes them attractive to live in Europe, to have extremely competitive living costs and an excellent quality of life. It’s a good reason for the decision to come to work, and even more so in a context where teleworking is becoming more common,” says Juanvi Martínez, director of the career at Mercer. “Spain is on the right track to be a country that attracts talent. What needs to continue to change are the regulatory frameworks, especially for companies, and they need to become more flexible,” he adds, before highlighting the example of Malaga as the location chosen by many professionals, especially in the technology sector.

Alongside Hong Kong, which reiterates its position as the world’s most expensive place to live, in the asian pacific region There are three other cities that fall into the top 10 in the rankings: Singapore retains eighth place, Tokyo moves up from fifth to ninth place, and Beijing climbs two spots to tenth.

Talk about Europe, four of its cities are among the ten most expensive in the world. In second place is Zurich, followed by Geneva, Basel and Bern (all in Switzerland). In 126th place is the cheapest city on the old continent, Athens.

USA has become expensive New York is seventh in the ranking, making it the most expensive place in the country. Meanwhile, in Latin America, the city with the highest cost of living is Buenos Aires (114), up 41 places. In the Middle East, the podium goes to Tel Aviv, which sits sixth on the list, followed by Dubai (31) and Abu Dhabi (61).

That The strongest ranking increases concern two African cities: Luanda, which climbs 85 spots to 64th, and Conakry, which climbs 50 notches to 76th. “Angola is going through political and economic changes that bring much more stability to the country. This means that its currency has strengthened against the dollar, which translates into an increase in the cost of living, which is reflected in Luanda,” explains Martínez.