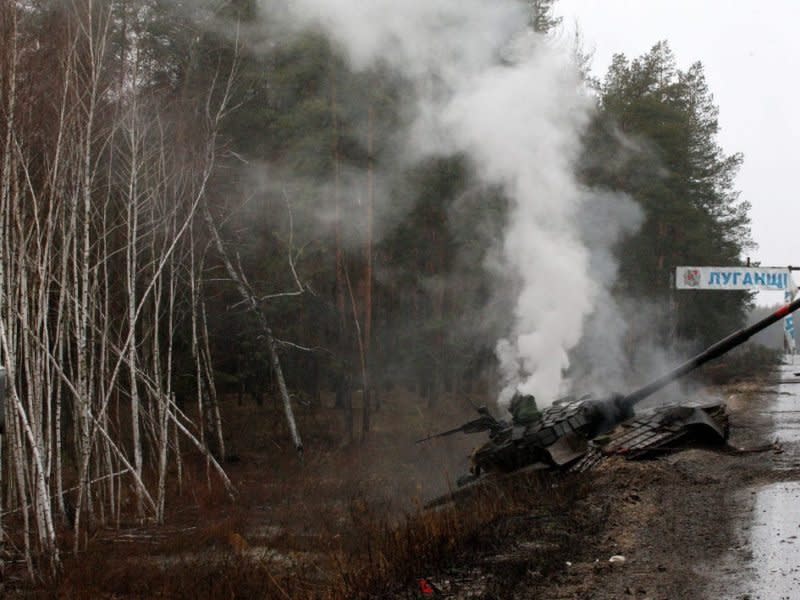 Some experts are even of the opinion that Russia might have overdone it. The reason: Russia is not progressing as fast as expected and, according to media reports, has lost some high-ranking military in combat. Among them are six generals and other high-ranking officials.

Ukraine claims to have killed more than 14,000 Russian soldiers. The Pentagon of the United States estimates that the number is half. Up to 7,000 Russian soldiers are believed to have died. The Russian Kremlin contradicts this account and says that 498 Russian soldiers have been killed so far. Business Insider has not independently verified the information.

Some of the deaths listed here have been confirmed by Russia itself, while others have been reported by Ukrainian officials or the media.

Major General Andrei Sukhovetsky was the first high-ranking casualty of the Russian Army. According to media reports, he was killed by sniper fire. He was a general of the Russian 7th Airborne Division and deputy commander of the 41st Army.

In a tweet, the Ukrainian military said it had killed Russian Major General Andrey Kolesnikov. It is said that he is the commander of the 29th Army. If the information is correct, he would be the third Russian general to die in the fighting.

Russia reportedly lost its fourth general in Oleg Mityaev, who was killed during the Russian attack on the city of Mariupol. This is what Anton Gerashchenko, adviser to the Ministry of Internal Affairs of Ukraine, wrote on Telegram.

According to the “New York Times”, Ukrainian soldiers were able to intercept a call from a Russian general and kill Mityaev. The newspaper cites two US military sources.

The general was reportedly killed when Ukrainian forces attacked an airfield in Chernobaivka, near Kherson airport. It is temporarily used as a Russian base, the Interfax news agency reports. The Kremlin did not confirm the general’s death.

According to Ukrainian data, the general and commander of the 49th Army, Yakov Rezantsev, was also killed. This is reported by Illia Ponomarenko of “The Kyiv Independent”.

Russia has not confirmed the death, which according to one of Zelenskyi’s associates occurred in the village of Chornobaivka in southern Ukraine. Rezantsev earlier boasted that the invasion of Ukraine would be over in a few hours, the English newspaper The Telegraph reported.

Russian media reported that Glebov died during his special operation in Donbass, and after his death he was awarded the Order of Bravery.

Konstantin Zizevsky, commander of the 247th Guards Air Assault Regiment, is said to have been killed in a military operation to “protect the Donetsk and Luhansk People’s Republics”.

His death was confirmed in an Instagram post by Mikhail Vedernikov, the governor of the Pskov region.

Lt. Col. Yuri Argakov died along with Konstantin Zizevsky, the governor of the Pskov region, Mikhail Vedernikov, said in the same Instagram post.

According to a British Guardian report, Ukraine claimed to have killed Russian Colonel Andrei Zakharov in an attack on an armored column in a kyiv suburb.

Colonel Sergei Porokhnya, commander of the 12th Russian Engineers Brigade based in Ufa, was reportedly killed in Ukraine. The Russian media “KP-Ufa” reported that he was killed in a “special operation” in Ukraine. Some of his Russian colleagues confirmed this information on social networks.

Colonel Sergei Sucharev of the 331st Kostroma Parachute Regiment and his deputy, Sergei Krylov, were killed in fighting in Ukraine, according to Russian state television.

Sukharev was a senior Russian paratrooper commander whose regiment fought Ukraine off the Donbass city of Ilovaysk as early as 2014, Ukraine’s Center for Strategic Communications and Information Security said in a statement quoted by The Independent.

Colonel Alexei Sharov was reportedly killed by Ukrainian troops in the besieged southern city of Mariupol. Sharov was the commander of the 810th Zhukov Brigade of the Russian Navy.

General Magomed Tushaev, a Chechen warlord, was killed in an attack on a Chechen tank convoy in Ukraine, writes the Daily Mail. Background: The armed forces of the Russian region of Chechnya supported Putin’s invasion of Ukraine .

Another warlord who was killed is Vladimir Zhoga. He led the Sparta Battalion, a neo-Nazi military unit backed by the Kremlin. Zhoga is said to have been shot in Volnovakha, the “Daily Mail” reports.

This text was translated from English by Luca Schallenberger, you can find the original here.