Thermal lack of exercise: the reason why air conditioning makes you fat 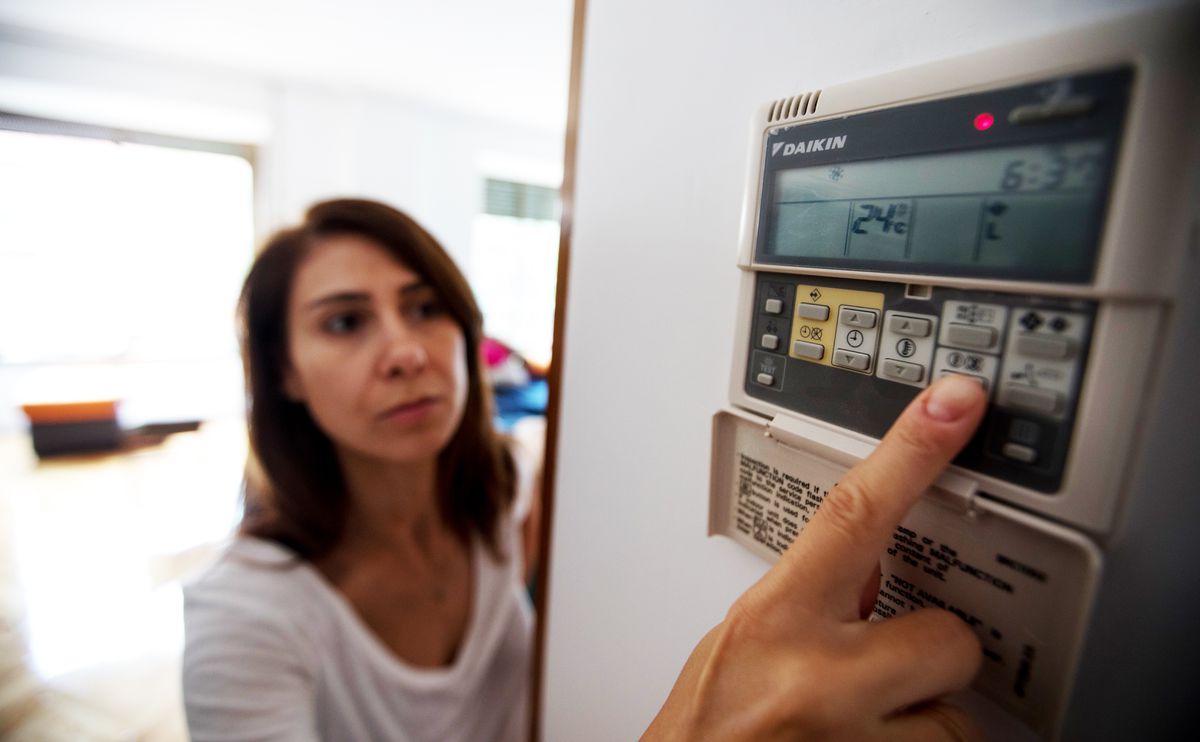 The investigator of Institute of Fat of the CSIC Javier Sánchez Perona For him it is clear: “Air conditioning makes you fat because being cool makes you hungry,” he says in an entry on his blog malnutridos.com, in which he asks himself the very question at the beginning: “Does the air conditioning make you fat?”. In his blog, Sánchez Perona explains that when he came to Seville from his native Gipuzkoa, Mondragón, more than twenty years ago to work at the Fat Institute, he was surprised by the heat of the Andalusian capital and how it reduced his appetite. He says that, like most Sevillians, he didn’t have air conditioning back then. And this researcher from the Ministry of Food and Health also explains that he thought that this could be one of the reasons why there are few overweight people in Seville. Years passed, air conditioning became popular and Andalucia became the Spanish region with the highest obesity rate. Is it a coincidence or are these two events related?

“I haven’t found any study that specifically demonstrates a cause-and-effect relationship between increased air conditioning use and increases in obesity, probably because it didn’t,” says Sánchez Perona. “The connection between temperature and appetite has been scientifically proven. The higher the temperature, the less appetite. So it seems obvious that if we live and eat with air conditioning, we’ll eat more and get fatter.”

“It’s proof that when you eat cooler, you eat more,” explains María José Castro, a nutritionist at the University of Valladolid. “The body at rest has a certain energy expenditure that we call the basic energy rate. And humans are homeothermic; This means we can regulate our metabolism to maintain a constant body temperature regardless of the ambient temperature. And what the body uses to produce this energy that keeps it at a constant temperature is food,” he adds.

This connection between temperature and appetite has been proven by several studies. Already in 1963, A study Studies carried out on rats showed that at a temperature of 35 °C the animals ate only 10% of what they had eaten at 24 °C. And at 40°C they stopped eating altogether. But it’s not just rats that eat less when it’s hot. other research A 2015 study conducted at the University of Birmingham (USA) showed that the study participants, this time humans, consumed 85.9 kcal fewer of the food given to them in the study (pizza) for every degree increase in ambient temperature.

But if, as Sánchez Perona explains, there aren’t studies that specifically focus on showing that air conditioning makes us fat, there is research showing that living in an environment with little variable temperature leads to weight gain. And we achieve these small variable temperatures, in which more and more people live, with air conditioning in summer and heating in winter. These two great inventions give us what is called the “thermal sedentary lifestyle”.

A study Published in 2014 by researchers, also from the University of Birmingham, concludes that “with the widespread adoption of climate control, people are protected from extreme temperatures and spend increasing amounts of time in a thermally comfortable state where energy demands are minimized.” This means that since we are less hot and less cold, we need less energy to keep our body temperature constant. And for that reason, this study concludes: “The time spent in this area thermoneutral could contribute to greater energy efficiency with a decrease in metabolic rate and consequent weight gain.”

The question is purely logical: if we eat the same thing, but our body uses less, then these excess foods will turn into extra kilos. All these studies are related to the interest of scientists to uncover the causes of the so-called obesity epidemic that is spreading worldwide. Because what is evident is that human genetics have not changed since this epidemic began to spread, so the cause must be environmental.

The big two have long been blamed: the growing consumption of food, including processed and ultra-processed foods, and a sedentary lifestyle. But many people in the scientific world believed that there must be more reasons. And little by little some are revealed. However, the massive abandonment of tobacco, which has been so beneficial in fighting cancer, has the negative side of fueling increases in obesity rates. Increasing use of some medications, including antidepressants, contraceptives, and antihistamines, also appears to affect it. All together, together with the two big ones and the constant and comfortable air conditioning we live in, more and more people are making our lives easier and seemingly fatter.