“There is this emptiness inside”: Kurt Krömer pours out his heart 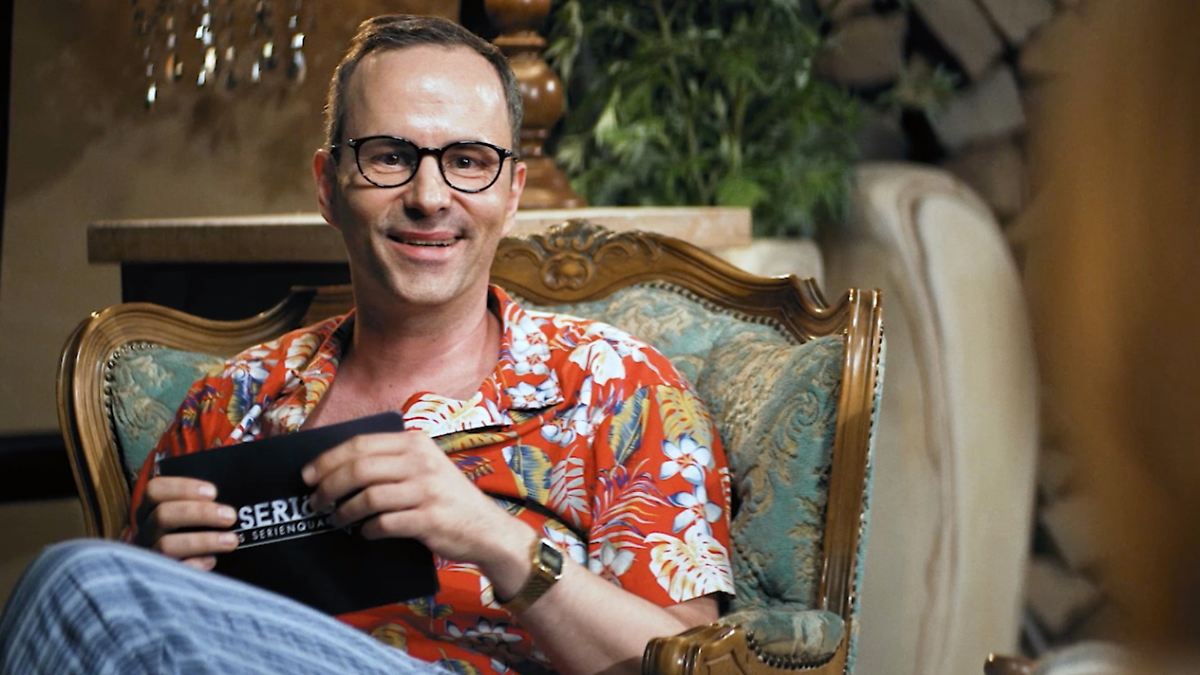 Everyone knows him as the successful comedian Kurt Krömer. But Alexander Bojcan, as his real name is, also has a vulnerable side. He not only talks about her in her new book “You must not believe everything you think. My depression”, but also in an interview.

Mr. Krömer, how do you know that you are depressed?

Kurt Krömer: I can say that I woke up in the morning and already had the feeling: “Shit, I hope it will be night again soon so I can go back to sleep.” You are unmotivated, you are not motivated. You could be on the best date and someone says, “Let’s have coffee and maybe do some shopping.” And you don’t have any emotion about it. I couldn’t read anything for years. Anxiety can occur. Can you have panic attacks without knowing where it’s coming from? I also had power issues. But above all there is this inner emptiness, a fear that is diffuse.

So you can’t assign them?

The stay in the clinic scared you to death, you write in the book. Why did you feel this way?

Because we don’t know what happens in a clinic like this. I still had an idea of ​​psychiatry comparable to a prison: being locked up, being medicated. But I realized relatively quickly that the best place for a severely depressed person is the clinic. Unfortunately, there is no magic pill that can blow my whistle and say, “Now I’m getting rid of this.” And I can’t say, “Now I’m going on vacation for three weeks and then it should be fine again.”

The sentence “Must be good again” should probably be removed anyway?

Yes. Also the word “function” for example. In the clinic the therapist always intervened. When asked what I should change, I said, “I’d like to get it working at home again.” He then said, “Explain, what is ‘it’? What’s supposed to work? You’re not a robot. With a robot you can press play and then it starts. But humans can’t always work the same way.”

Why do you always feel bad?

Even if you are no longer depressed, you still have a bad day, a euphoric day. I have days that I repress it, then I see everything very clearly again. That’s why: when someone says “I’m not working properly anymore”, I always cringe. The operation is equivalent to a hamster wheel. The operation is very stupid. The boss says, “You have to work better.” That’s what breaks us all.

You write that your depression is gone today. What has changed since then?

Well that’s a process. When you get to the hospital because you have a ruptured appendix, you know, okay, they’re going to have an operation and you’re going to have to stay in bed for a couple of days. And when you get fired, you know you can’t immediately start lifting weights or carrying cases of water up to the fifth floor. The wound has to heal, and so does a mental health clinic. It took me almost a year to get used to everything again. I know, for example, that I was totally euphoric after the clinic.

And how was it after the clinic?

Tips and emergency help for people at risk of suicide and depression.

I could sit on a park bench and watch the sun shine; how the leaves fell in autumn; see that the leaves are yellow, red, brown and dark brown, fresh, already decaying. That drove me crazy, I also wrote that in the book: It was like back then, when the Wall fell and people from East Berlin came to a supermarket with 80,000 different products and colors.

But does it sound like that has changed again?

Yes. (laughs) This has become normal. To me, the whole world was beautiful back then, everything was great. Unfortunately, Corona was already back then: I would have loved to hug complete strangers and say, “Hey, I’m back. You can count on me.” And then she had to settle. I’ve noticed: you’re not euphoric for the rest of your life. The opposite of depression is not being in a good mood or carefree. The world out there is pretty sick. And that has been established, that I perform both.

If you say that in a good mood, it sounds like typical poster sayings. What do you make of it?

I find it stupid. Even those wall decals that say “Don’t Worry Live” or “Carpe Diem”. These are sayings of the calendar, that does not serve me personally. I don’t need that, I have it in me now. But I thought that was bullshit before.

One chapter is particularly beautiful. In it you tell how you went on vacation with your children for the first time in eight years. Why were you so happy about it?

Outsiders always think, “Hey, we go on vacation every year. Why didn’t you do that?” But what changes with the end of the depression are very mundane things. I was in Greece and the first day in my bathing suit in the sun. He was completely sunburned. And they all said, “Man, that’s dangerous, you shouldn’t do that!” And I was happy about that, because for the first time in about eight years I physically felt: I’m still alive. All burned, injured. And the next day: straight back into the sun. It’s carcinogenic, I know, it totally sucks for your health. Next time I’ll sit in the shade again. But I was pale for years. When you’re depressed, you can’t lie in the sun because after a minute you’re like, “What am I doing here?” And now? I was in the sun for hours and got burned.

Did you at least have one good after-sun cream?

Yes, I learned that too, that there is such a thing. I do not want to advertise, but I met the best products.

What needs to change in society to deal with depression?

We have to talk openly about it. We have to address that and get this out of the taboo corner.

Exactly. If I had two broken legs, there’s no way you’d say to me, “Run a little faster!” You know immediately: he has a cast. You also know immediately, without having studied medicine: these things last at least six weeks. After that, the muscles get weak and you have to learn to walk again. But such a broken leg in the brain, it’s hard to explain. And I’m one of those people who didn’t know what it was three years ago.

When you realize you’re not feeling well, or when someone else needs help, what can you do?

I would persuade him. And I would recommend going to the German Depression Aid website. They have a short list of questions that takes about five minutes. And then gladly to the family doctor.

What are you doing today that you would not have done before?