‘There is no credible exit ramp for Putin,’ says Ross as he warns of a long war 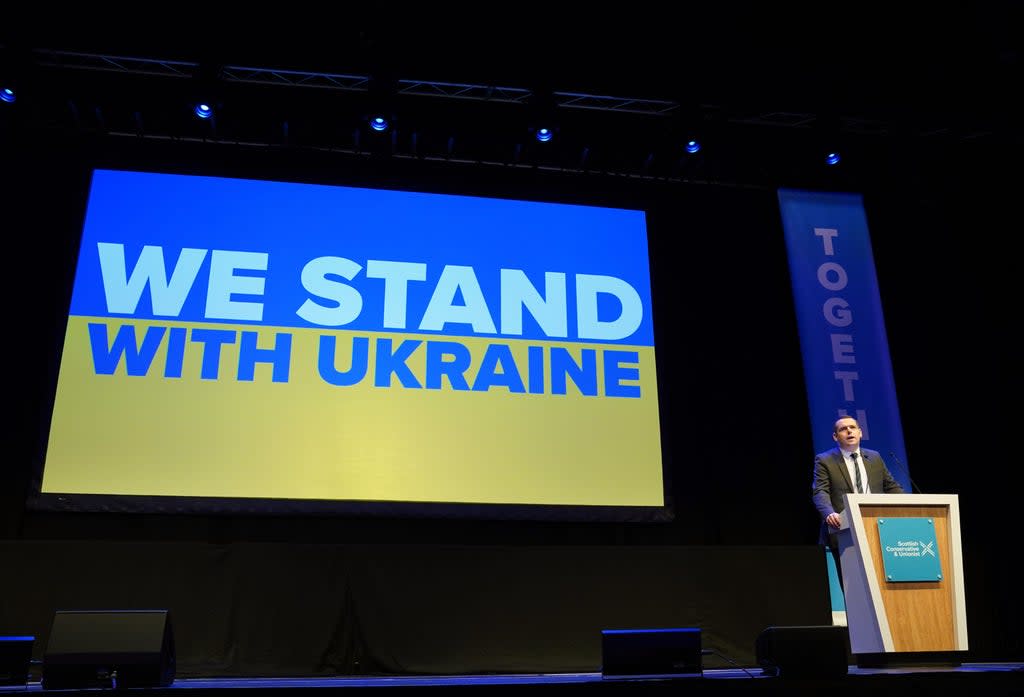 Scottish Conservative leader Douglas Ross has said he has not seen a “credible off-ramp” for Vladimir Putin in Ukraine as he warned of the possibility of a protracted war.

Speaking to reporters after his speech to his party’s conference in Aberdeen, Ross said it was hard to see a negotiated deal that the Russian president could count as a “victory.”

Ross and Prime Minister Boris Johnson met on Friday with Zhenya Dove, a Ukrainian woman who has lived in Scotland for eight years.

Ms. Dove received a standing ovation when she addressed the conference on the Friday before the Prime Minister’s speech.

I don’t think anyone can really say that we are going to get over this conflict in months or years.

Speaking on Saturday, Ross said: “This conflict, unfortunately, (is) going to go on for a long time because there is a lot of talk about negotiations and things like that, but I haven’t seen a credible off-ramp for Putin yet.” .

“How does he come out of this in any negotiated deal with a win in his eyes or, as he would perceive it, for the Russians?

“So my point is that I don’t think anyone can really say that we’re going to get through this conflict in months or years.”

In his opening speech at the conference, Mr Ross praised the resilience of the Ukrainian people and highlighted the importance of the UK helping to rebuild the country when the conflict ends.

“The Ukrainian people have become victims of an irredentist dictatorship with a distorted view of the world,” he said.

“But they are fighting back. They have paralyzed Putin’s war machine.

“Those brave Ukrainians refuse to give in, against all expectations.

“We must continue to provide them with the support they need to defend their country.

“We must be generous with those who come here seeking refuge.

“And when this is over, we must help the people of Ukraine rebuild their country.”