‘There are survivors’: frantic rescue operation at bombed-out Mariupol theater 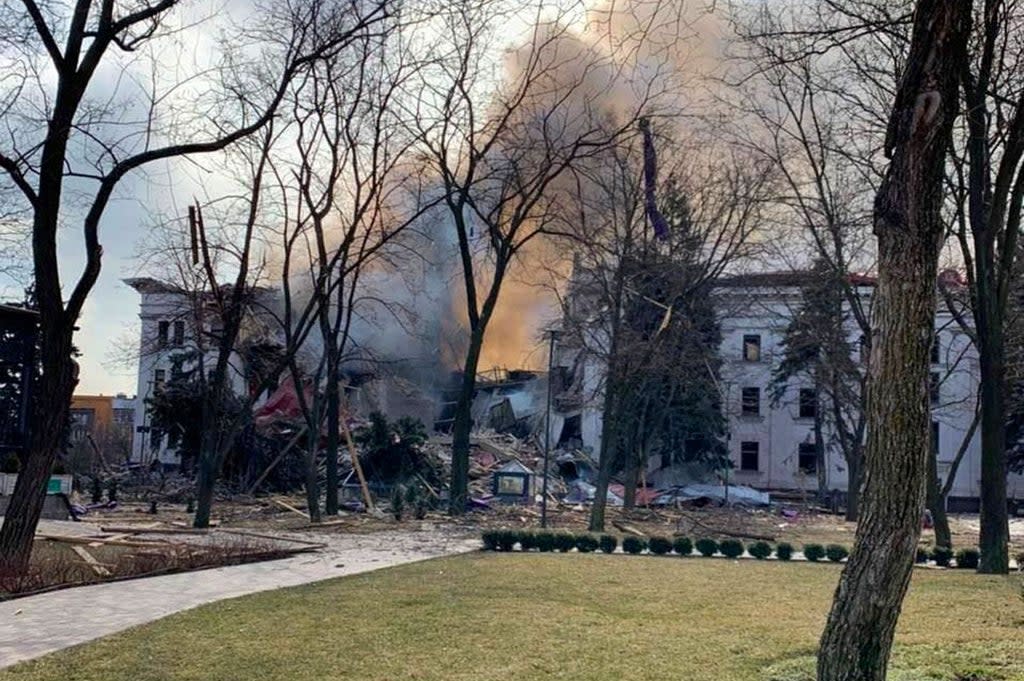 Some people have survived the devastating bombing of a theater in Mariupol, Ukrainian officials said Thursday as Joe Biden accused Vladimir Putin of being a “war criminal.”

Hundreds of civilians, including children, are believed to have taken refuge in the basement of the theatre, which photos show has been largely destroyed above ground.

“Now the rubble is being cleared. There are survivors. We still don’t know about the (number of) victims.”

He said rescue work was underway to reach survivors and establish the number of victims, which was still unknown.

Ukrainian parliamentarian Dmytro Gurin, whose parents are trapped in the city, said more than 1,000 women and children had taken refuge in the basement of the theater.

He told the BBC on Thursday morning: “Minutes ago we had information that the bomb shelter survived and people survived there.

“We still don’t know if we have injuries or deaths. But it seems that most of them have survived and are doing well.”

It is feared that Putin is resorting to even more barbaric tactics, with what appear to be increasingly indiscriminate attacks, or actual attacks on civilian areas, as British defense chiefs said his invasion of Ukraine has been “largely stalled”. on all fronts.”

Pavlo Kyrylenko, head of the Donetsk regional administration, said on Telegram late Wednesday that “several hundred” residents of Mariupol were at the Drama Theater, which is believed to have been hit by a huge Russian bomb.

Maxar Technologies, a private US company, distributed satellite images it said were from March 14 showing the word “children” in large Russian letters painted on the ground outside the red-roofed building.

As hopes grew that some people had survived, Iuliia Mendel, believed to be a former spokeswoman for the President of Ukraine, tweeted: “The bomb shelter at the Mariupol Drama Theater has survived the brutal Russian missile.

“At least most of them survived after the bombing. People are coming out of the rubble.”

Illia Ponomarenko, a defense reporter for the Kyiv Independent, sent a message: “It’s a miracle: civilians hiding in a basement at the Mariupol Drama Theater survived the airstrike.

“Now they are being evacuated from under the ruins.”

The standard was unable to confirm if anyone had yet to exit the destroyed building.

Kyrylenko rejected claims by the Russian military that the Azov battalion had its headquarters in the theater, stressing that “there were only civilians” when it was attacked on Wednesday.

He said the airstrike also hit the Neptune swimming pool complex. “Now there are pregnant women and women with children under the rubble. It’s pure terrorism!” said the official.

In London, Foreign Secretary James Cleverly stressed that evidence of the attack and other alleged atrocities needed to be collected so those responsible could be brought to justice for war crimes.

Russian Foreign Ministry spokeswoman Maria Zakharova said Thursday that the allegation that Russia had bombed the theater was a “lie.”

“Russia’s armed forces do not bomb towns and cities,” he told a briefing, in words totally contrary to the reality of what is happening in Ukraine.