The Xunta sees “intentionality” certified in several fires in August and warns: “There is patrimonial responsibility” 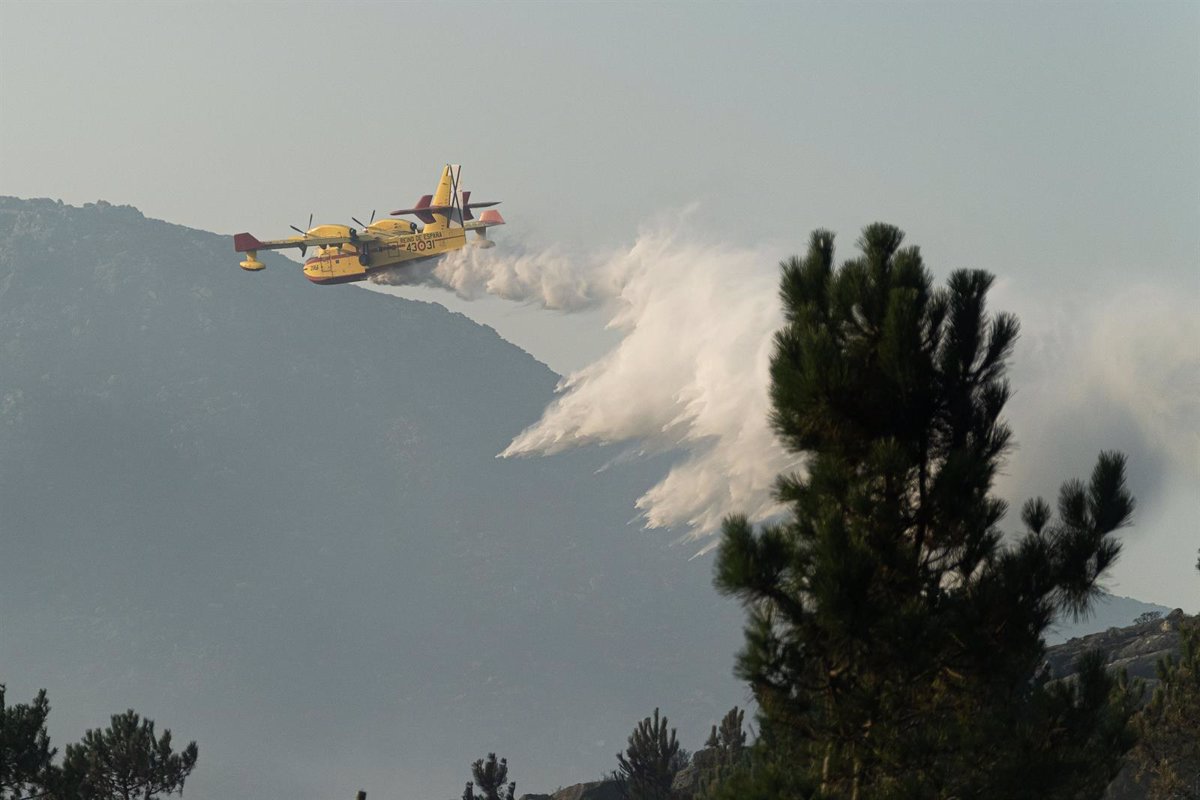 The regional Minister for Rural Environment confirms that progress is being made in stabilizing the Laza fire, where hot spots are being cooled

The Regional Minister for Rural Environment, José González, confirmed this Saturday that forest fires registered in Galicia since the end of July have “a strong component of premeditatedness” and issued a warning to “criminals” who break out fires: there are not only prison sentences, but also “property liability” for the costs of the deletion process and for the damage caused.

In his speech in Castrelo de Miño (Ourense), the City Council confirmed that the United Fire remains active in Laza and Chandrexa de Queixa in Galicia, making “favorable progress towards stabilization”.

“It’s almost a perimeter, but it’s a mountainous area with certain difficulties in accessing land resources. We need to continue cooling the hotspots within the fire to complete the completion and extinguishing tasks,” he said.

And at the same time, when asked about the lines of investigation, it is confirmed that since the end of July “a strong component of intentionality” has been demonstrated in the forest fires registered in the community.

“There are open lines and we will wait for their development,” he indicated, without giving specific dates, calling for the cooperation of citizens, both in terms of evidence of arson behavior and “prudence” in carrying out any type of activity could cause a fire “even through negligence”.

Anyway, after alluding to the recent arrest of a woman in Ribeira as the suspected perpetrator of a lighter-started fire who was “caught in the act”, she insisted there were “several fires” this month involving intentionality is “proven” and “the possible causes” are investigated.

The city council has admitted that the crimes are “very difficult” to prove because the fire itself “destroys the evidence” and, moreover, whoever seized is used to knowing the area “very well”, so that it “is very difficult to catch it with hands en masse”.

But he has stated that anyone who starts a deliberate fire “that endangers property and people” is a criminal who will face the full weight of the law.

“And I would like to remind you that there are not only prison sentences, but also a pecuniary liability for both the costs of erasure and the damage caused, which in some cases are very great,” he added.