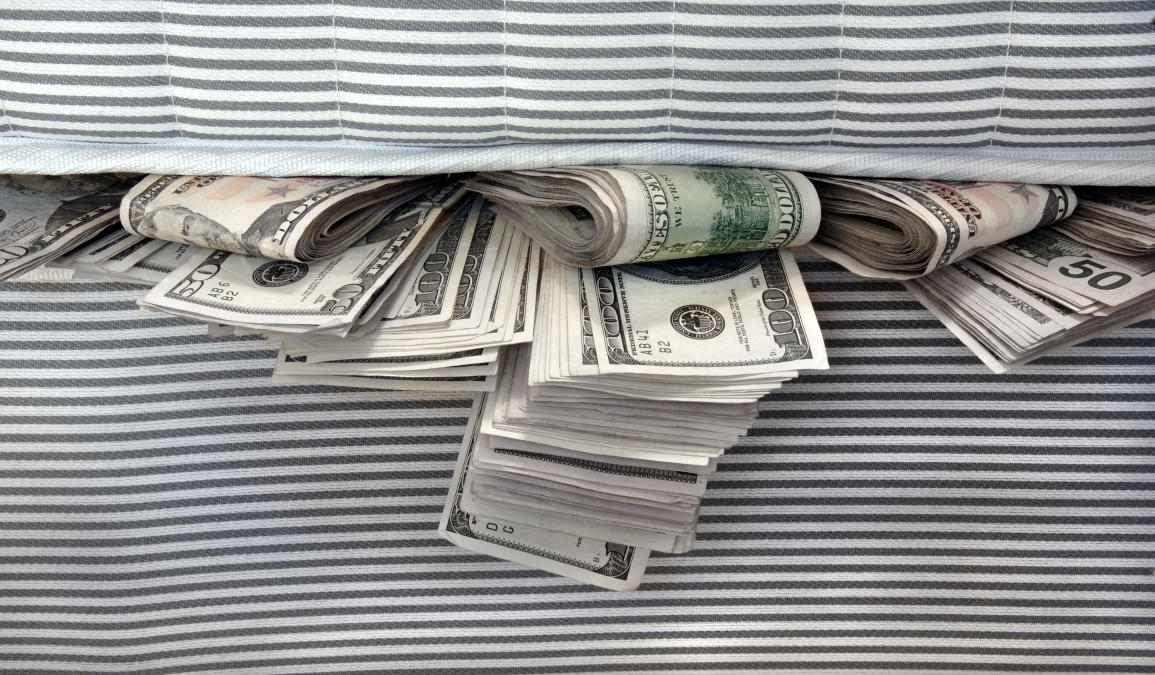 The markets chain days of heavy losses with days of large losses and high volatility. In January the IMF anticipated a year of turmoil in the markets and shortly after the risks that generated them have skyrocketed.

In the scenario of high inflation (no sight in the US in 40 years), it is one of the wars in Europe, with an aggressor, Russia, which has nuclear weapons and is the target of strong sanctions. Russia is not a great economy, but it is a key player in the markets for energy, raw materials and agricultural products that are now feeling the boycott of the Western allies against this country.

In a note to clients, JPMorgan analysts echoed that an “energy price shock on top of the central bank’s pivot to inflation exposure may further dampen investor sentiment.”

The temptation to stay on the sidelines of markets that do not raise their heads is clear. But it is not the option of investors with years and experience in their accounts.

The gurus are clear: the value of money will fall

In 2014, when Russia invaded Crimea, Warren Buffett told CNBC that the only thing you can be sure of “is that if we went to a big war the value of money would go down, which is what has happened in almost every the wars that I am aware of. The last thing you want is to hold onto money during a war.”.

No, only war, inflation is also an enemy, and a lot, of money. The more it goes up, the less purchasing power or investment you have with it.

But along the same lines as the Oracle of Omaha, Dan Hunt, senior investment strategist at Morgan Stanley explained in a report for subscribers that in this environment of massive losses one of the mistakes that can be made is “make cash and keep it”.

“It is an error that is added to that of the selling panic”, he affirms to explain that abandoning investments prevents taking advantage of the strong rebound that comes to shares when sentiment changes.

So how to invest in this environment of inflation?

“It is better to stay away from consumer discretionary companies, shops and department stores because they are areas that are going to be affected by inflation. Companies like Macy’s, Nike or Lululemon are fine when there is extra money from consumers and with inflation there won’t be as much”, explicitly Shawn Cruz, senior manager of TD Ameritrade who also recommends staying away from the securities of travel companies. “There will be less money for vacations and the airlines will charge us more for flights.”

Cruz opted for values ​​that will reflect the high prices of raw materials such as oil, refineries and metal companies, as well as those that serve inelastic demand (when the price does not change the habit or need to purchase) such as supermarkets. and diversified consumer goods companies. He gives two examples: “Kroger and Procter & Gamble”.

In general, you have to avoid risk “and this already happened before the war”, explains this TD Ameritrade manager. “There are companies like Microsoft or Amazon that can go up and down but they will always be there and are stable.”

As for bonds, the same advice to avoid risk accompanies high yields but precisely because they are high risk. “If you are not going to invest in safe yields and therefore they will not be high, it is good to do it in bonds that mature in two or five years, short termCruz advises.

Sean Markowicz of Hartford Funds, explains in a communication to investors that although Treasuries have done well in the past, they have to be treated with caution because “rising inflation eats up income”.

Suggestion is to bet on gold, the traditional value in case of stagflation (high inflation with low or no growth) and raw materials such as oil that behaves well when inflation rises, “many times because they are the cause of the rise in inflation” .

For the TD Ameritrade manager, cryptocurrencies are an asset weighed down by uncertainty. “If there is no clarity if you want on how to report it for taxes,” he adds. Cruz believes that there will be more security when there is more clarity in its regulation. “This week had a good day but only because there was a presidential memo that talked about regulation,” he says.

For those who have panicked, sold on downturns, and now have more cash than a long-term strategy demands, Hunt encourages investing slowly, with “purchases of shares at regular intervals, say monthly, to gradually return to the market”.

In this way, the sensitivity of the portfolio to the luck of the moment is reduced and it can make the movement easier for investors afraid of losing in a moment of collapse.

You may also be interested in | VIDEO: Who is Volodymyr Zelensky, the president facing Putin