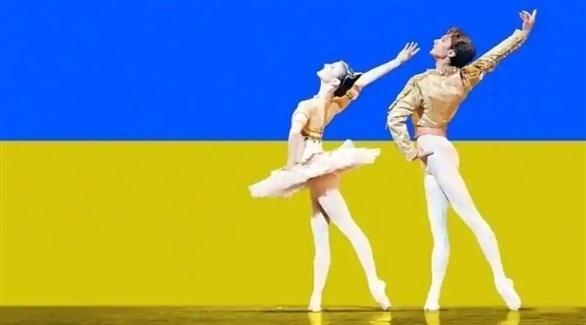 Far from the battlefields of Ukraine, Russian and Ukrainian ballet dancers gathered in London last night for a benefit gala that brought together some of the world’s foremost dancers for humanitarian relief efforts in the war-torn country.

About 20 dancers received thunderous applause from the packed hall of the London Coliseum during the “Dance for Ukraine” concert.

“We have a lot of loved ones at home. We cannot sit idly at home and watch the news, we wanted to do something,” said Ivan Potrov, who is from Ukraine and co-hosted the event with Romanian Alina Kojocaro. .

Some fans raised the Ukrainian flag during the ceremony, while dancers from many countries, including Brazil, Italy and Great Britain, gave a dazzling performance on the stage, which was lit up in shades of yellow and blue.

The most outstanding participants

Among the participants were Katya Khanyukova from Ukraine and Natalia Osipova from Russia. There were also dancers from the United States, France, Japan and Argentina at the event, which organizers say raised at least 140,000 pounds ($184,520) in response to an appeal by the Ukraine Disaster Emergencies Committee.

“Many artists have contacted us and expressed their desire to participate,” Petrov said. “How inspiring this support that people have given has been, but we need more support in Ukraine and more support from various governments around the world. world”.

Russia invaded Ukraine on February 24 in what Moscow called a “special operation” to disarm its neighbor. The UN human rights office said at least 847 civilians had been killed and 1,399 injured in Ukraine as of Friday. More than 3.3 million refugees have fled Ukraine across its western borders, while nearly two million others have been displaced within the country.