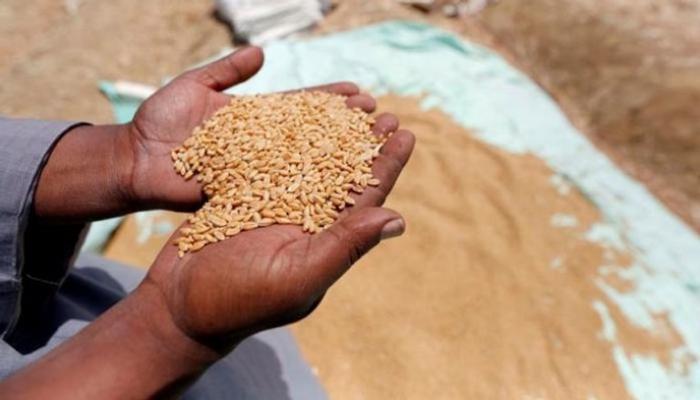 Decisions to ban wheat exports from Russia, Ukraine and Hungary dealt a heavy blow to prices, while Argentina’s name came up to rebalance grain markets.

The world economy, which has not yet recovered from the crisis of the Covid-19 epidemic, faces the threat of war in Ukraine, a sharp increase in the prices of raw materials and an increase in the price of wheat, which reached its highest level. in 14 years during the past week.

Food shortage fears are rising after several decisions to ban wheat exports, as the Ukrainian government imposed export restrictions on some agricultural products in 2022 in light of the Russian war, according to the Interfax-Ukraine news agency. .

According to a decree, it was now necessary to obtain a license from the authorities to export wheat, poultry meat, eggs and sunflower oil, and restrictions were also placed on the export of livestock and their meat, salt, sugar, oats and buckwheat.

Russia, which produces more than 11% of the world’s wheat, has imposed restrictions on exports of wheat, barley, oats and other cereals.

The German agricultural trading company BeiFA has warned that Hungary’s decision to impose a ban on its grain exports would exacerbate the looming world food crisis.

“The intervention of the government of Hungarian Prime Minister Orban in the free trade movement is exacerbating the crisis of hunger and food distribution in the world,” said Klaus Josef Lutse, CEO of Payfa.

Lutse said Hungary’s grain export ban could affect the EU’s maize supply, as Hungary is the bloc’s largest maize producer and the EU is heavily dependent on maize imports from Ukraine.

In the face of this ban, Argentina, Australia and India stand out for rebalancing the global grain market, and the US Department of Agriculture said that other wheat exporters will only be able to make up part of the deficit caused by the war, according to Agencia de Noticias Bloomberg.

The ministry raised its estimates for exports from Australia and India, which are seen as the largest exports in history.

Bloomberg said global wheat stocks are rising, with the crop in Australia rising on the back of around 30 million tonnes of output, which may mitigate the fallout from the war in Ukraine, which disrupts around 25% of global trade. wheat.

Australia is gearing up for a record wheat crop this season, and India’s strong export pace will continue due to large stocks and high international prices, leading to a surge in Indian wheat exports in late February. passed to 6.6 million tons. .

He said: “We will have enough stocks of wheat, and the new crop will also be available to private players for normal export.”

India’s export earnings and farm income are expected to rise in the coming period with rising wheat exports to the European Union. India has over 100 million tonnes of food grains in government grain stores .

According to Terry Riley, a senior commodity trading analyst at Futures International in Chicago, the numbers “do not seem to reflect the problems in the Black Sea region, but it is currently difficult to predict the future flow of wheat.”

Argentina is a key player

Argentina announced an increase in its annual wheat export quota for the 2022-2023 campaign by 8 million tons, up to a total of 10 million tons, to benefit from the rise in international prices.

Argentina, a major grain producer, is limiting wheat exports in an effort to secure local supplies and prevent price hikes.

The share of new exports after their increase remains lower than in the previous cycle 2021-2022 when Argentina allowed the export of 14.5 million tons of wheat.

Argentina, which in 2020 was the seventh largest wheat exporter in the world, has already sold almost all the wheat it will export in the 2021/22 campaign for 13.9 million tons, according to data from the Rosario Stock Exchange.

These increases in wheat exports from Argentina come amid a lack of supplies globally, with the Latin country emerging as a major player in the wheat market in the Middle East. Supply shortages in Canada and the United States also witnessed an increase in demand for Argentine wheat. .

Wheat-consuming countries look to Argentina to cover their requirements, especially Brazil, the neighboring country that depends mainly for its sufficiency on wheat from Argentina, since the latter exports 45% of its production to the former.

Argentina is one of the most important grain and oilseed producing countries in the world, since it meets most of the world’s needs for wheat, soybeans and meat, it also leads and tops the list of soybean meal and oil producing countries, since that the farms are spread over vast areas in the eighth largest country in terms of area, ranking fourth in terms of area. Where is the agricultural production.

- Advertisement -
Share
Facebook
Twitter
Pinterest
WhatsApp
Previous articleThe traffic light analyzes a new fuel and energy relief plan, which could arrive now
Next articleVoices: With the world the way it is right now, we need to stop saving things for tomorrow and seize the day.